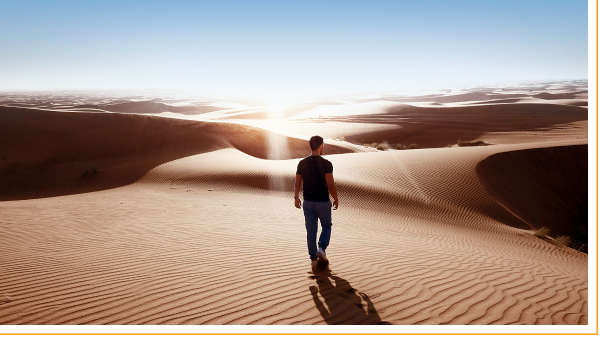 I grew up among the middle classes. My family were not as wealthy as many in the Jewish community in which we lived, but looking back I see that we were always fed and clothed and had a warm roof over our heads. We, that is my four siblings and I, undoubtedly thought that we were hard done by at times, but in truth nothing that we genuinely needed was ever really missing from our lives. And yet each year, as I sat at my grandparents’ seder table, I would try to imagine what it would be like to be a slave as they were liberated from Egypt. I imagined being our ancestors so fearful of their former taskmasters that they were willing to wade into water so high that it lapped at their nostrils, to risk drowning, rather than return to the servitude of Egypt.1

My grandparents had the most incredible wall paper in the small room off the side of their formal sitting room, the adjacent rooms that were transformed into the setting for our seders each year. This wallpaper, in best 1950s graphic design, was a map of the route the Israelites took of the exodus from Egypt through the Israelites wanderings in the desert until they reached the Promised Land. I have no idea where this wallpaper came from, but it lit my imagination every year. The children always sat in the smaller side room and we had a perfect view of said wallpaper as we listened to my grandfather retell the story of the Exodus. Tracing the words of his story along the routes on the map that adorned the walls around me, I could pretend, like some magical Mary Poppins sidewalk chalk drawing, that I had popped into the walls and was walking alongside the ancient Israelites as they fled through the sands to the Sea of Reeds.

And yet what did I, sitting comfortably in Oklahoma City in the mid-1970s, truly know of slavery or liberation? How was I meant to imagine it? The Exodus was a fairy tale, viewed through the lens of that great 1956 Hollywood blockbuster, The Ten Commandments. The Israelite slaves all wore something like elaborate drapery and looked well-fed and suntanned.

But I knew, as I know now, that we are not merely meant to imagine what it must have been like to have been a slave, but rather to understand ourselves alongside our ancestors actually going out of Egypt. Had it not been for Moses leading us out, we, too might still be enslaved in Egypt. Even now. Even today. Even this very moment.

Why? Why does the Haggadah enjoin us not just to remember but to put ourselves in that place, in that moment in time, and believe ourselves to have been part of it? Doing so can connect us across dimensions of time and space, tying Jewish peoplehood together in this foundational narrative. But it can also tie us, as individuals and as a people, into trauma. And Jewish history is so full of trauma that we can too often, inadvertently, come to understand the message of the exodus as the starting point of a history that is built only in trauma – slavery, destruction, exile, massacre, genocide. Sometimes, living in that moment of liberation is too much a reminder that to be liberated, one must first have been oppressed, been a slave. And in the memory of every oppressed human being is the knowledge that oppression – no matter where one is, no matter how safe the world may appear – is an ever present threat.

Yet, the great theological insight of the Tanakh is that this lesson of fear and perpetual anxiety is not what we are to learn from the experience of the exodus. In leaving Egypt we are commanded to break the vicious cycles of intergenerational trauma. To be there that day, leaving Egypt is to know the heart of a slave so that we may never be masters.

We are told no less than four times in Torah that the lesson we must learn from our time in Egypt is to become empathetic and for that empathy to empower us:

You shall not wrong or oppress a stranger, for you were strangers in the land of Egypt. [Ex 22: 20]

You shall not oppress a stranger, for you know the feelings of the stranger, having yourselves been strangers in the land of Egypt. [Ex 23: 9]

The strangers who reside with you shall be to you as your citizens; you shall love each one as yourself, for you were strangers in the land of Egypt: I, The Eternal One, am your God. [Lv 19:34]

You too must befriend the stranger, for you were strangers in the land of Egypt. [Dt 10:19]

Scholars debate over the exact meaning of many of these terms, not least of which is the term, גר, ‘stranger’. Does this term truly mean someone completely unknown to us or does it refer to someone who dwells among us, but is not, per se, a member of our community? And, of course, though each of these verses tells us כִּֽי־גֵרִ֥ים הֱיִיתֶ֖ם בְּאֶ֥רֶץ מִצְרָֽיִם, ‘you were strangers in the land of Egypt’, we know from the words of the Haggadah that we were not ‘strangers’ in Egypt, but rather עֲבָדִים הָיִינוּ לְפַרְעֹה בְּמִצְרָיִם, ‘we were slaves to Pharaoh in Egypt.’ (And from there we enter the thorny ground of what slavery meant in the ancient world – was it like the slavery of pre-Civil War United States or more like indentured servitude?) Why do we retain these different terms for what we were in Egypt?

גר comes from the root to do with living. Sometimes the word is translated as ‘a sojourner’, someone who dwells somewhere temporarily, like migratory workers or displaced persons/refugees. עבד comes from the root to do with working. It is variously translated as ‘slave’, ‘servant’, ‘forced labourer’, ‘vassal’.  The words are clearly not synonymous, so why are they conflated in our collective memory of who we were in Egypt? Migratory workers or forced labourers? Refugees or slaves? Perhaps who we started out as – refugees from famine willing to migrate for work and food – became something else, people oppressed and mistreated precisely because the Egyptians did not know how to treat us.

It’s a salutary lesson for the modern world. How we treat those in need, whatever their need may be, will define us for millennia to come. The most vulnerable in our world need us to remember what it was to be as vulnerable as they are so that we can act with compassion, hospitality, and generosity. I was reminded of that recently, not by the Haggadah, but by a fellow progressive Jew.

I went to a simcha not long ago. As the family celebrated an important milestone in their lives, I chatted to numerous relations and friends. Sat among them, playing with the youngest member of the family, was a man I did not know. We exchanged pleasantries briefly and he went on gently rocking the baby on his knee and chatting to others. Later when I asked whether the baby had gone home, I discovered that she had been taken home by the man to whom I’d been introduced. I was told that he had once been an asylum seeker, who found refuge in the home of this young family, but through their hospitality he had been able to find work, move out, and begin making a life for himself. I was also told that he was no longer considered an asylum seeker; he was part of their family.

For me that is quintessentially what it means to act on knowing the heart of the גר, the stranger. It is what comes of each year allowing ourselves to be liberated from Egypt, not to be traumatised, but to learn to be empathetic human beings. In this fractured world full of so many of traumatised people across our global family, let us see into their hearts, let us know, let us find ways that each of us can reach out and support those who most need it. Let that be our message this Pesach.

1 Like the story of Nahshon ben Aminadab in B. Sotah 37a.

Please fill out this form to share "In every generation a person is obligated to see themselves as though they went out from Egypt… | Pesach" via e-mail.