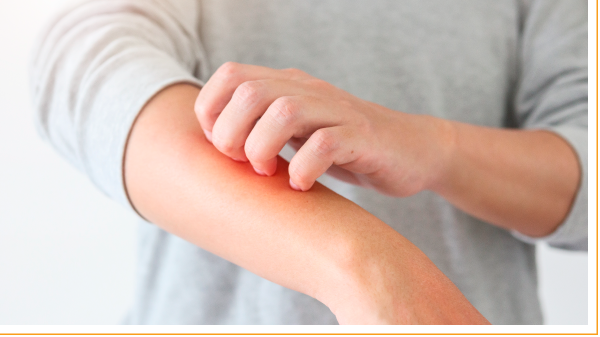 When the request was sent out to WUPJ Rabbis to undertake a commentary on a weekly sidra, within a couple of hours every sidra but one had been taken – This one. I mention this because it is revealing of areas where many Progressive Jews seem to feel uncomfortable or feel perhaps that a specific text has little to say to us of an instructive moral nature. But – for myself, I find these passages amongst the most fascinating. You see, I have never visited either the Tabernacle or the Temple, I own no fields or slaves, I have never encountered a Midianite (though perhaps a few Amalekites in my time) – but I do have a Skin. All over my body, in fact. Even under my beard. Even under my clothes. And should anything go wrong with this skin, it is not just a surface matter but something that can penetrate deep into me and affect my mood, my behaviour, my ability to function as a member of society.

Not only that, but every person I encounter also has a Skin. Some flaunt it quite proudly, even erotically, others hide it for various reasons, whether linked to the climate or to personal shame, or they smear it with cosmetics. There was a phase of my life when I seemed to have more bits of my insides forcing their way out through my skin than was comfortable; It was no use being told not to scratch, of COURSE one did.  Even now there is that wonderful feeling that we all have (but nobody talks or writes about it) when you can get your fingernail under a dry bit of old scab and flick… Ooooh! Brrrr!

I meet constantly people with skins of different colour to mine; I meet people with wounds, scars, signs of having being burned, suntans or sunburn, freckles, swellings, wrinkles, ‘liver spots’, smile-wrinkles, people who are sweating, and I sometimes gain great pleasure by gently touching the skin of someone else who also enjoys it. So you don’t have to be a dermatologist to understand that the way we relate to our and others’ Skin is theoretically as important as how we relate to ourselves and other people in any other way.  Look at the signs in Me’ah Shearim or at the Kotel urging ”females to cover their skin”! For the local Haredim this is seemingly more important than their souls. Leviticus chapters 12 and 13 should really be ”up there” together with chapter 19. After all, as a Progressive Rabbi in a world turning increasingly to the right, one needs a thick skin too.

In fact Chapter 12 deals first with a new Mother and how she should be treated and be guaranteed some time for herself and whether she can be present at her son’s Brit Milah. Having been several times a father but not a mother, my relationship to this passage is more peripheral – especially since the father of the child is not mentioned at all in this chapter! It is a private matter between a new Mother and God – but it still reflects a vital truth, that Everybody was born once. Even Progressive Jews. Have we no concept of this? Giving birth is a wonderful but a very messy business – it can also be very painful and very dangerous – a Mother has her own perspectives separate from any feelings the father may have.

Then in Chapter 13 we turn to issues of scabs and spots and what seems to be mould in textiles – probably not what we often call ‘leprosy’, Nansen’s Disease, but nevertheless something which is understood by the Torah to be the external sign of an internal problem. It is something which appears on the surface and cannot be hidden from others. Has it come from within, has it been caught from someone else and, if so, how? We live in a world riven – still – by genital warts and sexually-transmitted diseases and Herpes Simplex and why should we pretend that these topics are of no relevance to us? After several decades of rabbinic experience one learns that the issues which most concern my congregants, deep down, are precisely those matters which are the least discussed, about which we do not write moralistic articles and sermons, which we remain silent about and where we do not offer the help and reassurance they need. The Torah is not so shy. It is not only Beauty which is in the eye of the beholder, but all our concepts of being attractive or not and so much of our self-confidence and self-image depend on shallow externalities.  See Proverbs 31:30 –”a woman who fears God is a better catch than one who is merely pretty.” (I know this sounds one-sided, but according to 31:1 this is what his mother taught Lemuel! That ”beauty is only skin deep”. Here she was however wrong – it is Prettiness which is skin deep, Beauty goes much deeper….)

Of course the language used does not reflect modern clinical medicine (you are welcome to replace the word ”Priest” with ”Specialist” if it helps) but the situation it describes is immediately identifiable and not just in a world filled with Corona viruses: How should we react to someone who is palpably unhealthy? How can we tell whether they are infectious? How can we be sure that whatever it was has been cured? How can the afflicted one cope with the social isolation and How can he or she then return to normal life? What will their relationship be afterwards to friends, relatives and neighbours who turned their backs on them and left them alone with their affliction? What fears will they harbour of a recurrence of whatever the outbreak was?  It can happen to anyone, any time. From an insect bite, up to and including melanoma, skin cancers. If Judaism has a lot to say about Pigs it also has much to say on Pigments.

So do not sneer at these chapters. They reflect real concerns, real fears. Having spent some years now confronting an invisible virus, let us not overlook visible symptoms and the need not only to be healed but to FEEL healed. What was it like when the Cohen turned to someone and said ”You are now Clean”? I’d bet you too would feel like bringing God a gift to show your joy and your relief.

So I am glad I was allocated this sidra. There is just one Commandment in it, but an important one we must tell our children: ”Don’t scratch it!!” ד

Please fill out this form to share "Each itch can reach a pitch in which the catch is a scratch. Or: to be in kin is no sin. | Parashat Tazria" via e-mail.