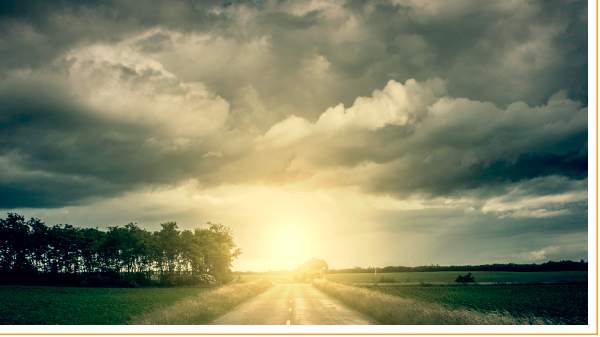 Leviticus and Deuteronomy are often compared and contrasted particularly with respect to their presentations of the priesthood and the sacrificial service. As literary constructs, they share the common feature of being monologues. In Deuteronomy, Moses gives an essentially unbroken speech to the Israelites. The speech ends (Chapter 30), followed by a postscript of sorts: Moses designating Joshua as his successor, conferring final testaments to the tribes, and dying on a mountain overlooking the Land.

Leviticus is God speaking to Moses. In contrast to Deuteronomy, however, the monologue is interrupted at two points: in Chapter 9-10, the bulk of parashat Shmini, and again in Chapter 24. These two breaks mark a definitive transition in the flow of the text. After the second break, for instance, a brief narrative describing an incident of blaspheming and its consequence, God’s address to Moses moves from the Tent of Meeting that is set in the middle of the Israelite encampment, to Mt. Sinai, outside – and above – the camp.

The first break, which is the object of our attention, follows the initial section of the Book, a detailed description of the variety of sacrifices to be performed by Aaron and his sons. Here we have a longer narrative that is itself broken by two disruptions. The narrative relates the investiture of Aaron and his sons as the priests. The ceremony is presented with Aaron following the precise details as provided by Moses. He concludes the sacrifices and blesses the people (Lev. 9:22). Nothing happens. Moses then ushers Aaron into the Tent of Meeting. They emerge, “fire came out from before the Eternal” consuming all of the sacrifice, and the people acknowledge that Aaron as their priest (9:23-24). The fire should have erupted upon Aaron’s blessing. When it did not, he followed Moses into the Tent where God’s presence was felt, came out and tried once more with success.

The second disruption is more familiar and dramatic. The investiture is essentially over, yet Nadav and Abihu, Aaron’s eldest sons, come forward with their own – “alien fire” (10:1) – before God. Once more, God sends out fire, but rather than consuming a sacrifice (there is no sacrifice on the altar!), the blast consumes the two sons. There is upset; even Moses is briefly disoriented. When all calms down, God recommences the monologue, now focusing on the qualities of ritually clean and unclean (tahor and tamei).

The episode of the death of Nadav and Abihu can be given over to many interpretations and lessons. I wish to offer this one. The disruptive narratives in Leviticus can be mapped onto similar incidents in Exodus and Numbers. In Exodus, the first section of the Book takes place in Egypt. Then, upon beginning their escape from oppression, the Israelites find themselves at the shore of a sea with Pharoah’s army bearing down on them. The choices seem to be return or die. The sea is split, the Egyptian sojourn is over, and Exodus continues with the journey through the wilderness.

Numbers begins with the Israelites still encamped at Sinai, and getting organized for the crossing of the desert. They quickly move to the border of their destination. Ten of twelve scouts give them a disheartening report regarding their chances of settling in the Land. Once more, their choice seems to be return or die. Rather, they are consigned to wander through the wilderness for a generation.

Leaving aside the parallels with the blasphemer narrative as material for another discussion, the three episodes here can all be predicated on a crisis of faith. For Exodus and Numbers, it is choice of move forward despite the risks, or return. In Leviticus, it is a personal crisis. First, was Aaron truly prepared for the responsibility of High Priest?  He was, once assisted by his brother. For Nadav and Abihu, was the explicit sign of God’s approval of Aaron’s priesthood enough to include them?  They could have turned to their father, as their father had turned to Moses. Rather, they set out on their own, and paid the consequences.

One can see how the first break in the narrative points back to Exodus and the sea. They turned to Moses and went forward. The second break points forward to Numbers and the report of the scouts. They lacked faith and were doomed to aimless wandering.

Jewish history is replete with such inflection points. How do we confront an uncertain future: with fear or with faith?  In nineteenth-century Europe, the physical and judicial boundaries that circumscribed Jewish communities began to be lifted by the modernist forces of emancipation. Jews were presented with a choice: return to the familiar and comforting structures of pre-modern tradition, or forge ahead. The Reform Movement chose the latter. Progressive Judaism has always been characterized by an innate optimism; that despite occasional drawbacks and disappointments, a creative response to the future is the key to redemption.

We continue to face the challenge. Let our model be Aaron, who was able to move forward once he turned to the foundational support of Moses, the one whose face was ever turned toward God.

Please fill out this form to share "Disruptions and Connections | Parashat Shemini" via e-mail.