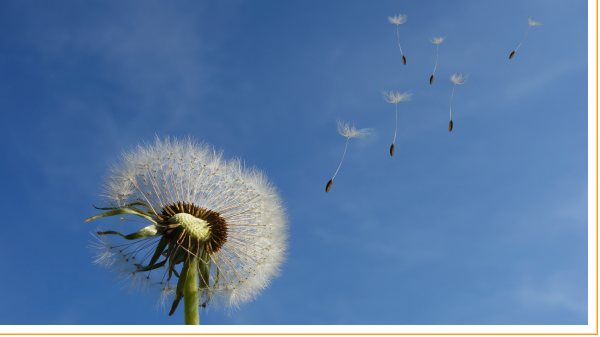 “As people of faith or people who hold deep values of respect for others and the rest of creation, we must live our lives not always comforted by the holy, but haunted by God’s call to us to live a prophetic and spirit-filled life, and not just talk about it or wish for it or think about it…”
– Emilie M. Townes, Womanist Ethics and the Cultural Production of Evil

The book of Exodus tells a story of freedom and liberation that places God directly in human history as an agent of transformation. As American theologian Dr. James Cone writes, “This is the God of power and strength, able to destroy the enslaving power of the mighty Pharaoh.” (James Cone, God of the Oppressed) After 400 years in bondage, the Israelites move from slavery to freedom, breaking a cycle of oppression that has lasted for generations. With this radical rupture, the Exodus introduces a theological paradigm grounded in hope. As political theorist Michael Walzer writes: “God’s promise generates a sense of possibility: the world is not all Egypt.” (Michael Walzer, Exodus and Revolution) At the very center of this 40-chapter book, exactly halfway through, is the encounter between God and the people Israel at Mt. Sinai: the giving of sacred words that call the people to construct a new kind of life. Exodus does not only set forth a new theological vision; it offers a new paradigm for human history, as well. Liberation Theologian Gustavo Gutiérrez writes in his A Theology of Liberation:

“To conceive of history as a process of human liberation is to consider freedom as a historical conquest; it is to understand that the step from an abstract to a real freedom is not taken without a struggle against all the forces that oppress humankind, a struggle full of pitfalls, detours, and temptations from which to run away. The goal is not only better living conditions, a radical change of social structures, a social revolution; it is much more: the continuous creation, never ending, of a new way to be human, a permanent cultural revolution.“

The Exodus story generates not just possibility, but responsibility – a clarion call to participate in the revolution for liberation which began when the Israelites crossed out of Egypt and set out to build a new nation in partnership with God.

The Mishkan, God’s dwelling place in the wilderness, is at the center of Israel’s liberative process. In Parshat P’kudei, the Israelites finished construction of the Mishkan. As the book of Exodus closes, we read, “Thus was finished all the work of the Mishkan of the Tent of Meeting; and the children of Israel did according to all that Adonai commanded Moses, so they did.” (Exodus 39:32) And again, 10 verses later: “Just as Adonai had commanded Moses, so the Israelites had done all the work.” (Ex.39:42)

These statements convey a sense of completion, the arrival at an end point, of “mission accomplished.” Yet the last sentence of the Book of Exodus gives us anything but closure; it is strikingly open-ended: “For over the Tabernacle a cloud of Adonai rested by day, and fire would appear in it by night, in the view of all the house of Israel throughout their journeys.” (Ex.40:38)

Though they are free from Egypt, the Israelites are still on the march, still on their journey; in fact, they are just beginning to live into the project of liberation. Womanist ethicist Emilie Townes offers a helpful distinction between freedom and liberation:

“Liberation is a process. Freedom is a temporary state of being. It is more of an event we point toward, work for, and hope for…Liberation is the process of struggle with ourselves and with each other that begets the transformation of all of us to our full humanity. Liberation establishes freedom, yet it must go on to explore greater dimensions of personhood. Liberation cannot be content with the situation, despite the health it may produce for people. There is always the possibility of being transformed anew…Liberation is dynamic. It never ends.” (Emilie M. Townes, “Ethics as an Art of Doing the Work Our Souls Must Have”)

Liberation cannot end, for one thing, because the future continues to pose its own challenges. Thus, we find in the original instructions for building the Mishkan, this verse; “Exactly as I show you – the pattern of the Tabernacle and the pattern of all its furnishings – and so shall you make it.” (Ex.25:9) In the phrase “and so shall you make it,” Rashi notes the problematic word “and,” which appears redundant, and seems to mar the grammar of the sentence. He explains that “and” here means ledorot – through the generations. If the vessels of the Tabernacle are lost or broken in the future, they will have to be repaired. When the first Temple is destroyed, another will have to be built. The work of construction – the work of creation – goes on. Perfection is forever out of reach; the people Israel must engage in a perpetual striving for something better.

The other engine of ongoing progress towards liberation is the gift of human creativity. Betzalel, the chief artisan behind the construction and design of the Mishkan, exemplifies this quality. He is not simply an automaton programmed to follow directions; he is an artist. Though the Israelites constructed the Mishkan based on God’s instructions, Bible scholar Avivah Gottleib Zornberg notes “the differences between the original instructions and the executed work… These changes open up space for a notion of inspiration or of improvisation.” Thus, Zornberg raises the possibility that Betzalel also incorporated his own improvisations – – his own fingerprints, if you will – on God’s blueprint for the tabernacle.

Zornberg cites a teaching from Chasidic master Rabbi Levi Yitzhak of Berditchev (1740-1810), who, like Rashi, was struck by that seemingly superfluous “and” in Exodus 25:9:

“Exactly as I show you – the model of the Mishkan and the model of its furnishings – and so you shall make it.”

Levi Yitzchak writes, “Moses and his generation conceived of the sanctuary by their own light, their own prophetic vision-‘and so you shall make it’: through the generations, you shall make God’s sanctuary according to the visions of your own time and place.” (Avivah Zornberg, The Particulars of Rapture: Reflections on Exodus)

Rashi and Levi Yitzchak have done something remarkable here. In this sacred text – ostensibly about a project being “finished” exactly according to God’s directions – they saw something else entirely: an energetic, open-ended worldview, powered by human creativity, responsive to the challenges of each generation. The generation of Moses – the generation that received the blueprint for the Mishkan directly from God – “improvised” during construction. What does it mean for us today to take in that stunning idea? How might we grapple with Levi Yitzchak’s teaching, offered in the 18th century, that future generations will need to respond to “the visions of their own time and place?”

As we come to the end of the Torah’s second book, we are lifted by the strength of a propulsive vision for the future. It is a vision of human and societal transformation – offered by a God who embodies hope and possibility, pursued by human beings who embody responsibility and creativity. Liberation is a dynamic process; it demands ongoing revolution and perpetual innovation. In the Jewish story, the project of liberation begins when the Israelites leave Egypt and reimagine themselves and their purpose in partnership with God. The Exodus is an invitation for us to step into that eternal project, to hold our own vision for liberation alongside that of the generations who came before, and to carry forward God’s blueprint for our world.

Please fill out this form to share "A Blueprint for Our Vision of Liberation | Parashat Pekudei" via e-mail.