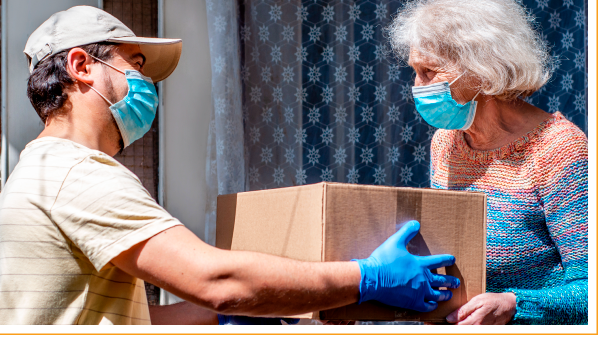 I want to be with people who submerge
in the task, who go into the fields to harvest
and work in a row and pass the bags along,
who are not parlor generals and field deserters
but move in a common rhythm
when the food must come in or the fire be put out.
-Marge Piercy, from “To Be Of Use,” (Circles on the Water: Selected Poems of Marge Piercy, Alfred A. Knopf, 1982)

One weekend in January, an Afghan refugee family that we were working with suddenly moved into an apartment in Queens, New York before it was ready for them. They were expected a week later, once the apartment had been furnished and supplied with essential items, such as bedding and kitchen items. In a panic, we put out the urgent call for everything that this family needed. Immediately, our volunteers stepped up and sprang into action, and within 3 days, this family had everything they needed to begin to feel at home in their new surroundings.

This was the most recent task for our new coalition, Upholding Humanity, formed earlier this fall in response to the recent Afghan refugee crisis. Several institutions of faith and non-profits serving the Long Island area compose the coalition, which currently seeks to support the resettlement of Afghan refugees in the New York area. Since we began our work in November, we knew the enormity of the task, and that such sacred work could only be accomplished with ample resources. We first worked to secure the finances needed to begin our work, but we knew that our greatest need would be for a dedicated team of volunteers, people who were ready and willing to do the work when called upon. In January, when our volunteers leapt into action to care for this family, we knew we were on the right track.

The recognition of the value of volunteers is underscored in this week’s parsha, Parshat Vayakhel. The text continues the description of the construction of the Mishkan, the sacred space where God will dwell amongst God’s people. Many scholars have noted that, in contrast to the previous parshiyot,  this week’s parsha shifts its focus from general instructions to specific implementation. Such a shift is reflected in the language describing the Israelites’ hearts. Whereas earlier in the narrative, which call the Israelites to be materially generous (yidvenu libo), this week’s parsha emphasizes two other characteristics of the people: asher nisa’o libo (those whose heart stirred him up) and hakham lev (wisdom of heart). As Rabbi Shai Held notes, “While the contributors [of the Mishkan] must be ‘generous of heart,’ the actual builders must be ‘wise of heart’ (hakham lev). The Torah seems to go out of its way to emphasize that both the giving and the constructing must be done with ‘heart.’ (Rabbi Shai Held, The Heart of Torah, Volume 1, The Jewish Publication Society, 2013, pp. 217-218)

While material generosity is critically important to the success of any major project, our parsha reminds us that it is not sufficient. Rather, the construction of sacred space needs individuals who offer a different kind of generosity as well: a generosity of presence. These people are willing to show up, roll up their sleeves, and help in any ways that they can. Nachmanides notes that the Torah underscores this important action by using the language Asher Nisa’o Libo, those whose hearts stirred them up, to distinguish those who were materially generous from the “wise people who did the work.” Moreover, he points out that these individuals who undertook the task did so even while lacking the expertise or training (Nachmanides on Exodus 35:12). In order to build the Mishkan, in order to construct that which is holy, the Israelites needed to dedicate themselves to the task at hand, even if it meant stepping out of their comfort zone and risking failure.

The value placed on jumping into the work without training might seem to be in contrast to the third characteristic described in our parsha: hakham halev, wisdom of the heart. This term, which describes the architects and engineers of the Mishkan, speaks to their experience and skills. Perhaps, however, we can understand these three descriptions not as mutually exclusive, but rather as a personal growth process. In order to be part of a sacred community, we must begin from a place of generosity. However, our Torah portion reminds us that the construction of sacred space requires us to be present as well, to give of ourselves, even when we might not feel ready, or when we doubt that our presence will make a difference. It is only through showing up and taking risks that we can gain wisdom and grow into our fullest selves. May each of us find the strength within ourselves to listen to our hearts when they stir us up, and be willing to submerge in the task when called upon to do so.

Please fill out this form to share "Submerging In The Task: Creating Sacred Space And The Power of Showing Up | Parashat Vayakhel" via e-mail.