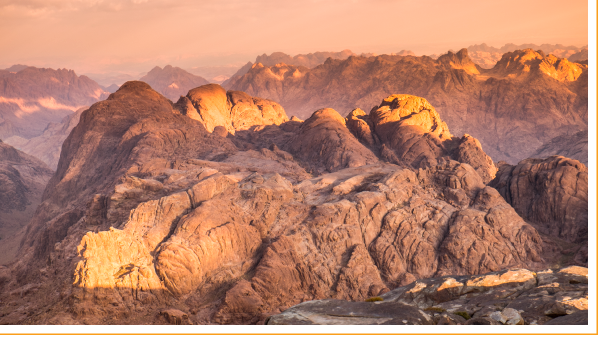 You are using crutches after a recent surgery and need to enter the supermarket. As you realize the store is not accessible, several people walk quickly in without holding the door. You are invisible.

I thought of these and other moments of invisibility as I reread Parashat Yitro. Did Moses do everything he could to include all the members of the community? Or did he act like the co-worker and the shoppers? Were God’s instructions inclusive or did God make some individuals feel invisible?

After two months of wandering, the Israelites arrive at Sinai and make camp. Moses speaks with God and receives the instructions, which God intended for Moses to repeat.

In Exodus 19, God tells Moses to tell the people:

“Warn them to stay pure today and tomorrow. Let them wash their clothes. Let them be ready on the third day, for on the third day Adonai will come down in the sight of all the people on Mount Sinai.” (Exodus 19:10-11)

God’s instructions are clear and directed at Kol Ha’am, all the people. Everyone should prepare and be present on the third day. These three days allow time for reflection on each individual’s role and willingness to participate at Sinai. Each person has time to prepare and for their clothes to dry.

Then Moses repeats God’s warning to stay pure and adds:

With four Hebrew words, Moses divides the community and makes the women feel excluded and invisible. Suddenly women are ‘the other,’ different and distinct. This verse is a precursor for other biblical instances when women are excluded and invisible, and laws are applied to them indirectly as something that a man should not do to them, such as “You shall not covet your neighbor’s wife. (Exodus 20:14)”

“Entry into the covenant at Sinai is not just a one-time event, but an experience to be reappropriated by every generation (Deuteronomy 29:13-14) Every time the portion is chanted, whether as part of the annual cycle of Torah readings or as a special reading for Shavuot, women are thrust aside once again, eavesdropping on a conversation among men, and between men and God. The text thus potentially evokes a continuing sense of exclusion and disorientation in women.”

How can we explain the repeated references that Kol Ha’Am, the entire community, was present and included in the moment of sacred revelation? If the women were not there, how and when did they hear and learn the words that were revealed on the mountain?  Does the verse reverberate a sense of exclusion every time it is read? Or has the liberal community claimed the Torah for Kol Ha’Am, for the entire community?

But perhaps, we are not seeing the full picture. Rashi interprets the verse as enabling the women to immerse themselves and be pure in order to receive the Torah. According to the laws of ritual purity, if they have sexual relations within the three days, the men would cause the women to be impure and the women would be prohibited from participating. Thereby Moses is guaranteeing that the women are included. In addition, some rabbis thought women were more careful about all matters of ritual observance and purity. Over the course of time, women became responsible for ritual instruction for their young children.

There is a problem with this argument, because it does not allow for questioning and interpretation. When Moses changed God’s words, wasn’t that a chutzpadik act of interpretation on Moses’s part? Moses opened the door to questioning who was included in God’s instruction. Who was the weak link in Moses’s mind? Who needed further clarification of God’s command? It wasn’t the women. The change applied to the men, who, in Rashi’s perspective, would be distracted and tempted by physical pleasures instead of preparing spiritually.

As modern liberal Jews, we look at Torah through the lenses of history. Patriarchal, classical and feminist interpretations each have a place on our shelves and we select the interpretation, which fits our needs and enhances our understanding. We can choose to see women as excluded at Sinai or we can view Moses’s change as a means of ensuring that the women would be ready – or even both

The interpretation is yours to make.

Please fill out this form to share "Were you standing at Sinai? | Parashat Yitro" via e-mail.