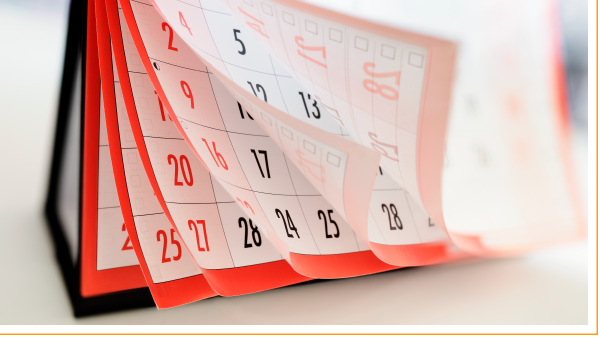 There is a certain turn of phrase that I have often heard rabbis – including myself now and then – make. It will frequently happen at a birthday blessing. We will say something like, it is not the count of our days that matters but rather that we make each day count. It’s a nice little rhetoric trick, turn the words around, changing their order, and you end up reversing the sense. Instead of a lot of days, you end up with a single significant day. It’s nice; I’ll probably use it again. But it raises the question – what kind of days count, exactly. What does this advice actually counsel?

On the one hand, we know which days count:  the big days, the momentous occasions, the bat mitzvah celebrations, if you will. These are days which we take pictures of, record in scrapbooks, tell the stories of again and again. They are the kind of moments in which we can track the big changes in our lives. Graduations, the sweet 16, when we turn 21, when we get married, when a child is born. No one can argue that these are important days.

On the other hand, our lives are not really made up of those days. Sure, they happen every now and then, but we generally spend a lot of time working up to those days. What about that time?  What about the lazy afternoon spent with family not really doing anything – maybe watching a movie or a football game?  Or even the long hours that we spend doing what we do all the time – whether that is going to school or going to work?  Do those times “count?”  The rhetorical turn of phrase makes it clear that we should be getting something out of our time, but momentous occasions, by their very nature, do not happen all the time. Are the rest of the times significant, too?

We have a clue to the answer in this week’s Torah portion. In it, we read of Moses’ first encounter with God. He is grazing his sheep, and he sees a wondrous event—a bush that burns but is not consumed. Moses turns aside from what he is doing and approaches the bush. Then God starts talking to him. The burning bush is an interesting method for an epiphany. On the one hand, the ancient rabbis are apt to point out that the choice of a bush for this revelation is one that shows, by its very lowly nature, that God can be found everywhere, not just in “sacred” space. But, on the other hand, bushes that burn without being consumed are not your everyday occurrence. They are the kind of thing that, once noticed, is remarkable. Indeed, if such a thing we to happen to me, or I wager any one of us, we would tell someone about it. Take a picture. Make a scrapbook. And we would go on telling about this moment, again and again.

So I looked up how many times Moses talks about this momentous moment. In the entire Bible, after the occurrence itself, there is only one mention of this event, in the second to the last chapter of the book of Deuteronomy, where Moses refers to God cryptically as the Presence in the Bush – no mention of any burning. I say cryptically because he is addressing the Israelites, but he has never been depicted as telling them about what happened at the Bush, so the people have no frame of reference. If we were sent to rescue our people and we showed up claiming that God had sent us, we would probably describe the encounter to the people. Moses does not. Further, the word for bush, sneh, apart from these two occasions, never appears again in the entire Bible. The supposedly common, lowly place from which God calls to Moses is not common at all.

And in the scene itself, when Moses sees this marvelous thing, once his attention is grabbed and God starts to speak to Moses, the bush leaves the scene— no more do we hear about this marvelous thing. So too is it with our perception of the world around us. There are flashes in the pan, but by and large what is lasting, what matters, are not the attention-grabbing moments, memorable as they are. What matters in life is what comes before and after big moments, in quiet conversation person to person, in the in-and-out of life – the connections that we make between ourselves and those we love. It is in the in-between times that we set what the character of our lives is really about. Are we prepared for the big moment? Only if we use the time before it to prepare. So it is my wish for all of us that we have a large count to our days, and even more that we make those days count by filling them with day to day kindness, with day to day study, with day to day pursuits which, when taken together, make our lives as a whole significant. Not every day can be a bat mitzvah celebration, but every day can matter.