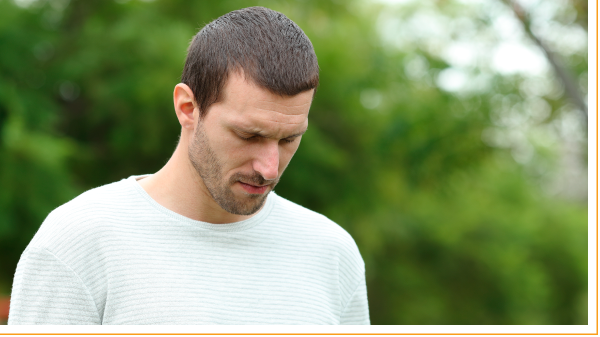 Last week’s Torah portion concluded when Joseph accused his brothers of stealing his goblet and promised to enslave Benjamin (Eskenazi & Weiss, 2017, Gen. 44:11-17). At the outset of Parashat Vayigash, Judah approaches Joseph, begging him to reconsider (Gen. 44:18-34). The content and tone of Judah’s message will create the opportunity for Joseph to reveal who he truly is.

Judah begins by entreating Joseph, politely requesting a conversation. Speaking on behalf of his brothers, Judah appeals to Joseph emotionally. He acknowledges their aged father Jacob, their dead brother (Joseph), and the terrible impact that Benjamin’s enslavement would have upon Jacob. Judah also accepts responsibility and guilt by saying that he told Jacob, “If I don’t bring him back to you, I will stand guilty before my father for all time” (Gen 44:32).

The Judah who approaches Joseph is markedly different from the Judah who seemed comfortable with the idea of selling Joseph into slavery and faking his death (Gen. 37:27). Rabbi Miriyam Glazer (2008) explains that having lost two sons of his own, Judah becomes capable of deep empathy for his father Jacob. Additionally, Judah recognises that his actions have consequences. He is afraid of failing Jacob and he cannot bear to consider the devastation that might unfold. Rabbi Glazer adds, “Judah’s experience illustrates that there are no instant transformations…Instead, the Torah teaches that only by fully confronting ourselves—by being open to what we learn from one another—do we grow; only thus are we truly able to change” (p. 278).

Judah’s demonstration of self-awareness, capacity for self-reflection, and emotional disclosure establish a safe container for Joseph to express himself in an equally authentic way (Wosket, 2002). Joseph carries the complex trauma of having been bullied repeatedly, attacked, thrown in a pit by his brothers, sold into slavery, falsely accused of sexual impropriety, and imprisoned in Pharaoh’s dungeon (Blue Knot Foundation, 2021; Polliack, 2009). Overwhelmed by his life experiences, Joseph can no longer control his emotions. He permits his sadness to break through and succumbs to sobs he held inside for far too long (Eskenazi & Weiss, 2017, Gen. 45:1-3).

Although the Torah explains that Joseph’s brothers could not answer him because they were disquieted by Joseph’s disclosure and concerned for their safety (Gen. 45:4-8), perhaps the situation was different for Judah. Perhaps Judah was not the least bit disturbed or terrified by Joseph’s display of emotion.

Following his appeal to Joseph, Judah never utters another word in the Torah. He does not need to say anything because a nonverbal response is also a response. By omitting any further comments from Judah, the Torah provides an invaluable lesson. Judah’s appropriate use of silence provides Joseph with an opportunity to go near himself, to express long-held emotion, and begin the painstaking process of acknowledging his suffering. In a different, yet applicable context, Mike Lew writes (2004), “Those awful feelings must be felt. This is no easy matter. Even though it is unlikely that anyone ever died of feelings, it can feel like dying” (Kindle Locs. 2891-2).

Judah does not resort to magic wands or magic words. He does not attempt to swoop in and remove Joseph’s pain because he is upset by Joseph’s expression. Judah accepts that Joseph has every right to his pain and his truth. He recognises that Joseph’s pain is unique. Like an effective therapist, Judah provides “warmth and prosody of voice, soft eye contact, open body posture, and [a] receptive and accepting stance,” which allows Joseph to open himself further in the context of their encounter (Geller & Porges, 2014, p. 184).*

Although Joseph’s brothers are cast into disarray by Joseph’s disclosure, Judah remains resolute. Having gone near his own pain (Glazer, 2008), Judah empathises with Joseph’s suffering and responds with presence rather than with words. It is easy to picture him gently placing his hand over his heart, feeling both his younger brother’s pain and his own, a gesture that speaks louder than any words.

Judah knows in his heart that Joseph’s honest disclosure is not to be feared. His brother is a suffering human being who forged his survival in the wake of oppressive and harrowing circumstances. And so, after speaking his piece and opening his heart, Judah accepts his brother lovingly. After many long years, Judah provides Joseph with loving presence and unconditional support without needing another word.

*In addition to the sources cited below, I have learned these lessons of pastoral and therapeutic practice b’shem omrim, from numerous teachers, colleagues, friends, congregants, and clients.

Please fill out this form to share "Without Another Word | Parashat Vayigash" via e-mail.