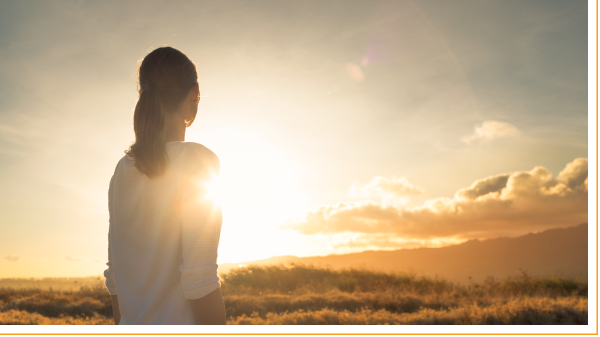 Rabbi Jonathan Sacks once said: “The name of our parsha seems to embody a paradox. It is called Chayei Sarah, ‘the life of Sarah’ but it begins with the death of Sarah. What is more, it records the death of Abraham. Why is a parsha about death called ‘life’? The answer, it seems, is that death and how we face it, is a commentary on life and how we live it.

Abraham knew that everything that happened to him, even the bad things, were part of the journey on which God had sent him and Sarah, and he had the faith to walk through the valley of the shadow of death fearing no evil, knowing that God was with him”.[1]

I see and feel profound meaning in this paradox. Sarah’s social status – and its impact on the future of her family and the people – was so great and significant, that not only did it not end at the time of her death, but in fact, it increased and strengthened subsequent to her passing.

Sarah’s physical death was turned into an intellectual path for a Jewish life. It had a direct impact on events following her passing – and her relationships became a role model for so many other relationships. Her relationship with Hashem, with her husband, her son, and even with her neighbours and the many people that she met.

Sarah, our mother, our Matriarch, the Mother of Klal Yisrael, was quite the “modern” woman. She led her life with a clear vision and purpose. She had the courage to follow her own convictions, no matter how progressive they were at the time. She led her life as a role model for women of her era … as well becoming a role model for the modern woman of the 21st Century.

I think, in fact, Sarah could teach our modern Jewish woman a thing or two.

We can’t forget that we live in a world of duality, of light and dark, hot and cold, male and female. Sarah knew that according to well-established laws, neither side of that duality was more important than the other. In fact, they were really different degrees of the same thing – and in truth, light could not even exist without darkness, and so too neither could men exist without women – and vice versa.

But – and there is always a but – if you focus your attention and energy on the negative, you will get caught up in it, and get lost in it. It is always better to have higher aspirations, to focus your energy and attention on the positive than dwell on even the smallest aspect of the negative.

We often get so caught up in our own lives, and in our own drama, that we seldom pay attention to the power and direction of Mother Nature. Let’s take a simple example of one mistakenly cutting oneself while preparing dinner for the family. The wound bleeds. Perhaps we run some water over it, or apply some pressure, and shortly thereafter we leave it alone. What does Mother nature do? She moves according to well-established laws, laws that are firmly in the direction of healing, and the wound begins to heal on its own. That is what Mother Nature does. It is only when we interfere with Mother Nature that things tend to go wrong. Left to her own devices we are generally in good hands.

Our part is in making ourselves aware of all that we should be. Our part is then in focussing our attention and energy on the positive energy that should be inspiring us because it surrounds us. We should focus on that which surrounds us and we should be doing all that we can to uplift those around us to see the same light as we see, and then allow Mother Nature (through the womb of time) to do what she does best. Let us not be consumed on every occasion by trying to sweep the darkness out of the dark room. Let us be like Sarah. Let us do what our Matriarch did: turn our attention to the light – and let us reach out and switch it on.

The Torah does not teach us to fight our enemies with such force and utter commitment – it teaches us to commit our every attention and effort to being directed and fastened upon this uplifting state of mind. I believe we would do well to follow that mitzvah. To ignore it would be to do so at our own peril.

We must seek truth in our world, and not be afraid to live according to those truths. And we must not be afraid to speak up when those truths are questioned. We must know that we have received a gift from our ancestors, and pass those gifts down, L’dor vador – from generation to generation – through the generations of mothers following Sarah and us.

We must live our lives as if we too, can change the world, and make it a better place for all its citizens – not just some of its citizens. We must take comfort in the progress already achieved, we must feel grateful for this, and we should feel good about it. But – and as I said, there is always a but – we live in a time where there is a demand for instant achievement and immediate gratification.

Our children grow up with the notion that a blessed existence is measured to the extent that no effort is required on their part, and all of their dreams are due to be fulfilled here and now, immediately!

We live in a world where people instantly adopt a victim mentality whenever their demands are not met, and justify violence and upheaval as means to push their agenda.  We act as if G-d owes us a happy life without challenge or hardship. We seem to have forgotten that: “In the merit of righteous women, our ancestors were redeemed from Egypt”. [2]

These women, among others, didn’t despair, no matter how harsh the conditions of slavery. The spirit of those women in the generation of the book of Exodus from Egypt, has been the spirit of Jewish women throughout the generations. Women who never gave up hope that they could make the world better for their children, and their children’s children – and for all the children of the world – and that is what we all need to strive for.

May we have the wisdom to remember it and turn that wisdom into reality.

Please fill out this form to share "The Paradox of the Life and Death of Sarah | Parashat Chayei Sarah" via e-mail.