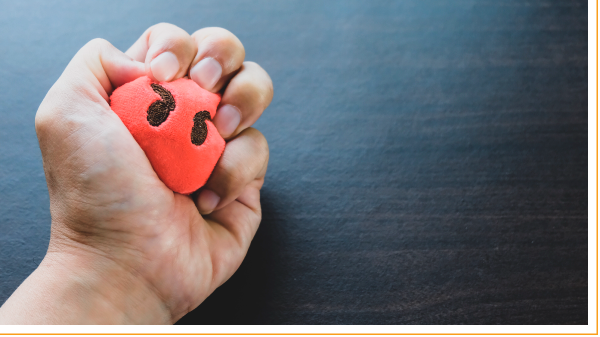 Resh Lakish was a famous disciple of Rabbi Yochanan. He was a very strong man, a gladiator in Roman arenas. For some people, he was seen as a thief. But after studying with Rabbi Yochanan, Resh Lakish became a great Torah scholar.

Did Resh Lakish learn to master his strength and anger from Torah studies? Or did he contribute to Torah studies from his experience in the Roman arenas, teaching his fellows how to control anger?

Another questions: do Resh Lakish’s and Rabbi Mani bar Patish’s sayings about the harm that anger causes in human actions also apply to God?

This week the Torah exposes us to some dilemmas who deal to anger. In the first of them, God decides to destroy Sodom and Gomorrah and to kill all of its inhabitants. Abraham questioned God: What do you mean? Will You really kill everyone? Are You so angry with them? “Far be it from You to do such a thing, to bring death upon the innocent as well as the guilty, so that innocent and guilty fare alike. Far be it from You! Shall not the Judge of all the earth deal justly?” (Genesis 18:25)

What does it mean to deal justly? We can imagine that to be fair is to act ethically like the prophets; or to take advantage from reflection and balance before acting, like wise people. When we are angry, very angry – balance, reflection and the most basic moral and ethical values abandon us.

This is what Abraham is saying: Will You, nothing less than God, who we believe that is the Judge of the whole earth, judge those cities through the principles of balance, reflection and justice (not to say about love and tolerance) or not? No alternatives?

So, even when God becomes angry, His wisdom departs from Him. But a human being, Abraham, leads God to review His attitudes and to moderate His anger.

In the end, Sodom and Gomorrah were destroyed – there were not even ten righteous there. But thanks to Abraham, they had a chance.

In another great dilemma, God orders Abraham to sacrifice Isaac, his loved son. When the issue was Sodom, Gomorrah and its dwellers, God decided to destroy, because almost all are evil people. But now He orders Abraham to sacrifice an innocent. Should Abraham question God again? “Far be it from You to do such a thing, to bring death upon the innocent as well as the guilty, so that innocent and guilty fare alike. Far be it from You! Shall not the Judge of all the earth deal justly?” (Genesis 18:25)

No. Abraham was speechless. What kind of God is He? If God is so cruel and not righteous at all, there is nothing more to say: let’s go to the sacrifice. Life is not worthy anymore.

We all know the end of the story. When Abraham was ready to sacrifice his own son, an angel holds his hand, let the murder – for that is what it was about – fail and says to Abraham that enough is enough – ok, he is faithful to God. I would say that the angel found a way to allow God to leave with dignity from the entangledness He’s gotten Himself. From this point of view, Abraham didn’t show that he is faithful to God; Abraham surrendered.

Rabbi Chanan Morrison, who learns Rav Kook Torah, recently shared an article about Rav Kook on Tehillim 140: The Tzaddik and the Yashar, where he quotes Psalms 140:14: “Surely the righteous (tzaddik) will give thanks to Your Name. The upright (yashar) will dwell in Your Presence.”

Rabbi Morrison asks: “What is the difference between a tzaddik and a yashar?” And he answers: The tzaddik loves goodness and virtue… He appreciates and values God’s true justice. But the yashar has a higher aspiration: he yearns for God’s goodness to reach all realms of life…”

He also teaches us that “the Sages referred to Abraham, Isaac and Jacob as yesharim (Avodah Zarah 25a).”  Sodom and Gomorrah inhabitants may be tzadikim or rashaim, but they were not yesharim as Abraham and his son Isaac. Abraham knew how to question God about tzadikim but silenced towards a yashar. Maybe he believed that God would find some positive and creative action in the last second?

Or maybe that when Abraham talked to God about Sodom and Gomorrah, he was so angry that wisdom abandoned him and he was unable to move God from the idea to destroy the cities. When he faced the divine order to sacrifice his own son, Abraham was moved by other feelings, not anger. Somehow, he remained quiet and faithful to God. I have no idea how he did it – but thanks God… or rather to an angel – he did it, and the end of the story was different from that of Sodom and Gomorrah. Yashar koach.

Please fill out this form to share "If angry, even God will not deal with justice | Parashat Vayera" via e-mail.