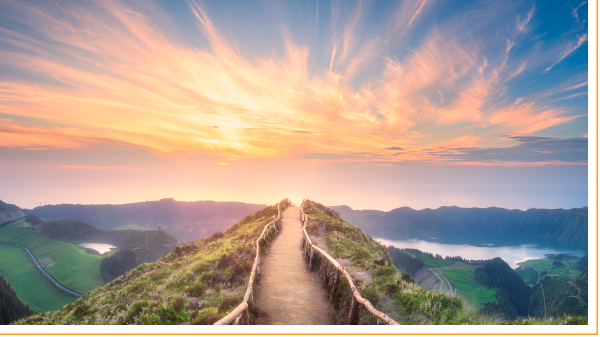 There is so much in this sedra, Lech L’cha, it is breathtaking. We are so familiar with it –especially the very first part — that it is hard for us to even take it all in. Perhaps we should disaggregate it. We can read it through four lenses.

Through the first lens, it occupies a very special place in Jewish life. This is the sedra that changes the aperture of the Torah’s focus from the universally human to the specifically Jewish. It is a well-worn cliché that Jews and Christians share the same Bible. Actually, the Torah means something very different to us than the “Old Testament” means to Christians. For us the TaNaCh is very much an account of our family. It is not about “them”, “then”. It is about us. When Abraham, in this sedra, is repeatedly promised descendants “as numerous as the stars in the heavens”, we cannot help but feel that it is us whose existence is being evoked. We hear the episodes described in Lech L’cha as introducing our existence as a people. And we see it attesting to the ancient connection between the people and the land. Not exactly a title deed, but an ancient attestation to the centrality of that land to the Jewish people’s self-understanding.

In our eyes this ancient book becomes something of a family album – actually, quite an honest one. This sedra reminds us of the remarkable quality of the TaNaCh. There are no “heroes” here. These ancestors of ours are presented with all their flaws as well as their virtues—as if the text wants to remind us that no one is without human fallibility. And so even as Abraham rises to God’s summons (more of this to follow) than we see the vignette where he is willing to allow “grandmother” Sarah to be appropriated into the Pharaoh’s harem – and worse, to profit from this act of deception and betrayal. In a sense if is a comfort to us as we confront our own failures and fallibilities.

A little further on we see “grandpa” Abraham in his World war I uniform. Perhaps we are taken aback by the unexpected image of Abraham as a warrior – and a competent one at that. We see him going to battle to rescue his nephew, Lot, who had been taken captive. The lengths one would go to for family. And we anguish with these earliest ancestors as they long for the fulfillment of G-d’s promise of descendants. Into their nineties and still childless. We feel their pain, all the more so because we recognize that what hangs in the balance is the very existence of…. well, of us! Abraham becomes so incensed that he even complains bitterly to God, chastises God, virtually accuses God of reneging on that initial promise. Also a good lesson in praying with sincerity – not simply saying please and thank you, but pouring our hearts out, even if that sometimes involves fury.

We are privy to the very human drama of our grandmother Sarah, in her desperation suggesting the ancient equivalent of surrogacy – ‘have a child with my handmaid Hagar’. Archeologists teach us that in those days the child of the servant girl would have been accounted as her own. We see the bitterness in Sarah when that child is born, and the disdain for her mistress, that Hagar’s fertility arouses in her. And we meet our half-brother Ishmael. His arrival on the scene can speak to us of the intimacy that could exist between his descendants and those of our forebear, Isaac, whose arrival is also announced in this sedra. And it can awaken in us sorrow at the reality that rather than intimacy, those respective descendants exist in a state of distance and antipathy.

Of course there is the theological lens, perhaps the one we are most familiar with. From this perspective we learn the true meaning of faithfulness. We can marvel at Abraham’s absolute devotion to G-d. The sedra opens with our first real introduction to Abraham, still Abram at that point. In this very first act of the sedra, he accepts G-d’s call to give up everything he has known — abandon everything that is familiar to venture out to wherever it is that G-d would direct him. A challenge to each person who reads it: who of us would respond to such a call with such absolute commitment. However the message is delivered, who of us would so unhesitatingly embrace the higher way? And in this sedra we see several powerful and profound theophanies – self-disclosures of the divine. The sedra teaches that G-d is always close at hand, ready to be revealed if we are but open to being receptive.

Through another lens, we learn how to conduct ourselves as menschen, decent men and women. We see Abraham’s magnanimity to his nephew Lot; his avoiding conflict between Lot’s herdsmen and his own as he voluntarily offers Lot the better grazing fields and withdraws to a less verdant area. Or again, how after joining forces with some local rulers in his attempt to liberate Lot from his captors, he refuses to take any spoils of war “not so much as a thread or a sandal strap” Magnanimous, generous, considerate. Who would not want to see their forebears in this light? And who should not aspire to such virtues for themselves.

And lastly, the lens of a “hidden” meaning, an intrapersonal lesson. Our Chasidic predecessors taught that everything in the Torah is about us- –  each one of us. One commentator, Mordechai Yosef Leiner, in his Mei HaShiloach was intrigued by the peculiar construction of the very first words of Sedra. Conventionally the opening words are translated “go forth” – a kind of intensive instruction: ‘get up and go’. Leiner reads these familiar words as telling each of us “go to yourself”. As he understands it, the challenge to Abraham – and to us — is go to our inmost selves. What G-d wants from us is to become our fullest self. With Abraham each of us is summoned to move beyond the confinements we impose upon ourselves. In contemporary idiom we would talk about getting unstuck from the ruts that we have allowed ourselves to be confined to. This Lech L’cha tells us to be open to moving beyond the familiar. All growth involves leaving the comfortable behind and striking out in the journey of self-discovery. A personal challenge to set out to be out highest selves.

Four lenses on a familiar sedra, four different life lessons that can enrich our lives as Jews; as people of ethical sensitivity; as men and women of faith; and, not least, as human beings. Like all of Torah: a precious gift. Turn it and turn it, for all things are in it.

Please fill out this form to share "Four Steps on the Path of Lech L’cha | Parashat Lech Lecha" via e-mail.