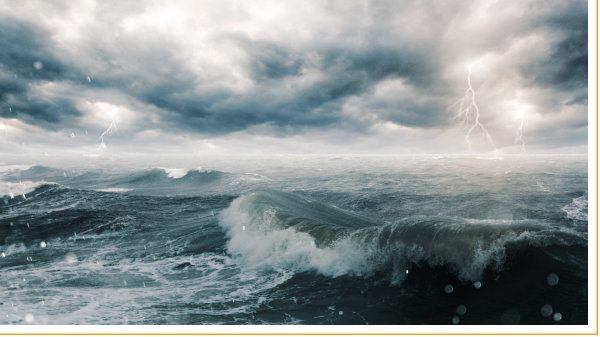 Whenever I go into a bookshop, after checking out the religion section, I head for the children’s books. This behavior has become habitual since I became a grandfather. Without exception in my explorations, I find one or more children’s books that deal with the story of Noah. Somehow, the story of Noah is seen as a safe universal tale apparently appropriate for little children. Although the image of animals entering two by two into the ark is quite appealing, the general thrust of the story is ominous. I think that the assumption that this is a child friendly story should be reconsidered.

The story of Noah is a quite dark. It deals with a world that is evil and God, the Creator of us all, decides to the destroy the world. One family is selected out of all others and the world is destroyed, including every living being on earth, except Noah and his family.

In the story of Noah, we learn about the capacity of human beings to commit evil and its consequences. Given freedom, human beings often use it unwisely. This story is an enlightening introduction as to why the Torah affirms that laws are necessary to create a coherent, civil society.

Every year, the Torah narrative speaks to us in a unique way.  As I read the story this year, I can not separate it from the reality of the world that we live in. The UN’s Intergovernmental Panel on Climate Change has offered a diagnosis of our planet which is frightening. Here is the BBC’s summary of the report:  Global surface temperature was 1.09C higher in the decade between 2011-2020 than between 1850-1900. The past five years have been the hottest on record since 1850. The recent rate of sea level rise has nearly tripled compared with 1901-1971. Human influence is “very likely” (90%) the main driver of the global retreat of glaciers since the 1990s and the decrease in Arctic sea-ice. It is “virtually certain” that hot extremes including heatwaves have become more frequent and more intense since the 1950s, while cold events have become less frequent and less severe.

Of course, the story of Noah and the flood is not a story directly about Global Climate Change, but it does address a serious question directed at our world today:  Knowing the global climate future we face, is the world willing to address the problem?

When the story of Noah is analyzed, one of the great ethical issues is the Noah’s response. How do we judge how he reacted to the news of the Flood? In Numbers 6:11-13, we read that: The earth became corrupt before God; the earth was filled with lawlessness. When God saw how corrupt the earth was, for all flesh had corrupted its ways on earth, God said to Noah, “I have decided to put an end to all flesh, for the earth is filled with lawlessness because of them: I am about to destroy them with the earth. After God gives explicit instructions about the construction of the ark, we read in verse 22: Noah did so; just as God commanded him, so he did.

One does not have to be a traditional commentator, do raise an obvious question: Why did Noah not do something?  Why did he not challenge God?  And more importantly, why did he not warn the people of the world that their actions were intolerable to God and perhaps motivate them to change their ways. If so, conceivably God would have reconsidered because of their act of teshuva.

But post-biblical tradition, views Noah’s behavior differently. He does respond. He is not passive. Josephus in Jewish Antiquities 1:73 states. “But Noah, displeased with the deeds (of his contemporaries) and finding their intentions to be odious, sought to persuade them to (adopt) a better way of thinking and to change their ways.” The Babylonian Talmud, Sanhedrin 108a states: “the Righteous Noah used to warn them (his contemporaries) and say to them: Repent, for if you do not, God will bring a flood upon you.”

This view of Noah raises his moral status among us. Noah is seen as an honorable man worried about his family’s survival but also concerned about the fate of humanity. However, this interpretation has a negative implication. When people are warned of impending doom and they can change their behavior and perhaps the outcome, they often to do not heed the warning. We do not know why Noah’s words were not responded to. Was he inarticulate? Was he not forceful enough? We just do not know.

As I read this reframing of the Noah behavior in post-biblical interpretations, the blame is not upon him. People do not always listen!  They often fail to act in their best interests.

The story of Noah and the interpretation of his behavior in response to the impeding flood is so poignant. The overwhelming information available to humanity at this moment is that global climate change is real, and it is directly related to human behavior. The UN’s Intergovernmental Panel on Climate Change makes that case quite persuasively. Only a global unified response to this existential crisis can make a difference. If Noah represents the warning, does the indifference of the people of the world at that time predict a catastrophic outcome in our own time?

We Jews are not permitted to be pessimists. We are a people that has confronted some of the greatest challenges including attempts to exterminate us, yet we have persevered and survived.

The World Union for Progressive Judaism is a worldwide movement representing 1.2 million members in over 50 countries. Imagine if in year of 5782, every one of our congregations made Global Climate Change its top tikkun olam project. No topic is of greater urgency than this. We would not solve it, but we could be a force for changing the conversation. There is no time to wait. This horrible disaster, our “flood” cataclysm, is coming, and we need to be a vocal Noah to warn the world.

The story of Noah has a resonance this year that should not be ignore. Our future depends on it.

Please fill out this form to share "Is Anyone Willing to Listen? | Parashat Noach" via e-mail.