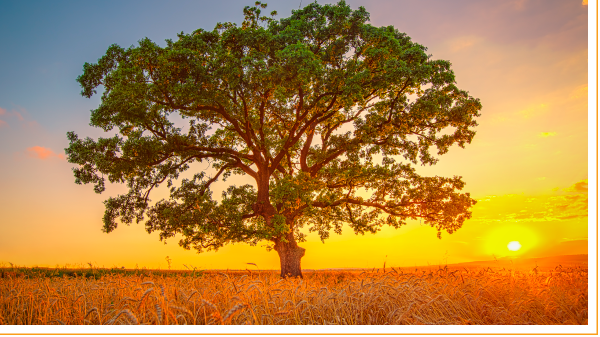 A few years ago, my family went to see the Fortingall Yew in Scotland. It is reputed to be the oldest tree in Britain, 2,000 to 3,000 years old. We felt a sense of awe thinking about all the things that had happened since the tree had been planted and how the world had changed. Although the oldest tree in Britain, in other parts of the world, such ancient trees are not as unusual. Olive trees frequently live more than a thousand years, so that in the land of Israel you can imagine them existing from before the time of the Crusades. We have a fascination with trees as the oldest living things on earth. You can see it in J.R. Tolkien’s creation of the Ents, ancient and slow guardians of the trees, whose names could only be spoken over a long time. They had deep wisdom and ancient memories.

In our Torah reading, there is a curious phrase, which is very hard to translate:  Ki ha-adam etz ha-sadeh – literally, ‘For human beings are a tree of the field’ (Deut. 20:19). There have been many and diverse interpretations of the phrase. Some interpret it, as Rashi does, as a rhetorical question:  For is the tree of the field man?  Even then, this can be understood in two different and contradictory ways. On the one hand, it could mean that trees should be protected even if we besiege a city. Whilst humans may be caught up in a siege because they are at war, trees did not choose to become involved. Why should they suffer, especially as they cannot run away?  It is, of course, ironic that this seems to be suggest that human beings can be killed but trees cannot, but perhaps we should rather understand it as warning us against thoughtlessly cutting down trees whilst waging a war. Others, though, see it as permission to cut down trees other than fruit trees, for example if the enemy might be hiding amongst them. This is a pragmatic view, which has resulted in the controversial cutting down of trees for security reasons in Palestine.

Others, though, have understood the verse in a completely different way. They have taken it as saying that trees and humans are alike. Both are somehow rooted in the ground and reach upwards:  trees grow from the soil and their branches reach to the sun. Human beings are called ‘Adam’ because, according to Genesis, they come from the ground, and they, too, reach upwards, in spiritual sense, towards God.  The great Talmudic scholar Adin Steinsaltz teaches that just as trees cannot be detached from the soil, we cannot be detached from the source of our being.

We have become more aware recently of other special qualities of trees. Like human beings, they seem to need and thrive on community. They have complicated ways of communicating through their roots with each other and control their environment.  We have so much more to learn about them. Whilst it is unlikely that this resembles consciousness in any way, it does not make them any the less remarkable.

Our verse has also been understood as reminding us how dependent we humans are on trees. It is a message that has been understood since biblical times but they could never have imagined quite how dependent we are. Only now are we really comprehending how the survival of our species, and so many other animal and plant species, is dependent on trees. The proliferation of forest fires across the globe have reminded us of their importance and their vulnerability. Preserving trees and planting them is one of the best responses we can make to global heating, although of course we have to do much else besides. We cannot talk of human lives and the lives of trees as separate, for we are interdependent. Trees and humans are both part of the complex and fragile web of being that makes up life on earth. If we do not care for the trees then we are heading towards our own destruction.

Our Sidra is usually read at the beginning of the month of Ellul, a time when our thoughts turn to repentance as we approach the New Year. Rabbi Mordechai Greenberg, an Israeli rabbi, suggests this is no coincidence. Trees renew themselves every year. In winter, they may appear dead but in spring they burst into new life again. Humans, too, have the capacity for renewal. Tisha B’Av marks the most gloomy part of our calendar, when the calamities which befell our people are remembered and we read the book of Lamentations, full of sorrow and mourning. But if we turn to God, the source of our being, and repent then we can renew ourselves. We do so by doing mitzvot, good deeds, which Rabbi Greenberg compares to leaves on a tree, which give us life. At this season of renewal, may we be renewed and restored to righteousness so that, in the words of the Psalmist, we may be like trees planted by the water. And so may we bring blessing to the world, just as the tree brings its fruit for the benefit of all.

Please fill out this form to share "Humans are Like the Tree of the Field | Parashat Shoftim" via e-mail.