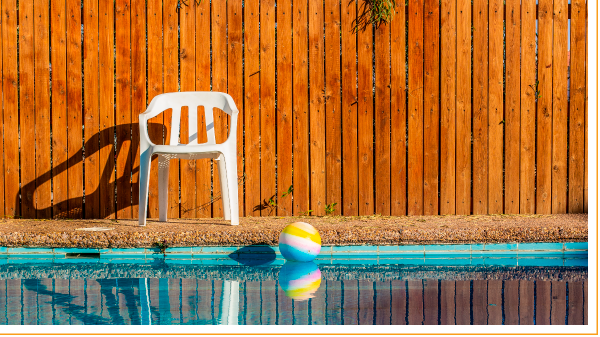 I grew up in the suburbs in Los Angeles. At the time, the typical suburban house had 3 bedrooms, 2 bathrooms and a swimming pool. In fact, when you fly into Los Angeles, you can see rows and rows of houses with their glittering blue backyard pools. It is as idyllic as it looks in the movies.

These days, private pools have been a gift during the pandemic era. But the increasing individuation in society that backyard swimming pools represent has not necessarily helped our community as a whole. It is probably stated best in a recent Los Angeles Times article:

“It follows that those private swimming pools that were a family’s playground were also, on a regional scale, unintentionally a retreat from a need for civically shared public space.” (The Pacific Ocean is right there. So why is Southern California so hot for swimming pools?, Los Angeles Times, Patt Morrison, July 13, 2021)

Because we do not share public space, there is no greater socialization with the community. The divides between socioeconomic and racial groups have been concretized by demographics and much of it can be traced back to the design of individual houses with swimming pools.

In this week’s Torah portion, the Israelites are still dreaming of their own settled homes. But they are in the midst of Moses’ great speech and waiting to move into the Promised Land. However, we get a small insight into what life might have been like for the Israelites while they were preparing to enter the land. Deuteronomy 12:8 states:

What were the Israelites doing?  Out of context, it seems like anarchy – everyone doing whatever they want. That does not sit well with the commentators. They agree that most likely each Israelite was setting up their own altar for the purpose of sacrifice. This seems odd given the amount of time and apparent work they did to make the Tabernacle and create a centralized place for worship. But, it appears that this was common behavior in the wilderness.

It is interesting that the commandment does not tell the people in the wilderness to stop what they are doing. If they were engaged in this practice, you would imagine the goal would be to get them to stop doing it. The Torah seems to accept that they are using private altars now, but it is setting up a warning for the future. The warning here is that when the Israelites enter the land, they will not behave as they are behaving in the desert. But that is exactly what they do.

Many times the Torah and its laws are not actually representative of the actual law, but of a wishful spirit of what should be. What should be is that there is a centralized altar for sacrifice, but the fact is the people still worshipped at the altars that they built. There must be something behind that wish.

We can see the fissures in our society as a result of our increasingly private lives. In a Ted Talk discussion on the topic of diversity, equity and inclusion, Starbucks COO Rosalind G. Brewer shared that people want to be heard and seen. This does not happen in your backyard pool, even if you invite people. The people you invite into your private space are selected. They are not necessarily representative of society as a whole. The expansion of ideas and the intersection of lives happens in gathering places.

The wisdom of our tradition was the creation of the Beit Knesset, the gathering place. The untamed Israelites in the wilderness could have behaved however they wanted when they were wandering, but the settled Israelites were guided to have central locations to gather. In Pirkei Avot 1:5, the sages teach us that our own homes should be open wide. This is not just about bringing people in. It is about opening our lives to the outside world. Living a life in the public creates a fertile environment for openness and diversity.

We learn from the Torah that we need to have gathering places to break down the increasing privatization of society and encourage safe gathering. Now, more than ever, we understand the importance of creating connections. We need to recognize the strong forces that are pulling us away from one another and make the concerted effort to be together with others.

Please fill out this form to share "Swimming Pool and Altars | Parashat Re’e" via e-mail.