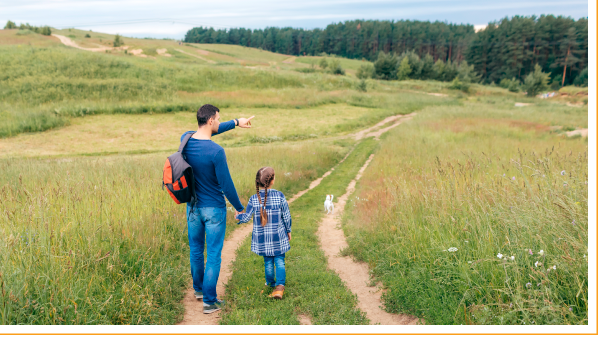 In this week’s Torah portion, Va’etchanan, Moses shares a long list of loving reminders to the Israelites as he prepares to leave them on their own. He says (Deuteronomy 4:9), “Only take care of yourself and care for yourself scrupulously, lest you forget the things that your eyes saw and lest they leave your heart all the days of your life. And make them known to your children and to your children’s children.”

Moses wants the people to take care, and says that they can do so, first of all, by remembering what they have seen. The Malbim (Eastern Europe, 19th Century) explained that this means that a thing which is seen is better remembered than a thing which is heard.

What is it that they saw that they are supposed to remember? Moses continues (Deut. 4:10-13):

“The day you stood before the LORD your God at Horev (Mt. Sinai), when the LORD said to Me, ‘Gather the people for Me, and I will let them hear My words so they may learn to revere Me all the days that they live on earth, and may so teach their children.’ You came forward and stood at the foot of the mountain. The mountain was ablaze with fire to the heart of the sky, dark with clouds and mist. The LORD spoke to you out of the fire; you heard the sound of words but perceived no shape—nothing but a voice. He declared to you the covenant that He commanded you to observe, the Ten Commandments, and He inscribed them on two tablets of stone.”

Moses seems to be reminding the Israelites about their witnessing the giving of Torah at Mount Sinai. However, the Israelites are at the end of their forty years of wandering in the desert. The old generation who suffered slavery in Egypt has passed on, and the new generation born free are the ones poised to conquer the land of Israel. Moses speaks to his audience as if they had received the Torah at Mount Sinai, but they were not there.

How can someone remember something that s/he did not physically witness?

Moses wants every Jew in every generation is to feel as if s/he stood at Mount Sinai and received the Torah directly from G-d. I stood at the base of the mountain, and I saw the voices and heard the shofar blast. Every single Jew is called to bear witness to the moment of complete unity and faith.

What is the key to Jewish continuity? Not so much a list of rules but rather – Imagination and Experience. When we sit for the Passover Seder, we tell the story as if we were slaves in Egypt. When we read Megilat Esther on Purim, we dress up like the characters and perform a Purimshpiel, a spoof on the original story that resonates with today. On Yom Kippur, we reenact the service of the High Priest in the Holy of Holies. Every Shabbat, we imagine ourselves like G-d, resting after a week of tremendous creation.

The Midrash on this portion highlights the command to “make them known to your children and to your children’s children.” The rabbis teach that this means that each one of us must teach our children Torah. If we do this, The Holy One treats it as if the child has received Torah from Sinai.  (And I think one could also substitute for “parent” the word “beloved teacher”) Clearly, every parent is going to teach Torah differently to his/her child. Whatever Torah – or part of the Torah – a parent teaches, it is still the Torah received at Sinai.

Let us all take a moment now to think about Sinai, to remember what it was like to stand there, to see the colors, to hear the voice of G-d, and to think about the Torah that we received into our arms and into our hearts that we want to pass on to the next generation.

Please fill out this form to share "Creating Reality and Memory | Parashat Va’etchanan" via e-mail.