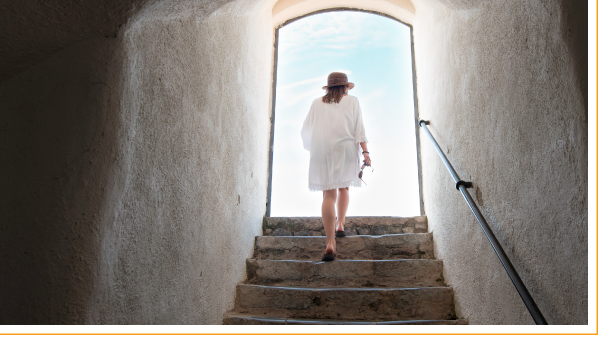 In Parashat Korach, Moses’ cousin, Korach leads a rebellion against Moses and Aaron, demanding, “All the community are holy … Why then do you raise yourselves above the Eternal’s congregation?” (Numbers  16:3). Often, Korach’s actions are interpreted to be the jealous behavior of one who sees himself as entitled to power. But what if his behavior reflects something different — a feeling of helplessness and a fear of being disenfranchised?

Our haftarah this week (I Samuel 11:14-18:32) finds the prophet Samuel too facing feelings of helplessness. In his time, the people desired a king, but Samuel did not want to appoint a king over Israel. He feared people would think the king held the ultimate power over them, and they would lose their connection to God as the Ultimate Power. Samuel felt both powerless to say no to the people’s request, and powerless over their inevitable distancing from God if he were to say yes.

Perhaps Samuel used a simple strategy to harness his power and lower his stress. Maybe he asked himself three fundamental questions:

Samuel was a prophet, military leader, and the last of the judges. He had a lot of power as a leader. However, he also recognized his power was finite. To use the gendered language of the Bible, if the people were to turn away from the King of Kings in favor of an earthly ruler, Samuel would be powerless to prevent the harm that would come from their breaching their covenant. If he were not to appoint a king, he was powerless over the reaction of the Israelites.

In Deuteronomy Moses instructs, “If, after you have entered the land that the Eternal One has assigned to you, and taken possession of it and settled it, you decide, ‘I will set a king over me, as do all the nations about me,’ you shall be free to set a king over yourself, one chosen by the Eternal your God.” (Deuteronomy 17:14-15). This approval of the Israelites having a king is clear. So is God’s statement to Samuel, “Listen to the people … It is not you that they have rejected; it is Me they have rejected as their king,” (I Samuel 8:7). Despite Samuel’s wishes, it is time for him to help the people establish a king.

When we break Samuel’s situation down to the three questions and answer them from a perspective I imagine he might have had, we can see something like this:

These are the same questions that apply to us today, when we feel powerless.

Sometimes when we are overwhelmed with feelings of powerlessness we get sucked into the responses of the followers of Korach — venting, anger, yelling, all because we don’t think we have power (Numbers 16:3; 12-14).

But we can respond like Samuel, and recognize that although power is finite, in every situation we do still have the power of choice. The first question, “What can I do,” allows us to lay out everything that really is within the realm of possibility. Rather than rail against what we cannot do, we can channel our thoughts into all the potential ways we can respond.

When we look at the list of possibilities and realize there are some responses we are willing to employ, we further our grasp of a situation. When we eliminate the items we are not willing to act upon, we exercise the choice to accept when a situation is out of our control and institute free will to the extent that God has given it to us over our lives.

Perhaps one of the most satisfying aspects of Samuel’s role in making Saul the king of Israel is the grand way in which he ensures that the anointing take place. Once Samuel decides that he can and he will, he puts himself “all in” for celebrating the task and overseeing the transition of the tribes into a nation. Let this also be a lesson for us in moving forward from stress or powerlessness to power and effective change.

Please fill out this form to share "Learning How to Go from Stress to Empowerment | Parashat Korach" via e-mail.