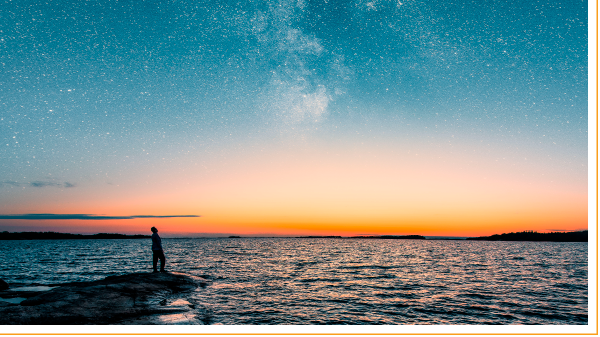 We have just celebrated the festival of Shavuot, which tradition tells us commemorates (in some ways re-enacts) the great event at Mt. Sinai. The Torah reading for Shavuot begins, Bayom hazeh (Ex. 19:1), on this day. Introducing the dramatic moment, the Torah declares that it is taking place not “on that day,” back then, a long time ago, but on this day, bayom hazeh — every day the Torah is being broadcast, waiting to be heard. An offering.

Two Reform scholars, Rabbis Lawrence Kushner and Kerry Olitzky, offer in their fine anthology Sparks Beneath the Surface (Jason Aronson, 1995, p. 167) a comment from the Hasidic master known as the Sefat Emet. He notes that B’midbar is always the Torah portion read immediately before Shavuot, suggesting that, in order to be ready to receive the Torah each person must be counted and standing in the right place.

Let me push that observation one step further: the festival of Shavuot always falls between the first two portions of B’midbar, the Book of Numbers. Numbers picks up the narrative of the wilderness wandering one year and one month out from Egypt and opens with instructions for taking a census. And this week’s reading, Naso, continues in the middle of a second census, that of the Levitical clans. I want to pay some attention to the strange way in which these first two portions of Numbers are divided.

In its original context, the counting at the beginning of Numbers is a military census, which includes only the men over age twenty “able to bear arms.” The Sefat Emet intuits that the counting somehow applies beyond the mustering of an army, and we too would insist that, in the context of the giving of the Torah, such a census must be complete – women and men, young and old: everyone, including past and future generations, must be present to receive the Torah!

And just as the opening chapters of Numbers are read on the Shabbat preceding Shavuot, so this week’s reading, Naso, always arrives following Shavuot. We are this week resuming our reading cycle, taking up the wilderness narrative once more after our dramatic pause for recalling the giving and receiving of the Torah at Mt. Sinai. Naso is probably best known (and much loved) for the words of the Priestly Blessing (Num. 6:24-26), but I want to focus on the verb that gives the portion its name: naso – lift up. It is the same word (in a different form: naso / se’u) that we find at the beginning of Numbers.

It is a remarkable Hebrew idiom for counting: “Lift up the head” of the whole Israelite company:  lift up, head by head. Each person is to be counted, but not just as a number. Face by face. Do not simply ask each person to count off. Go around and look each one in the face.

After the military census of the first two chapters of Numbers, chapter three instructs Moses to set aside the Levites for special duties, and here too I want to read the counting expansively.

Why have these portions been divided in this way? Perhaps it is just that one was getting too long, and they had to divide it somewhere? Yet we can imagine a deeper significance, especially when we broaden our understanding to include all of us.

These two portions (B’midbar and Naso) stand, as we have noted, on either side of Shavuot, watching, waiting, guarding. Shavuot pictures us all standing at Mt. Sinai, eagerly anticipating whatever is going to happen – which turns out to be the most important event in our entire history, and the one for which all the generations of Israel were present.

Naso et rosh – lift up the head. This is what the Torah instructs, on either side of Shavuot, last week and this week. Look up. Be present. Do not look down at your feet, but up toward the mountain. Being part of a great collective is important; being a member of a people that has had such a rich history and inherits such a rich tradition lends deep meaning to each of our lives. And each of us is also an individual, with our own particular gifts to bring to the group, so look up! Be seen, and see the face of the one next to you and the one facing you. Those who are entrusted with leadership must study the statistics, but they must also remember that each individual is a person, a face that reflects the divine image.

So, surrounding Shavuot are these two chapters of Torah that call us to attention, set each of us in our rightful place, and recognize each of us as an individual — and also as part of something greater. As the commanding voice of Sinai fades, we are still standing, still listening. Not just counting off, but seeing one another, heads lifted, an offering of faces.

Please fill out this form to share "Lift up Your Heads | Parashat Naso" via e-mail.