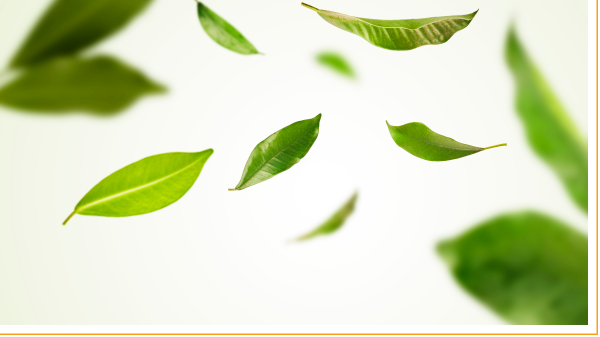 My grandfather, Herman, zikhrono livrakhah, was born in Obodovka, a shtetl in western Ukraine, a little over a century ago. Stories of his youth there were bleak and often centred on Cossack or Russian government soldiers threatening the lives or livelihoods of relatives. In one, an armed individual held the edge of a sword against his father’s throat; my grandfather tugged at the edge of the man’s coat and begged, “Please don’t kill my father,” which somehow succeeded in winning a reprieve. When he was seven, a Cossack rampage through town left the town’s Jews dead or gone, so the family upped and left for Bucharest and eventually the United States.

Most of my family’s stories of Eastern Europe have some element of this kind of trauma, whether at the hands of gentiles, from their own community, or through the grinding poverty they endured. My great-grandmother Bella’s socialist cousins who were murdered when tsarist government promises of a political pardon went unhonoured. My great-great-grandmother Osnos, separated from the man she loved and forced to marry a neglectful and dismissive husband. A family journey across the Atlantic in cramped quarters with only herring and bread to eat for three weeks.

Whether because of them, or because Behar-Bechukotai offers such compelling imagery, a passage from this week’s litany of negative consequences for disobeying G-d’s instructions jumps out:

As for those of you who survive [the destruction of the Land and exile], I will cast a faintness into their hearts in the land of their enemies. The sound of a driven leaf shall put them to flight. Fleeing as though from the sword, they shall fall though none pursues. With no one pursuing, they shall stumble over one another as before the sword. (Lev. 26:36-37)

The curse is not simply a sense of anxiety drawn from impending jeopardy. As Sifra Bechukotai 7:3 lays out, it is a lingering sense of “awe, fright, worry, trembling, and fear,” even when no imminent threat exists. It is a panic-stricken human stampede ignited by noisy foliage. Stripping out the problematic theology of collective punishment for sin, past suffering echoes in the present and future, its vestigial effects causing its victims to flinch.

None of this is to say that actual dangers are absent – far from it, to judge from the rest of the parashah; the chapter from which this is drawn speaks of exile, disempowerment, food insecurity, disease, and loss. What this selection threatens instead is an impeded ability to distinguish the real from the imagined and a resulting failure to act in a manner proportionate to the immediate risk.

The burgeoning field of intergenerational trauma speaks both to this excerpt and to those of us who may not have shared our parents’, grandparents’, or other ancestors’ experiences with violent antisemitism firsthand, but who carry with us the legacy of their emotional responses. According to psychological research, those who experience trauma can transfer it to subsequent generations in a variety of ways. These impacts can be “not only psychological, but familial, social, cultural, neurobiological and possibly even genetic as well.”

Examples abound. Those experiencing intergenerational trauma may show higher levels of anxiety, guilt, stress, fear, or suspicion of authority and the wider world. Depending on previous generations’ degree of openness, there can be a sense of ominous, omnipresent, and undefined family history, a terrible and undiscussable past that creates uncertainty around what topics are permitted and not. The legacy of antisemitic trauma can even hamper our ability to be allies to others experiencing oppression, however unintentionally, leading us to prioritize our own reflexive reactions over preventing harm we might accidentally cause in the world. When obvious perils, like a global pandemic, arise, these responses can be heightened.

While there have been significant studies in Jewish settings, especially of descendants of Holocaust survivors, intergenerational trauma is certainly not limited to Jews. Whether in the context of famine, political violence, enslavement, or residential schools, the “sound of a driven leaf” laid out in Leviticus can be heard far beyond our own communities and well beyond the generation in which initial calamities occur.

It’s not all bad news. Intergenerational trauma can also contribute to descendants’ resilience, and even a sense of pride, strength, and gratitude for what survivors bequeath to their children. Moreover, there are road maps for healing that can contribute to better wellness and well-being.

With the global rise in antisemitism, discerning between genuine jeopardy and mere phantoms and then responding appropriately is simultaneously more difficult and more critical. But an interpretation of this text offers some insight and can empower us to break the Levitical curse’s hold and shatter the power that a leaf’s rustling can have over us.

Riffing off the phrase in Leviticus 26:37, “they shall stumble over one another – וְכָשְׁל֧וּ אִישׁ־בְּאָחִ֛יו,” a midrash cited in various places invokes Sanhedrin 27b and Shevu’ot 29a’s adage that “all Jews are considered guarantors, i.e., responsible, for one another – כל ישראל ערבים זה בזה.”  Earlier rabbis wove this saying and the verse in Leviticus together as a reference to Israel’s communal responsibility for individual transgressions, but through a more modern lens, it can be read as a different instruction: each of us can look beyond our particular selves and our own subjective feelings, remember to examine the broader circumstances we find ourselves in, and remember our shared obligations to each other today. Doing so can help us respond to intergenerational trauma, inoculate us against baseless fears, and embolden us to confront what actually puts us at risk.

Please fill out this form to share "The Sound of a Driven Leaf | Parashat Behar-Bechukotai" via e-mail.