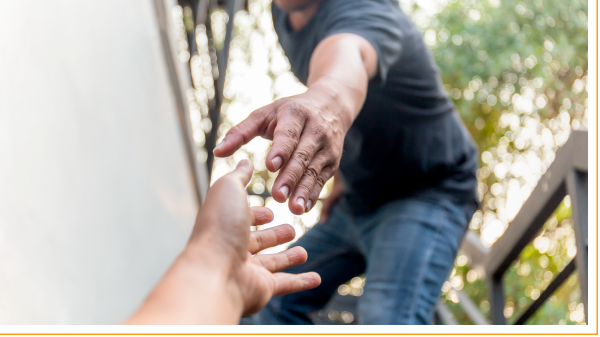 If the portions in the Torah’s Book of Genesis spin timeless tales of complicated family dynamics, sibling rivalry, spousal jealousy, treachery, and reconciliation, Leviticus oozes with laws regarding sacrifices, priestly matters, and the festival calendar. Emor, this week’s portion, is a veritable kitchen sink (or perhaps more precisely, a tabernacle altar) of rules for the priests forbidding them from encountering dead bodies, offering guidance on beard trimming, and providing descriptions of appropriate life partners.

When you read the text of Emor, it’s an entirely different experience from spending time dodging the camels in Isaac’s love story with Rebecca, the young matriarch-to-be, or crying with Joseph before he reveals himself to his brothers near the end of Genesis. This text is an ancient one filled with laws regarding the priestly cult and community standards, and our 21st century hearts and eyes may not feel so comfortable lingering there. If the daughter of a priest defiles herself through harlotry, she should be put to the fire (ba-eish tisareif, Leviticus 21:9). Priests may only marry virgins. No one who is blind or has limbs of different sizes, or even has a boil scar or scurvy is qualified to bring an offering by fire to God. The Torah calls these physical traits “defects,” and a person with these attributes is forbidden from approaching the altar.

For years, whenever I’ve discussed this Torah portion, I’ve shifted attention away from sacrificial rules toward the sections regarding “Moadei Adonai,” the Eternal’s fixed times and sacred occasions. I’ve been guilty of hurrying my B’nai mitzvah students along until we reach verses more aligned with our current sensibilities. We explore the rules for Shabbat and eating matzah, count off the seven weeks of the “omer” period between Passover and Shavuot, and review practices for the Day of Atonement and the Festival of Succot. Descriptions of the etrog (the fruit of hadar trees) together with the palm, boughs of leafy trees (myrtles), and willows recall times of rejoicing and the liberation from slavery. Leviticus 23 feels like a safe and righteous territory in which to pause, as we are commanded to leave the corners of our fields for the poor and the stranger when reaping the land’s harvest.

This portion seems to contain everything from shofar blasts, clear olive oil for lighting the lamps in the Tent of Meeting, loaves of bread in the sanctuary, and pungent, pure frankincense. Ultimately, the lex talionis, or law of “an eye for an eye” appears at the close of the portion. “Those who kill any human being, they shall be put to death. One who kills a beast shall make restitution for it: life for life” (Leviticus 24:17). The final verse of the portion describes the stoning death of a blasphemer. Emor allows us to peek into the practices of an ancient society and gain insight into the laws that shaped them that would ultimately lay the groundwork for our current interpretation of Judaism.

When reviewing this portion most recently, I was particularly struck by the sacrificial rule barring participation of individuals with physical differences. Our ancestors may have valued what they perceived as physical perfection as a way to honor God. Yet, after months of coping with a global pandemic, I found these verses particularly jarring. With the tragic deaths of millions of people across the world and half a million people here in the United States, Covid-19 has attacked the elderly, the infirm, and even individuals who seemed to be in perfect health. Leviticus 21 may glorify those who approach sacrifices with a seemingly pristine physical form, but this year has reminded us that everyone is vulnerable to physical harm, and many Covid-19 survivors bear scars from their disease. We must not leave these individuals and others suffering from health challenges behind, as they regain strength.

The individuals ineligible for sacrificial service in Emor have visible physical traits that set them apart. Today, due to lingering effects of Covid-19, there may be millions among us enduring visible and invisible losses. One study from the University of Washington suggests that one-third of individuals who suffered with Covid-19 may have long-term symptoms including fatigue, loss of smell or taste, or difficulty concentrating. Emor can remind us to be sensitive to individuals whether they have obvious “scars from boils” or hidden fatigue, depression, or other long-hauling symptoms.

The rabbis who wrote Midrashim, stories coloring in the gaps in sparse Torah text, offer unexpected perspectives and also reveal their own worldview. In Midrash Rabbah on Emor, the rabbis describe the celebration of Succot and the practice of the gathering of the four species (etrog, palm, myrtle, and willow). They explain that the etrog possesses both taste (symbolizing learning) and fragrance (representing good deeds); the palm has taste but no fragrance; myrtle has fragrance but no taste; and willows have neither taste nor fragrance. In the rabbis’ story, God refuses to destroy the species that are imperfect as well as the humans who do not possess both learning and good deeds. Instead, the Eternal decrees: “Let them all be tied together in one band and they will atone for one another. At that moment… I am exalted” (Midrash Rabbah XXX.12).

The 5th century rabbis who compiled these stories manage to create a restorative image of the lulav and etrog working in harmony to mitigate each plant’s inherent deficiencies. The “imperfect” plants are not barred from sacred duty. Rather, they bolster one another, compensate for losses, and create something novel and beautiful. If you listen closely enough, you can detect the rustling of the lulav and etrog in Emor. And no matter what might be broken, scarred, or absent, our holiness can remain intact as we reclaim joy and strength when we band together with others and support those in the quest for healing. At that moment, we will all be exalted.

Please fill out this form to share "Scurvy, the Boughs of Leafy Trees, and Healing | Parashat Emor" via e-mail.