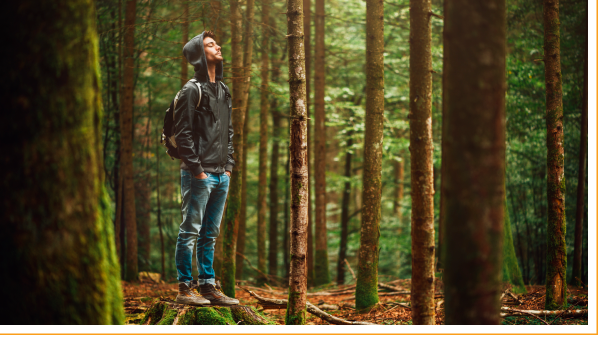 Parashat Sh’mini contains the tragic and challenging story of the death of Aaron’s sons, Nadav and Avihu. These priests took their firepans, put fire and incense on them and offered “alien fire which God had not commanded them” (Leviticus 10:2). A fire immediately comes forth from Heaven and consumes them. The commentators struggle to determine precisely why their offering provokes such a swift and harsh punishment.

Moses tries to rationalize the deaths in words that he may have intended as comforting but that seem insensitive: “This is what the Eternal meant in saying, ‘Through those near me, I will be sanctified, and before all the people I will be honored” (10:3). Aaron, however, is silent.

Kohelet reminds us that “there is a time for silence and a time for speaking” (3:7), and this is clearly a time for silence. Any words that we might offer are inadequate in light of the depth of the tragedy. Moses is too quick to speak, too quick to rationalize, too quick to try to explain the inexplicable. We cannot be sure if Aaron’s silence is in response to the tragedy or in response to Moses’s words (perhaps implying that it would have been better had Moses also been silent than offering the words he did). The rabbis suggest that Aaron was not even able to cry or protest.

Indeed, silence is sometimes the most appropriate response to death and tragedy. Elie Wiesel, reflecting on the fact that he did not write about his experience in the camps for ten years after liberation, says “I felt I needed ten years to collect words and the silence in them.”  That period of time allowed him “to purify every word in silence.” (Against Silence: The Voice and Vision of Elie Wiesel, edited by Irving Abrahamson, vol. I, p. 54). Elsewhere, Wiesel reflects that he struggled to find the right words to write about his experiences that he recognized could not be expressed through words. “All words seemed inadequate, worn, foolish, lifeless, whereas I wanted them to be searing,” he reflects in his essay “Why I Write:  Making No Become Yes.”

The title of Wiesel’s first book (which would be reworked and become Night) was Un di Velt Hot Geshvign—And the World was Silent. Wiesel was never able to fully understand why the world remained silent when information about the mass slaughter of Jews became known. Wiesel rejects this silence which reflects indifference. Instead, Wiesel explains that there is a silence that is “a very eloquent silence, a screaming silence, a shouting silence.”  If a person has a lot to say but decides not to say it, “that suggests the power of silence.” (Interview with Lily Edelman, National Jewish Monthly, November 1973 as cited in Abrahamson, vol. II, p. 82).

Aaron’s silence in the face of the death of his sons reflects the power of silence. It is not a passive, despairing silence, but a strong, accusatory silence, as if to say to God, “I know what you expect me to do. You expect me to cry out, to lament this loss, to lash out in anger.” Any of those would have been legitimate responses.

Instead, Aaron is silent, reflecting his strength, his dignity, and his composure. Aaron is not always silent. In Pirkei Avot, Hillel teaches: “Be of the disciples of Aaron, loving peace and pursuing peace, loving human beings and drawing them near to Torah” (1:11). Another rabbinic text explains how Aaron would go to each person in a dispute, trying to convince them how upset the other person is about the dispute (Avot d’Rabbi Natan 12). In these situations, Aaron is not silent, but uses his words to bring peace.

We also see Aaron speaking up later in our Torah portion; when Moses gets angry with Aaron’s remaining sons, Elazar and Ithamar, for not eating the sin offering in the sacred area, Aaron comes to their defense, to Moses’s approval. Once again, he uses his words on behalf of others.

These examples make Aaron’s silence at the beginning of this portion even more powerful. We would expect him to speak up on his behalf, but instead he is silent. And that silence says much more than any words he might have spoken.

When we are called upon to comfort mourners, our tradition teaches that we should allow them to speak first and to set the parameters of the conversation. Especially in times of tragic loss, I have found that more powerful than any words I might say are a heartfelt hug (pre-COVID) and sitting together in silence. Sometimes the mourner will break the silence immediately or in a short period of time; at other times we will sit for quite a while in our silence which is more powerful than any words either of us could offer. That silence always reminds me that the words we often try to use to come to terms with tragedy are almost always inadequate and sometimes keep us from truly understanding the depths of the tragedy. While there is an appropriate time for words that might help us make sense of the tragedy, we first need the depths of silence to truly appreciate its meaning.

When my wife Barbara, zichrona livracha, died as a result of a brain tumor, it was the moments of silence that I experienced with loved ones and friends that were more powerful than any words spoken between us. Those moments both reflected the love we felt toward one another, while at the same time acknowledging our inability to understand this personal tragedy. Words were comforting, but silence was more powerful and more meaningful.

Aaron’s silence, after the tragic deaths of his sons Nadav and Avihu, reminds us of the power of silence, particularly in the face of death and tragedy. That silence affirms that no words are adequate to fully explain what cannot be explained. Rather, the silence allows us to experience the full extent of the tragedy and thereby allow it to penetrate our hearts and souls.

Please fill out this form to share "The Power of Silence | Parashat Shemini" via e-mail.