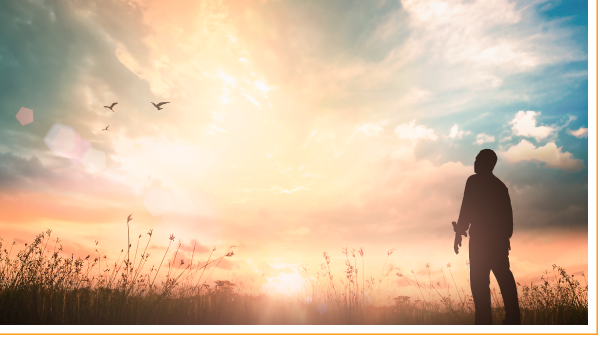 Some might say that this week’s Torah portion, Vayikra, is not the most interesting stuff we read in the Torah. As it is presented, it does not necessarily meet the sensibilities of modern progressive Jews. Sacrifice, as presented in this Torah portion, could be viewed as gruesome and bloody. Animals are dissected and blood splashed on the altar. Frankly, it is a mess. But, our Judaism, the way we worship today, is based on this experience of sacrifice. So there must be some value that speaks to us in modernity.

Embedded in the Hebrew word for sacrifice is the ultimate goal of what a sacrifice is supposed to accomplish. We see it in Leviticus 1:2:

“Speak to the People of Israel, and say to them, ‘When one of you presents a sacrifice to Adonai of cattle of the herd of of the flock, you will sacrifice your sacrifice.”

It does not pop out in the English, but in the Hebrew we can see the refrain pretty quickly. The Hebrew root, k-r-v, is used 4 times in this verse alone. It is the root word for which we translate as sacrifice. It is also the root for the word for “close.” Its multiple uses in the verse show us that this word is very important.

So many of us ask the key question that follows – How? How do I get closer to God? If I put myself into the Torah portion, seeing a bloody altar with burning meat does not make me feel closer to God. And in my modern setting, I say these prayers and I may not know what they say or what they mean. How does that bring me closer to God?

So we take a lesson from the first word in the Torah portion – Vayikra. It’s not even about what the word means (And God called), but actually how it is physically written in the Torah. The scriptural tradition shows that all of the letters are the same and normal size, but the last letter, aleph, is written smaller.

There is a midrash (Letters of Rabbi Akiva) where all of the letters of the alphabet are competing to be the first letter in the alphabet. All of the letters present their significance except aleph. Aleph states that it is an insignificant letter. It has no sound on its own and needs to be connected with vowels and consonants to have any kind of meaning. For that reason, God made it the first letter, to teach us two things. One, that we cannot do anything without the support of others and two, the humility that aleph showed.

That is the reason given for this small aleph found in the beginning of Vayikra. We should approach the act of sacrifice with humility. We humble ourselves before God in order to attain communion with God.

Our modern selves struggle with this idea. We do not humble ourselves. It is perceived as a sign of weakness. However, the strength found in the subjugation of the self is the ability to actually do it and know that it is not losing yourself. That is the balance where true humility can be found.

That is why we are to model ourselves after Moses, the epitome of humility. Moses presented himself as not worthy of leadership. In presenting himself this way, he was the inevitable choice for leadership. That is the lesson of the story of the letters. Every letter was jumping up and down, trying to get God’s attention to be chosen, but it was the silent aleph. Moses is the silent aleph. And here, in the word, Vayikra, we are reminded that in order to be close to God, like Moses who was the closest to God of any human being, we are to humble ourselves like the aleph.

The act of sacrifice is violent and bold as described in Vayikra. The connection that it aspires to create between people and God is based in the material connection. But, as we have moved away from physical sacrifice to personal reflection and prayer, the act of connection is intimate. It is smaller, like the aleph, but it is closer. For sacrifice to work, you needed a priest to act on your behalf. For prayer to work, it is personal. It is just you and God. That is all you need.

Please fill out this form to share "Finding Strength in the Small Aleph | Parashat Vayikra" via e-mail.