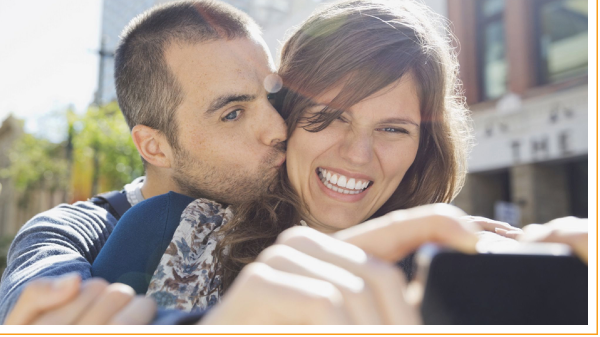 “Wait, wait,” says the seventeen-year-old guy’s adorable girlfriend (who is not just adorable but smart and capable as well) “Let me get a selfie. We look so good.” This follows her enthusiastic and his amenable, if not entirely thrilled, donning of costumes for the Halloween party. In the past they’ve been an astronaut and an alien. This time, Bonnie and Clyde. Though he had resisted her many costume adjustments and she had gotten annoyed with his resistance, the moment they snap the selfie, they are sweet and connected, two kids in love. Their mutual delight in how good they look (and they do) is transcendent and everyone is briefly elevated by their joy. Life seems full of potential and possibility. Then they are just teenagers again, about to go to a party. The selfie with a cell phone might seem quintessentially 21st Century but Midrash on our parasha would suggest that there is an ancient precursor to this life-affirming use of self-reflecting imagery.

In the laver, or basin, Aaron and his sons will wash their hands and feet before entering the Tent of Meeting, “that they may not die!” (Exodus 30:19 & 21) The significance of the sacred object is literally life and death That the text specifies it is women who contribute the copper is a surprising detail, to say the least.

This is the first we’ve heard of the women having mirrors, though we read earlier that the community willingly contributed the fine metals, cloth, hides and jewels they took with them out of Egypt to the creation of the Mishkan. What then, is the import of these mirrors? And who are these women who do tasks at the entrance to the Tent of Meeting?

From the intriguingly sparse outlines of these verses, the Midrash fills in a complete and delightful narrative. Under the oppression of Pharaoh in Egypt, the Israelite men suffer not only from the strain of forced labor, but also from imposed celibacy. Pharaoh decrees that they sleep in the fields instead of going home to their wives so they cannot conceive more Israelite children to threaten his power.

Shimon ben Chalafta said: What did the Israelite women do? They would go to the Nile to draw water, and the Holy One, blessed be He, would fill their jugs with little fishes. They would (sell some), cook and prepare (the fish), and buy some wine (with the proceeds of the sale), and then bring it to their husbands in the fields… While the men were eating and drinking, the women would take out their mirrors and glance into them with their husbands. They would say: “I am more attractive than you,” and the men would reply: “I am handsomer than you.” (Midrash Tanhuma Pekudei 9:1)

The women are the conduit for a miracle – little fishes fill their jugs, not just water from the Nile. They then act on their own initiative to sell some, prepare some, and buy wine to take out to the fields. They skillfully elicit playful banter from their beleaguered husbands, for whom love and sex are presumably not top of mind. Looking together into their mirrors, they laugh and tease. They encourage their husbands to see beyond the distress of the situation and they are successful. Because of their ability to uplift their husbands, the women will bear the next generation of Israelites, in defiance of Pharaoh’s decrees, in fact, “The Holy One, blessed be He, caused them to conceive on the spot.” (ibid)

The conditions are terrible and the strain on their relationships unimaginable. Yet these lovers find themselves and each other wonderfully attractive because the women invite their playful gaze into the mirrors. Lest we think that there is something unwholesome in the story, the Midrash imagines that Moses himself was angered by their impropriety, but,

The Holy One, blessed be He, called out to Moses: Moses, do you mistreat them because of these? These very mirrors produced the hosts in Egypt. Take them and make a basin of brass and its base for the priests, that they may sanctify the priests from it… (Midrash Tanhuma Pekudei 9)

The women’s actions affirm their love for their husbands but more importantly affirm life itself. They see the need. They act upon it and are acknowledged later for their insight and capable action. Their mirrors first ensure the continuation of the Jewish people and then become the source of purification for Aaron and his sons, the literal barrier between life and death.

Clearly, not every selfie has the capacity to bring about salvation and affirm life. But the text and its accompanying interpretation suggests that smart capable women certainly might. Maybe not dressed as an astronaut or an alien, though.

Please fill out this form to share "A Reflection of Self(ies) | Parashat Ki Tisa" via e-mail.