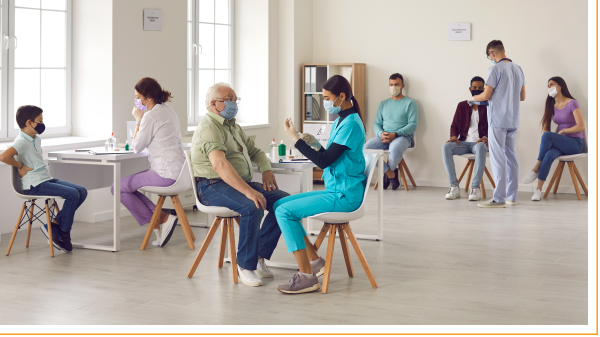 “VaYomer Adonai el Moshe Bo el Paroh” is the first clause of the opening verse of this week’s Parsha. Most English Bibles, based upon both Jewish and Christian scholarship, translate   “Bo el Paroh “as a Divine command to Moses to: Go to Pharaoh. In the URJ Torah commentary, ( page 448), Rabbi Gunther Plaut quotes  Abravenal, the great 15th century Spanish rabbi, who translates Bo, as enter, saying that the Parsha marks the beginning of Pharaoh actually entering into negotiations with Moses. Here Abravenal, seems to be amplifying the understanding of the 11th century, French Rabbi, Rashi,  who taught that  the purpose of this command was for Moses to warn Pharaoh of the consequences of his continual refusal to free People Israel from bondage.

A different understanding of this uncommon use, of a common Hebrew word, is offered to us by Joseph Bekhor Shor, a 12th century French Rabbi, who is one of the “Tosofot” commentators, who expanded upon Rashi’s earlier commentaries.  He suggests that the use of the verb Bo which literally means “Come” rather than “Lech” the Hebrew term for the verb “Go” is intentional, and should be read, as God saying to Moses “Come with Me to Pharaoh”. I find this reading from Tosofot both compelling and in this year, when all of humanity is seeking liberation from the Plague of Covid-19, comforting as well.

Bekhor Shor’s understanding of why the Torah uses the verb “Bo” rather than “lech” in introducing this Parsha, speaks to me of the frustration and “burn out” that I believe Moses was experiencing, at this moment, in the liberation narrative.  Seven times, in last week’s Torah reading, Moses, at God’s behest, went to Pharaoh and conveyed God’s demand: “Let My People Go that they might serve me”. Seven times, Pharaoh denied the request and increased his acts of oppression against Israel, leading the People to blamed Moses.

In every Torah scroll, there is a blank space  between the last verse of last week’s Torah portion, VaEra, which reads:  “So Pharaoh’s heart stiffened and he would not let the Israelites go, just as Adonai had foretold Moses” (Exodus 9:35),  and the opening of Parshat Bo (Exodus 10:1). The tradition of Midrash is to, at times seek to speculate what happens in these blank spaces. My own speculation is that after the frustration of his seven failed attempts to accomplish his mission, and the anger that his action has engenders among the Israelites whose lives have only become more difficult, Moses addresses God in the following way:

I hereby submit to you my resignation. Ever since our first direct encounter at the burning bush, I have reluctantly, but obediently, done your bidding. Since you remember all and know all, I need not remind you, that at the very beginning, I told you that neither the Israelites nor Pharaoh would pay attention to me. I knew, and I believe, you knew as well, that my efforts were doomed from the start. After seven disastrous plagues failed to convince Pharaoh to “Let Your People Go and Serve You”, and only served to make me a hated figure, among my own people, I am finished. I plan to return to the land of Midian and to plea with my wife, Zipporah, and my father in law, Jethro, to accept me back into the community.  I am read to mind my own business of sheparding, and leaving the prophesying to someone else. I wish you and Your People well, but God, it’s time for you, to find someone else to be Your Spokesman.

God’s refusal to accept Moses ‘resignation is where, I suggest, the short, but poignant, commentary, I mentioned above,  from Tosofot on the phrase “Bo el Paroh”, fits in. God’s response to Moses’ is not to once again send him to Pharaoh, but rather, to invite Moses to come along with God to Pharaoh. The implication of my Midrash is that God is saying to Moses, that if Moses will be a true “ben Yisrael” a person who, like his ancestor Jacob, wrestles with the human and the Divine and perseveres, that God will be with him on his mission and Moses will prevail.  I believe that Moses’ willingness to “Bo el Paroh” here in Exodus 10, is his recognition  of the revelation Jacob experienced in his dream in which a ladder connects heaven and earth, “that God is in this place and I did not know it. ”Genesis 28:16 (page 194 of Plaut). The Tosofot commentary, for me, teaches us that Moses, after the seven failures to liberate the Israelites from the grasp of Pharaoh, felt totally alone and need the reminder from God that God was with him on his mission.

I hear in the narrative of Parshat Bo, with its challenges and ultimate success in achieving Liberation, a reminder, that we too, can experience God’s Presence, when are willing to stand up and speak the truth to power. If Moses, had done any political polling before undertaking his mission to Pharaoh, or at any step along the way, I have no doubt that he would have given up and gone back to Midian. If Moses had chosen the expedient over the ethical, or the practical over the principled, would there ever have been a Sinai experience?

Another lesson that I hear in the phrase “Bo el Paroh”, is based upon Rashi’s commentary on the following phrase in this verse:

“For I have hardened his heart and hearts of his courtiers, in order that I may display these My signs among them” (Exodus 10:1)

Rashi says that Moses’ task at this moment is to warn Pharaoh of the consequences of his continuing refusal to allow the Israelites to leave. God, nonetheless warns Moses that Pharaoh will not acquiesce to Moses ‘plea but that God will be present with Moses.  The subsequent drama of this week’s Parsha with both the climactic plagues, the first Passover, described in chapter 12, and the Exodus itself, are proof text that the Tosofot translation of Bo as “Come along”, rather than Go, is correct. It took both Divine Will and Human Free Will to bring about the Liberation of Israel from Egypt. It wasn’t the magic of turning a walking stick into a snake, which made the Exodus possible, it was Moses’ leadership and the willingness of People Israel to follow that led to their liberation at the end of our Parsha this week.

As we begin 2021, our world continues to face both the biological plague of Covid-19 and the sociological and political plague of Hate. With miraculous speed, the world has been blessed by our scientific community’s development, of vaccines that can protect us against Covid-19 virus. Science cannot create a vaccine to immunize us from the plague of Hate, which continues to  manifest itself in the form of Anti-Semitism, Racism, Xenophobia and multiple other forms of Hatred for an “Other” rather than recognizing the Torah’s teaching that we are commanded to “be our brother’s keeper”  Moreover, as we celebrate Tu B’Shvat, the New Year of the Trees, next week, which reminds us that God, in Genesis chapter one made Humans His custodian over the world, let us all recognize that the Vaccines against Covid-19 will only save lives if we all commit ourselves, to “Bo”, Come together as one, and refrain from actions that endanger ourselves, and spreads the disease to others, before we are able to immunize all of our fellow inhabitants of this world.

The true greatness of Moses that comes clear to us each year in Parshat Bo, was the fact that despite all the reasons he had to quit his job of being God’s Voice and Hands in the world, Moses continued to say “Hineni” I am here,  every time that God ‘spoke” to him. I believe that God continues to “speak” to us today and has spoken to human beings in every generation. Moreover, I believe that each Divine utterance begins with the invitation of the first word of this week’s Parsha: Bo:  Come along with Me! For better or worse God created human beings with Free Will. We can choose to hear God’s invitation to us to be His partner in creating and redeeming the world or choose to be deaf to it.

May we on this Shabbat when we commemorate our Exodus from bondage, choose continue to listen for God’s invitation to “Bo” Come with God to stand up for Freedom from Tyrants and Freedom from the plagues of disease and hatred, and truly become B’nai Yisrael, people, who like Jacob, in Parshat Vayishlach, (Plaut 219) “wrestle with the Human and the Divine and Persevere.”

Please fill out this form to share "After the Plague of COVID 19 | Parashat Bo" via e-mail.