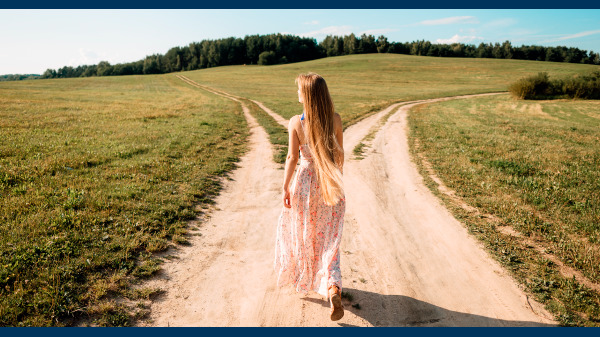 “here on this bridge between
starshine and clay,
my one hand holding tight
my other hand; come celebrate
with me that everyday
something has tried to kill me
and has failed.”

Tamar’s story of empowerment and resilience is tucked away in Parshat Vayeshev, and could easily be overshadowed by Joseph’s dramatic journey from favored son to forgotten prisoner. In fact, even within her narrative, Tamar’s bravery is subtle, and requires us to pay close attention. When we do, however, we discover a narrative that is deeply resonant today, as Tamar not only models for us how to overcome adversity as a woman in a male-dominated world, but how to navigate loss and stand in vulnerable spaces in order to find strength and act.

At the onset of the narrative, Tamar has little power: she is a woman, twice widowed, and her father-in-law, Judah, seems to control her fate. Her powerlessness is reflected in the text by the absence of her voice for the first 16 verses of the story, during which time Judah withholds his youngest son from Tamar, prolonging her status as a childless widow. Tamar is vulnerable, without anyone to protect her or advocate for her. It is from this place of vulnerability, however, that she discovers an inner strength, where she is willing to take a risk in order to reclaim her future.

The turning point in her narrative occurs in Genesis 38:14, where we are told:

So she took off her widow’s garb, covered her face with a veil, and, wrapping herself up, sat down at the entrance to Enaim, which is on the road to Timnah; for she saw that Shelah was grown up, yet she had not been given to him as wife.

Tamar’s transformation from powerless to empowered occurs as she physically removes her status as a widow and dwells in “Petach Enaim.” This is a Hebrew pun; while the words could be translated as the “entrance to Enaim,” they literally mean “the opening of eyes.” Rashi interprets these words to mean a place where “eyes become opened.” Other medieval commentaries emphasize that the location, Enaim, is a crossroads, and thus is a vulnerable place for a woman to be, as many “eyes are on” her. Contemporary scholar Avi Killip further notes that Petach Enaim is “a crossroads between towns,” and thus a place of liminality.  (Avi Killip, “The Widow, from Periphery to Power” https://www.929.org.il/lang/en/page/38/post/39184) Tamar’s choice to dwell in such a place is a subtle yet significant statement: after mourning both the loss of her husband and the life she had hoped to live, Tamar physically steps into a space that reflects vulnerability. The result of this, we will soon see, is incredibly powerful.

Dr. Brené Brown, a vulnerability expert, underscores the power of vulnerability. She writes, “Our willingness to own and engage with our vulnerability determines the depth of our courage and the clarity of our purpose… Rather than sitting on the sidelines…we must dare to show up and let ourselves be seen.” (Brené Brown, Daring Greatly: How the Courage to Be Vulnerable Transforms the Way We Live, Love, Parent and Lead, Avery, 2012, 2.)

As Brown describes, Tamar’s moment of vulnerability at the entrance of Enaim was also one of profound strength. In dwelling in Petach Enaim, and thus letting herself be seen, she is also able to open her own eyes to the possibilities ahead and her part to play in transforming those possibilities into reality.

In the past several months of the COVID-19 pandemic, so many of us have found ourselves like Tamar, in a state of grief and powerlessness. We have been mourning the way of life we had, and we continue to mourn, in anticipation, the very different life to come. Many of us have suffered personal losses, financial losses, professional and institutional losses. In these earth-shattering moments, these moments of loss and utter bewilderment, we can question how we can possibly keep going. However, if we are able to learn from Tamar’s experience, and embrace this moment of liminality alongside our vulnerability, we too can feel empowered to act. When we are feeling a sense of despair, we can reach out to a friend and be reminded that we are not alone. When we are feeling powerless, we can contribute our resources to someone who needs them, and remember that we still have agency to repair our broken world. When we are feeling overwhelmed, we can hold each other in our vulnerability, and reimagine a path forward.

By placing herself at a crossroads and risking her life, Tamar was able to reclaim her future. As we find ourselves in this vulnerable moment in history, may we too find ourselves at Petach Enaim; a place of visibility for all people and filled with vision for a better world.

Please fill out this form to share "Vision and Visibility: What Tamar Can Teach Us about Loss, Vulnerability and Power | Parashat Vayeshev" via e-mail.