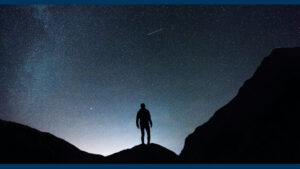 Jacob, with all he has amassed, has left the home of Laban—his uncle who also became his father-in-law—and is making his way back to Canaan. On this journey, just across the river, he will meet his brother, Esau, who is “coming to meet [him] and has 400 men with him.” (Genesis 21:7)

Jacob has not seen Esau for twenty years, since stealing their father’s deathbed blessing from his technically older twin. Esau, pained and furious, vowed to kill Jacob (27:41), who then fled to Paddan Aram where made a life among the household of Laban.

Young Esau did not know that his brother had procured for himself the blessing of the first born, and approached his father with a stew he had prepared from game he had hunted. Learning that he had been usurped, he pleaded.

Alas, Isaac had little to give.

And Esau said to his father, “Have you but one blessing, Father? Bless me too, Father!” And Esau wept aloud. (Genesis 27:38)

Is there anything more agonizing than a child pleading to their parent for a blessing—knowing that that blessing is gone? But, was the blessing gone? How can it be that blessings are zero-sum, that giving a prized blessing to one son means it is not available to the other?

Now, years later, on the eve of this reunion, after seeing the family, servants and property he had acquired throughout his years under Laban safely across the Jordan River, Jacob waited until the morning light when he would cross the river and join them.

Alone in the dark of night, the Torah tells us, he was, “greatly afraid and distressed”. (Genesis 32:8)

The rabbis are interested in the repetition. Why does the Torah use both “afraid” and “distressed”?

Jacob is worried on two levels about his imminent encounter with Esau: Afraid that he may be forced to kill his brother; Distressed that his brother may kill him. This fear spins and spins in the midrashic mind of Jacob. He imagines all the ways in which he is smaller, less worthy than his brother in his own eyes and in the eyes of God—all the reasons that he, Jacob, should not merit a successful journey home to Canaan. After all, Esau had stayed in The Land. Esau had remained at his parents’ side.

Many of us are familiar with this sort of anxious spinning. We, like Jacob, tell ourselves stories about our own relative unworthiness, about how others have lived lives of meritand that that success dwarfs our own lives. This does two things. First, it enforces within ourselves a zero-sum mentality: If the other is more worthy, then I am less worthy.

Second, it assumes that worthiness—the ways we have lived our lives, what we have created and grown—is up against the offerings others have brought. When Jacob sees Esau as a competitor—ah, siblings—and not his partner in building and creating the world, self-worth is a zero-sum game. And our sense of self-worth may flow through our parents, but it comes from God: Have you not saved a blessing for me? Are blessings finite? Is God’s love finite? No. And a belief in a “Zero-Sum God” has not served any of us well. This is true also as the bestower of blessings. Do we not have an abundance of blessings to transmit, to offer to our children, our students, our communities and beyond?

The capacity to transmit blessing is as infinite as God. It is something I assure parents of biological children who consider, or are on the path, to adoption. The love you have to give will always overflow the vessels who are thirsty to receive your blessing of love. Do not worry that it won’t be enough. Isaac was wrong. He had endless blessings of abundance to give. He just didn’t know it.