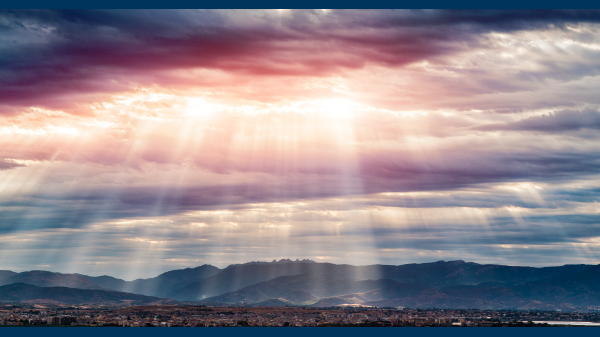 This week’s Torah portion is rich in familial details and challenges, yet it begins with a man on the run, a person alone and uncertain what will become of him.

So it is that the Patriarch Jacob comes upon a certain place, gathers stones of the place, goes to sleep in that place and has a dream. No doubt the repetition and emphasis on “place” inspired our Sages to indicate that word as one among the many names our tradition assigns to deity. As it were, deity is the Place of the world. However, it is about Jacob’s dream that I want to focus my brief offering about our Torah portion.

As may be familiar to many readers, the Patriarch’s dreams of a ladder with angels going up and down it and at the pinnacle, God. As to the ladder (Sulam in Hebrew), the meaning of the Hebrew is uncertain as the word is what scholars call a hapax legomenon, a fancy argot for a word that only appears once in Torah, hence the difficulty ascribing certainty to any definition. Among the best candidates that scholars advance for Sulam is ziggurat, an ancient step-pyramid-like sanctuary structure.

More essential are the details, as the keys to unlocking the meaning of a dream often reside in observing peculiarities and nuance. So the heart of the biblical image as the Jewish Publication Society translation offers (Genesis 28:12 through 13):

He dreamed, and lo – a ladder was set on the ground, with its top reaching to heaven and lo – angels of God going up and coming down on it. And lo – the Eternal stood up above it and said…

As an alternative to Rashi’s suggestion that the angels going up (i.e. leaving) represent Jacob’s guardians in the land of Israel and those coming down will accompany and protect him as he ventures to Haran, I’m drawn to an alternative that a person’s deeds may give rise to angels, that is messengers (the base meaning of the Hebrew) and messages that may address or reveal the sacred dimension residing at the heart of life, all life.

Even more extraordinary and suggestive of the chutzpah that resides in so much of Jewish teaching, in the dream Jacob “sees” deity standing Alav. The Hebrew may refer to God standing on the top of the “ladder” or, and here the chutzpah, it equally may mean God standing on him. Not, heaven forbid, meaning pushing down, rather that God is somehow depending on us, in, as if it were possible, in a partnership with humanity. So to speak, the Holy One needs human beings in order for the sacred to enter our world. In plain speak, not only do we need God – the claim of all Western religious traditions – but also God needs and depends on us.

And that job description, quite obviously, is one from which retirement is not only never required but also, for those who understand such as the most important business of life, not possible. In short, as Proverbs 20: 27 suggests, “Ner Adoshem Nishmat Adam /The soul of a person is God’s candle.” My interpretive translation would indicate that a person’s life/soul/character is God’s light. We are the way that God may be seen and sees our world. So we are, or at least ought to be, God’s candle, deity’s light.

Please fill out this form to share "Deity Really Needs Us Too | Parashat Vayetze" via e-mail.