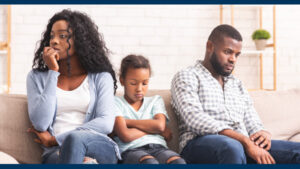 Parashat Toldot portrays a family in distress and a reminder about how families who do not communicate with each other will face a severing of relationships that oftentimes can never be healed.  Just think about the dynamics of this week’s Torah portion. It leads us to more questions than answers, but, the narrative allows us to ask whether there was a real communication problem between Isaac and Rebecca as well as with their twin sons. Did Rebecca tell her husband Isaac about the oracle she received before the twins, Esau and Jacob, were  born, where God told her that the “elder will serve the younger?” Why didn’t  Rebecca share her plan to dress Jacob in Esau’s clothes, which led him to receive the Patriarchal Blessing? Why couldn’t Isaac have at least informed his wife of his intention to bring the blessing to Esau instead of Jacob? If they had talked about it, maybe they could have come up with another solution, where Jacob would still have received the blessing, but not at the price of alienating his older brother. Why did Jacob follow his mother’s advice to create this ruse in the first place as he dressed in Esau’s clothing?

Rabbi Jonathan Sacks Z”L explained in his book; “Lessons in Leadership” that Toldot is an example of poor communication and missed opportunities between family members:

“Communication matters. In the beginning God created the natural world with words: “And God said: ‘Let there be….” We create the social world with words. The Targum (Aramaic translation of the Torah) translates the phrase “And man became a living soul,”(Genesis 2:7) into  “And man became a speaking soul.” “For us, speech is life. Life is relationship. And human relationships only exist because we can speak.  We can tell other people our hopes, our fears, our feelings and thoughts.”

Typically, speaking is not usually the problem. The issue is what people say to one another, and whether their words are constructive or destructive.  Nowadays therapists often teach us  to return to silence or to the inner self. Yet, when we live in silence and when we retreat to the point of becoming isolated from those we interact with– especially if it’s a family member– then have we not abdicated something sacred inside ourselves?

For some of us it is a struggle to communicate without either the fear of hurting others or being rejected by the person to whom we are trying to express ourselves.  One wonders about all the opportunities that might have availed themselves in the Torah portion had Rebecca and Isaac communicated better and avoided the estrangement between brothers. The rabbis understood this dilemma quite well. Thus, in Pirke Avot (Ethics of the Fathers), Hillel wrote, “In a place where there is no mentsch  (hishtadel l’hiyot eish) strive to be the mentsch.”: (Pirke Avot 2:6). It is common to translate this passage as either ‘strive to be a man’ or ‘to be a mentsch.’

The verb hishtadel means to strive. What spiritual energy churns inside a person who wants to communicate but is afraid or does not know how best to choose the right words to deal with a difficult conversation? A person knows when it is time to speak out and express one’s view, particularly when something is wrong. Yet standing up to someone and actually declaring one’s feelings out loud is a completely different matter.  This aspect of the internal hishtadel process — or soulful struggle to communicate one’s heartfelt thoughts or emotions — can be the most difficult part, and often the most rewarding aspect of achieving a state of being a mentsch. We therefore need to ask the following questions: did anyone in Isaac’s family struggle with such feelings while the great drama of securing the Patriarchal blessing for Jacob was being played out? And did anyone strive to be a mentsch when Jacob tricked his brother Esau to trade away his blessing to Jacob for a pot of food?

This Parasha is a good reminder that the striving of a single soul to communicate can have a big difference in their life as well as in the lives of their family. Rabbi Sacks Z”L was right to teach that each of us is filled with a cauldron of emotions that want and need to come out. If we live in silence and never speak our truths then how can we ever be the mentsch we aspire to become?

Please fill out this form to share "Speech is Life – How to avoid estrangement inside a family | Parashat Toldot" via e-mail.