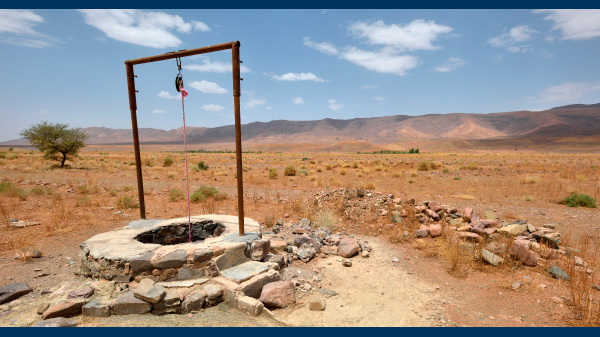 And the Lord said to Abram: “Go forth from your land and your birthplace and your father’s house to the land that I will show you. (Genesis 12:1)

When Sara died, at 127 years old Abraham, who was already 137, decided that it was time for his son Isaac to get married. Isaac was 37 years old – taking into account that when he was born, his parents Sarah and Abraham were 90 and 100 years old, respectively. If it depended on his passive way of life, his chances of getting married and having children were too small. Isaac also might not have safe family references: his father once put a knife so close to his neck that, if it wasn’t for an angel literally coming from heaven, he’d be killed. His mother, to whom he was very attached, had died recently.

Now Abraham decided to entrust to his oldest servant, Eliezer, the mission of seeking a wife for Isaac. But the task was complex: Abraham had Eliezer swear by the Eternal, God of Heaven and Earth, that he would not seek a wife among Canaanite women. Why swear by the God of Heaven and Earth? The reference indicates Abraham’s fear that his son could act like the men of the Flood generation. The Midrash says: “He did not want him to be like the men of the Flood generation… Observe what is written concerning them: The sons of God have seen the daughters of men… and took them wives, whoever they chose (Gen. 6:2). That was the reason they were destroyed from Earth.” (Midrash Tanchuma, Noach 12:3).

Then where Eliezer is supposed to seek a wife for Isaac? “To my land and to my birthplace you shall go”, said Abraham. But wait: if God had commanded him: “Go forth from your land and your birthplace”, why now did Abraham decided to send Eliezer to the place from which God commanded him to leave? This is an open question.

So Eliezer “took ten of his master’s camels and set out, taking with him all the bounty of his master; and he rose and went to Aram-Naharaim, to the city of Nahor. He made the camels kneel outside the city, by the well of water, at evening time, the time when the water-drawing women came out.” (Gen. 24:11)

One mistake and Eliezer would return home empty-handed. We read in the Zohar (1:130b:69): “According to Rabbi Abba, outside the city means: in the cemetery; by the well of water refers, as we learnt, to those who are the first (to be revived) in the cemetery.”

Eliezer was in troubles. Outside the city there is death; in the other hand, the water wells represent life. The timing was not better: the evening: not day nor night, appoints to uncertain moments. We continue with the Zohar (1:130b:70): “Rabbi Abba said that at evening time refers to Friday, Erev Shabbat, the time of the resurrection of the dead…. This is the time when the water-drawing women came out – refers to the scholars of the Torah, who draw the water of Torah.” That’s interesting! In a medieval Jewish sacred text that is intended even to be older, young women symbolize Torah scholars!! From these women come pure water, full of life: Talmud Torah comes from them. Such a kind of timeless Reform Judaism!

At this moment, Eliezer prays a bakashah, a request: “Lord, God of my master Abraham, grant me good speed this day, and do kindness (chessed) with my master, Abraham.” (Gen. 24:12) From Mussar tradition we learn (Shenei Luchot HaBrit, Torah Shebichtav, Chaie Sara, Torah Ohr 17): “Eliezer prays that God should perform an act of chessed, kindness (Abraham’s cardinal virtue) for Abraham.” Through Kabbalah, Abraham is identified with the Sefirah of Chessed, of kindness, also connected to the element Water. In the Tree of Life, Chessed makes the counterpoint of the Guevurah: strength and courage, attached to the element of Fire. Isaac is identified with the Sefirah of Guevurah. Really? Rebecca fits better to Guevurah.

Eliezer’s bakasha is answered: as soon as he finished to pray, Rebecca appeared. Eliezer asked for chessed/water. Rebecca offered water to him and to his camels; more chessed than he expected. When Rebecca says: “I am the daughter of Bethuel, the son of Milcah, whom she bore to Nahor.” (Gen. 24:24), Eliezer prayed a Hodaiah, in gratitude: Baruch Adonai, Elohe adoni Avraham, asher lo azav chasdo vaamito meim adoni. “Blessed be the Lord, the God of my master Abraham, who has not withheld His steadfast faithfulness from my master.” (Gen. 24:27).

As we recognize that human beings are much less than perfect, we pray to God for kindness, empathy and love; we don’t pray for truth, or at least not only for truth. Abraham did not always do what was correct – do you remember when he introduced his wife Sara as his sister to the Egyptians or when he took his son to be sacrificed?

But now, as an old man, Abraham endeavored to do what was possible, for Sarah and Isaac’s sake. May be that he expected that this love would give to Isaac, who knows, what he would need for the rest of his life, Guevurah: courage – and a little bit of fire, in order to observe the mitzvah of pru urvu, in other words, to bring children.

So Rebecca arrived: with her courage and with her Torah: ushavtem maim bessasson mimaaianê hayeshuah / “With joy you will draw water from the wells of salvation” (Isaiah 12:3) – that was Rebecca, the water-drawing woman. Rebecca, the Torah Scholar.

Please fill out this form to share "From Eliezer to Rebecca, a Torah Scholar | Parashat Chayei Sarah" via e-mail.