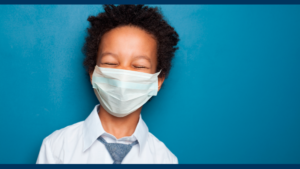 Recent world events and the covid-19 pandemic can leave little for us to laugh at. In fact, we might even feel guilty if we laugh these days. A few weeks ago, I met with a colleague of mine in my office. During this meeting, it was necessary to use the computer. As I sat at the key board and typed, she watched me and after a few minutes, she asked me if I play the piano. I said “I used to but I have not played for a very long time.” I wanted to know why she asked. She said “I can tell by the way you hold your wrists that you know how to play piano.” I wistfully commented on how silly it was to let it go as a teenager and she suggested “why not go back to it now?” I laughed and said “I don’t think so; it has been so many years since I played that I probably don’t even remember the basics”. The idea of going back to it now seemed so far out of reach.

In Parashat Vayera Abraham is visited by three angels who tell him that Sarah would a child in one year. Sarah, who was inside the tent listening, laughed. What was she laughing at? Centuries of Torah commentators have tried to understand this. She had every reason to believe that she could not have a child. She had been barren all her life and was now an old woman and Abraham an old man. What were the chances? Physiologically, she was beyond childbearing capacity. When questioned by God as to why she laughed, she denied laughing because she was afraid. Afraid of what? Was she frightened of God for having doubted God or was she frightened of herself? Was she afraid to believe, to hope for what seemed an impossible dream? Or was she frightened of the change in her life that a child might bring?

How many times have we each thought…”if only I could…no, that’s impossible”, we say with such thoughts as “I am too old; I am too tall; I am too short; I am not educated enough.” And when someone suggests we try it, we laugh. What are we laughing at? At the silliness of the thought, or, as Sarah, are we frightened? How many times have we admired others who strive to fulfill their passion, but for ourselves it is easy to doubt and not at all difficult to laugh at the notion.

While laughter may seem to be negative in such cases, there is actually holiness about laughter. We often laugh at an idea that seems unimaginable and ludicrous.  Laughter releases chemicals known as endorphins into our bloodstream that produce a feeling of elation making us feel better. It is a very human and primal experience that comes from deep within us. In the Babylonian Talmud Shabbat 30b we learn that before teaching issues about halakha, Rabbah the great teacher, would say something humorous to cheer those he was teaching. He even encouraged the telling of a joke before difficult sessions of Torah study to help students feel more comfortable and relaxed and thus their hearts and minds would be open to new learning and the joy of learning. Such joy from their laughter became a part of the holiness of learning and sharing with each other. In the Babylonian Talmud Taanit 22a, we read that Rabbi Beroka and Elijah met two brothers in the marketplace. Rabbi Beroka  asked: “what is your occupation?” They said: “we are jesters and we cheer up the depressed. Alternatively, when we see two people who have a quarrel between them, we strive to make peace.” Elijah said these two have a share in the World-to-Come.

There is a folktale is about a king who died leaving no heirs. The royal advisors released a bird and said that whoever the bird lands on would become king. The court jester who always acted silly was the one whose head the bird descended on and he became king. He was cheered and carried to the palace and given new and fancy clothes but he insisted on keeping his raggedy hat with the bells, and his drum. He asked for a small hut to be built near the palace and he went inside with his old clothes and drum and left them inside. He visited the hut every day for many years. He was a very good king but his advisors always wondered about his daily visit to the hut. Finally, they asked him about it. He said “I appreciate your advice about being a good king, but I was a jester before and I always humoured people bringing them laughter and joy. I keep my old clothes and drum in the hut. When I see them, I remember how my drumming, my singing and my jokes helped to make people happy and to laugh. Remembering the importance of being happy and of laughing helps me to be a more compassionate king.”

As with Sarah, our first thought is that of the impossible. The court jester who became king teaches us that by believing in ourselves, just maybe, that dream is indeed within our grasp. Eleanor Roosevelt said “you gain strength, courage, and confidence by every experience in which you really stop to look fear in the face…you must do that which you think you cannot do.”

Sometimes we laugh without knowing why. The passion we have for something may seem inconceivable and one of our most basic responses, that of laughter, emerges. May we have the insight to realize our dreams, the courage to overcome our self doubt, and to recognize that laughter is not negative; as Rabbah taught, laughter is holy as it opens our hearts and minds to new possibilities and allows for sacred learning.

Please fill out this form to share "Holiness in Laughter | Parashat Vayera" via e-mail.