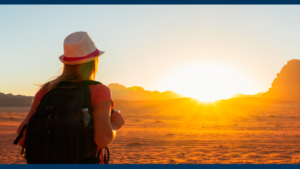 Three poems in the Torah are ascribed to Moses himself. The first in order of appearance is Shirat Hayam, the Song of the Sea (Exodus 15). The third is V’zot Habracha (Deuteronomy 33), in which Moses blesses the Israelite tribes before they cross the Jordan to go into the land. The second poem, named after its first word, Ha’azinu- Give ear, yields the name of our parasha.

This particular poem is panoramic as it leads us to consider the past, present, and future of the people of Israel. I admit that this poem touches me above the others probably because I was a history major, and continue to be a student of history.

Ha’azinu begins with a cosmic call to the heavens and the earth to bear witness to the Divine message to Israel. Then, the poem reminds the people of God’s strength, justice and unfailing support of Israel. Out of Divine love, God brought Israel out of Egypt and through the desert to be the apple (the Hebrew expression is pupil) of God’s eye. Despite all God’s love and nurturing, the poem charges the people with disloyalty and disobedience which comes from material self-indulgence. Blood curdling description of subsequent punishments are enumerated. But, God’s love is gracious and abundant. In the future, Israel will be vindicated, and acclaimed by the nations as God’s people.

There is in this poem one verse which is an urgent charge not only to the Israelites of Moses’ day, but to us contemporary Jews as well. Moses encourages his ancient listeners and us:

“Remember the days of old, consider the years of ages past;
Ask your father, he will inform you,
Your elders, and they will tell you.”   (Deuteronomy 32:7)

In other words, we are advised not merely to live in the present moment of our own concerns staring into the mirror of self-absorption. Moses bids us to look as well to our past which shapes our present context and which is a guidepost to our future.

As a child of five or six years old, I used to ask my grandmother to tell me stories of her childhood and of her parents. Among her recollections were times when my great grandparents hosted extended family gatherings or took in recently arrived immigrant relatives until they got on their feet. I heard through those stories the values of family loyalty and personal generosity. This was underscored when I learned that my great grandfather, owner of a dry goods and general store, would carry on his books, without interest, the debt of poor local farmers until times got better.  These stories impacted me to be devoted to tsedakah throughout my life.

As a ten year old in Hebrew school, my teacher, Metuka Miliken, told us stories of her youth in Tel Aviv at the end of the British Mandate and of the first years of Israel’s independence. Her exciting stories of people’s bravery and daring made a passionate Zionist out of me at a tender age which is still part of my being over sixty years later.

About six months ago, I said to my thirteen year old grandson that I would like to take him to Israel. I was shocked and pained to my core when he said to me that he doesn’t like Israel and doesn’t care about it. His answer told me how inundated younger generations are by the stream of negative media presentations of Israel. He simply does not have sufficient positive understanding to counter, or at least, to balance his view.Though he did not ask me, I took the verse in Deuteronomy 32:7 as my charge to enlighten and broaden him.

I wrote him a letter in which I explained what Israel means to me and to the Jewish people. We are not finished with this discussion. I hope sharing with him my feelings and experiences of Israel will help him overcome the negativity which Israel’s detractors spew daily.

Each of us parents and grandparents does well to take upon ourselves telling our Jewish stories to younger generations. It is no less important than putting away money for their college funds. For our youth to build and to live their Jewish identity, they need to know the soil in which they grow, the context of present challenges, and that they are integral in shaping the future of the Jewish people.

A mere half year beyond our reading of Ha’azinu, we will arrive at Pesach. The Haggadah reminds us how to speak to the one who is unable to ask about the story:

Please fill out this form to share "Remembering the Past to Create our Future | Parashat Ha’azinu" via e-mail.