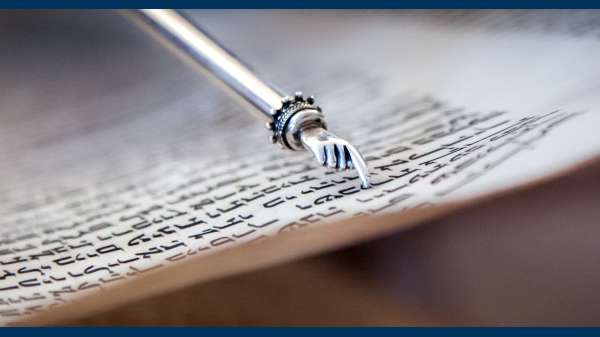 Ki Tetzei: A Torah portion bookended by the prospect and memory of war. We begin with the conquest of the land of Canaan and the law regarding the beautiful woman taken captive in war. “When you go out to battle against your enemies.” (Deuteronomy 21:10) And we end with the attack of Amalek against the Israelites as they left Egypt, “Undettered by fear of God he surprised you on the march, when you were famished and weary, and cut down all the stragglers in your rear.” (Deuteronomy 25:18). This Torah portion is bookended by conflict and its consequences. And it is a Torah portion sandwiched by difficult texts: on the one hand we have the problematic case of the captive woman and at the other we blot out the memory of Amalek.

If we focus just on the law of the captive woman we might think it is in contrast to the war of the Amalekites. This approach, which we might think of as a model of apologetics, is found in Michael Walzer’s “Just and Unjust Wars” in which he writes, “It is clear that what is at work here is a conception of the captive woman as a person who must be respected, despite her capture.”[1] You see in this way, Amalek becomes the antithesis of the Jewish approach to warfare. The moral arc of the Torah steers us away from prevalent practices in the ancient Near East – however unpalatable. The captive woman is at least given a modicum of protection, unlike the stragglers at the back of the Israelites picked off by Amalek.

We do not need to take the apologists’ line to see that texts like those of the captive woman have power to impact on how we read, understand and reflect on the heritage of our people. David Resnick, Professor of Jewish Education, has written about this case and how we can approach it educationally. He writes, “Surprisingly, to study this text in a Jewish context is at one and the same time to acknowledge the tradition’s nobility, its shortcomings, and its struggle to achieve moral clarity and spirituality in complex times.”[2]

Our Torah is full of challenging, morally problematic materials. Indeed, our Torah portion of Ki Tetzei, bookended as it is with warfare, has more than its fair share of difficult ideas. As a progressive Jew what we do with these sources becomes a recurring challenge for every generation. Indeed, Claude G Montefiore (first President of the WUPJ, founder of Liberal Judaism and Bible scholar) in a laudable attempt to provide parents with some kind of Bible that can be read with children and will not cause them to teach something which a parent does not themselves believe, notes:

He goes on to comment that, “tales of bloodshed and slaughter, unredeemed by moral teaching, yet set too often in a pseudo-religious framework, are very unsuitable in a Bible for Home Reading.”[4]

Dr Bonna Devora Haberman z’l wrote in an edition of the journal ‘Sh’ma’ that was largely devoted to exploring the question of difficult texts:

“…difficult texts become a nexus for a troubled existence, for problematic identities and realities. Rather than affirming who we are, this way of engaging texts addresses study as a method for social change. With difficult texts we aim toward transformation of ourselves and our world.”[5]

I think the issue remains, because whilst Haberman discusses our need to study, even those texts which horrify us, she does not touch on what happens when we read them in synagogue as part of our public lectionary cycle. One option, which plays to the ignorance of Jews, is to read but not translate. They hear the words of holiness, little realising that the words are anything but holy. But there is another option.

I’ve come to the conclusion that the biggest issue is not the reading of the texts (actually any religious texts of any faith tradition), it is the lack of context. Read in isolation the texts are those of terror – to be included in the brilliant book by Phyllis Trible.[6] From a visitor to synagogue hearing the words for the first time or a naïve zealot studying them alone at home – and everything in between – this isolation of context, history and interpretative tradition leave us vulnerable to undermining what our Judaism might stand for.

Our contemporary social context and interpretative tradition is part of what protects us.  And at the same time, we have a choice to make – we cannot remain silent in the face of the difficulty in our texts. We must read them to also verbalise a stance that says this is not our way. We have chosen to lead authentic Jewish lives that are different. We have to be cognisant of the parts of our textual tradition that are not all divinely inspired, noble ideals and more than that, we have to accept that these strains of thought are in our library of sacred texts. They could have been Judaism, and for some, maybe they still are, but they are not our Judaism as progressive Jews and we will never let them be so.

Please fill out this form to share "Bookends of War – Dealing with Difficult Texts | Parashat Ki Tetze" via e-mail.