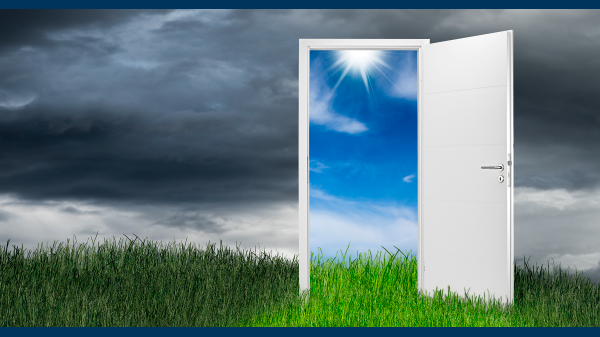 For the past nine and half years, I have met weekly with a group dedicated Torah students to explore the parashat hashavua. Our group of dedicated students follow in the footsteps of generations before us who make the study of the weekly portion central to their Judaism. Of course, as a group of progressive Jews, the issue of morality and justice are always on our minds. Does the text offer us ethical guidance? Are there times when the text appears to fail in giving us the moral guidance that we seek?

This especially arises when dealing with holy wars mandated by God. When we studied parasha Ekev, an ethically red flag arose. Deuteronomy 7:16 states: “You shall destroy all the peoples that the Lord your God delivers to you, showing them no pity?” The students questioned the morality of holy wars sanctioned by the God of Israel. I want my students to see the Torah as the premiere ethical text of the Jewish people so I search for some responses which might meet their concerns. “Well, archeologists and historians of ancient Israel tell us that these wars of conquest did not really happen.” Or “we have to understand the text in its historical context.” These answers quiet the discussion for a while but do not fully address the complete ethical challenges of these texts. Our portion this week helps us to do just that.

The laws of warfare are broadly described in Deuteronomy 20:  After discussing who was exempt from participating in the wars of conquest,  we find this statement:  (10)When you approach a town to attack it, you shall offer it terms of peace (11) If it responds peacefully and lets you in, all the people present there shall serve you at forced labor. (12) If it does surrender to you, but would join battle with you, you shall lay siege to it (13)and when the Lord your God delivers it into your hand, you shall put all the males to the sword. (14) You may, however, take as our booty the women, the children, the livestock, and everything in the town-all its spool—and enjoy the use of the spoil of your enemy, which the Lord your God gives you. (15) Thus, you shall deal with all towns that lie very far from you, towns that do not belong to nations hereabout. (16)  In the towns of the latter people, however, which the Lord your God is giving you as a heritage, you shall not let a soul remain alive. (17) No. You must proscribe them—the Hittites and Amorites, the Canaanites and Perizzites, the Hivites and the Jebusites—as the Lord your God has commanded you, less they lead you into doing all the abhorrent things that they have done for their gods, and you stand guilty before the Lord.

Distant cities might be offered peace but cities in the land of Canaan are not. Offering peace to the Canaanite towns presents a spiritual threat to the people of Israel: Canaanite practices are abhorrent and threaten the Israelites covenant with YHVH. We can not take a chance that the indigenous population will destroy the spiritual raison d’etre of the people of Israel.

Rashi proposes that an offer of peace does not apply to the wars against the Canaanites. Scripture is speaking of a war which is not obligatory upon them…. (comment on Deuteronomy 20:10) Rashi asserts that obliterating the evil nations is necessary for the affirmation of biblical justice. No exception exists.

Rambam (as Ramban) rejects Rashi’s approach and sees the offer of peace to the Seven Nations, as necessary. In the Rambam teaches:  No war is declared against any nation before peace offers are made to it. This obtains both in an optional war and a war for a religious cause ( the wars against Seven Nations) as it is say: When you approach a town to attack it, you shall offer it terns of peace ( Deut. 20:10). If the inhabitants make peace and accept the seven commandments enjoyed upon the descendants of Noah, none of them is slain but they become forced labor. If it responds peacefully and lets you in, all the people present there shall serve you at forced labor. (Laws of Kings and Wars 6:1)

If the enemy accepts the peace offer and undergoes a radical change, they are saved. This discussion is part of more complex analysis of the laws governing ward and peace which is beyond the scope of this essay. But, two ideas seem to arise from his teaching. First, here is an example where Rambam embraces an interpretation of the text that stretches the simple meaning of the text. What is his motive?  Giving the Canaanites an opportunity to make peace seems contrary to the divine intention as presented in the biblical narrative. I would love to believe that he followed this line of thinking because he could not give up on the fundamental humanity of all people even Israel’s enemies. Rambam wants to permit even in the most extreme circumstances the possibility of their enemy changing and making peace.

Second, it would be wrong to compare the war between the Seven Nations and ancient Israel as a model for all human reconciliation. However, Rambam is articulating a broad understanding of the resolution of differences. Even when opposing sides are totally alienated from each other, steps towards peace and reconciliation should remain open. How does this work in the real world is quite complex?   Can nations in total states of war and distrust overcome their history of hatred and find peace?  Can people who have a record of animosity and distrust reconcile?  These are the questions that my students of Torah study struggle with every week. They are the eternal questions that confront each us as we pray that endless rifts and battles on all levels of human existence can be healed. I cannot think of any question that is more urgent of our attention as we rapidly approach Elul and our period of serious introspection.

Please fill out this form to share "Should the Door to Peace Always Be Open? | Parashat Shoftim" via e-mail.