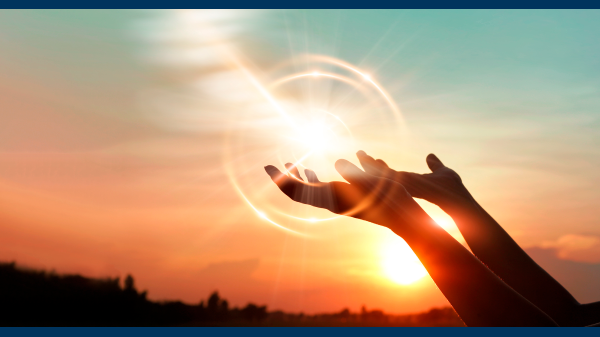 Parshat Vaetchanan begins: “And I pleaded with the Lord, saying…”

This one word, vaetchanan, starts us on a journey of exploration of the power of prayer.

Moses’ last attempt to convince God to ket him cross into the Promised Land was a heartfelt prayer. And yet Moses must know that his prayer will not be answered. He already knows that he has been denied the right to cross over the Jordan with the people, and that he will only see his prayer fulfilled from the other side. So why bother praying at all?

This question is certainly a most relevant one for us in the 21st century. How many times have I heard as a Rabbi “I prayed that my grandma would get well and yet she died.”  We make assumptions of God’s existence or non-existence based on getting a specific prayer request answered. We become sure of the justice or injustice of the universe based on a positive “yes” to whatever we have asked. I’ve always liked this quote by Jimmy Carter: “God always answers prayers. Sometimes it’s ‘yes.’ Sometimes the answer is ‘no.’ Sometimes it’s ‘you gotta be kidding.’” Doesn’t the universe sometimes just say to us “this time you gotta be kidding?”

In this time of pandemic, prayer is more unusual than ever. We sing alone in our hones, not daring to unmute the zoom box because of time lags. We watch the livestream passively, often not rising or sitting when the prayer leader does because we cannot be seen. Going to services in pajamas? Yes we do. Hopping from synagogue to synagogue across the globe during Kabbalat Shabbat? That’s a kind of blessing, too. Will we ever get back to the majesty, decorum and power of the sanctuary service the way it used to be? Do we even want to?

By March 27, five new communal prayers for the pandemic had already been composed and disseminated, including special prayers for frontline workers and a new blessing for washing the hands for the full recommended 20 seconds. This extraordinary time calls for extraordinary prayers. Zoom shivas, backyard socially-distanced minyans, outdoor park shofar-blowing: whatever is safe and can be imagined has and will be tried.

In his work Netivot Shalom, in the chapters on prayer, the 20th century Hasidic master Rabbi Sholom Noach Berezovsky (the Slonimer Rebbe) relates the midrash that Abraham “stood” ten trials. That word stood—amad—he says means the Amidah, or the central prayer of the service. In other words, Abraham prayed through each one.  He continues: “trials take from the human being all sense of their own achievements and abilities, until they must look to the heavens to strengthen their heart.” Like Moses’ last supplication, our prayers that this pandemic trial be over swiftly may not get answered in the way we hope or in the time frame we hope. Is our prayer futile then?  I think not. I think our prayers are more important than ever, be they from home or in a parking lot. Our prayers are strengthening our hearts in this time of trial. That is exactly what they are for.

“And I pleaded with the Lord, saying…” Rashi teaches: “This is one of three occasions where Moses spoke before the Omnipresent: I will not let You go until You tell me whether You will fulfill my request or not.” It is right now, as we start to imagine what reopening our synagogues might look like, that we should not let go of God. We must hold tight, that we may see what our requests will bring in the coming weeks and months.

Please fill out this form to share "The Power of Prayer | Parashat Va’etchanan" via e-mail.