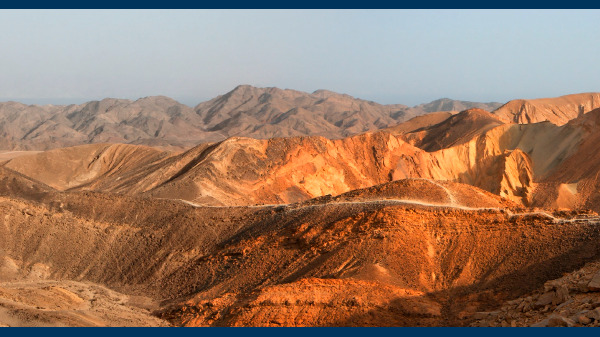 As an (amateur) historian of certain aspects of the Middle East I am frequently concerned and appalled at the widespread ignorance concerning even modern, not just ancient history. Political discussions and articles by two-dimensional journalists and biased punditry and hate-filled slogans work on the basis that whatever exists Now was always there, or that whoever wanted to establish a land in the 20th. Century had no right to do so because everyone else was already peacefully settled there and had been since the Flood, if not before. Yet – In this region the Past is also the Present and the Present is based very firmly on the Past and the Future will often depend on which interpretation of the Past wins over all others. Some basic knowledge is vital, especially when faced with opponents who have loud voices but very little historical fact upon which to base their arguments – concerning Israel’s right to exist, concerning the Holocaust, concerning anything much. ‘Fake News’ flourishes in spaces where the Truth is neglected. The majority of our members, even if they are supporters of Israel or especially if they are critics of Israel, know little or nothing of the League of Nations Mandates for Palestine, Iraq and Syria, know nothing of the debates concerning where borders and boundaries were to be drawn up in the period 1918-1925 following the demise of the Ottoman Empire – even questions such as whether the Sinai Peninsula should belong to Egypt, whether ‘Transjordan’ was or is a part of ‘Palestine’ (it was, until 1922 – indeed it only became ‘Jordan’ in 1950 after it had conquered and then annexed a part of the western bank of the Jordan and so was now on both sides of the river), or the ‘Hijaz’, the various Partition Plans of 1938, 1947, the rôle of the French in their Mandate in Syria, the creation of an independent Lebanon, and so forth. Are such issues important? I believe they could be and that many current political shouting-matches could be modified a little if the parties concerned at least looked at some (neutral) historical texts. Of course a lot depends on how far back you want to go.

I don’t know where Moshe Rabbenu learned his history, but as the People of Israel are approaching the time when they will have to leave the desert and enter (by force) a land to which they believe they are entitled, and since indeed they have already eliminated certain obstructive kings on their way, he gives them a history lesson too. It seems a lot has happened in the 440 years or so since Jacob and his sons had headed to Egypt. First he stresses that it was God, not random fate who led them from A to B, from B to C, to D, to E and so on. He is of course speaking now to the second generation, to the children of those who had actually experienced the Exodus from Egypt (2:14). They had not (as adults at least) heard the earlier debates about whether the land could be taken or whether the inhabitants were too tall, the cities too strongly fortified. They had no nostalgic desire to return to Egypt the way their parents had sometimes yearned for the stability and security of slavehood.

In Deuteronomy 2:2-8a he makes it clear that the tribe of Esau was ‘family’ (via Itzhak)  and were entitled to live where they were, for God had given them the land of Seir. However – not to be forgotten – ”The Horites used to live in Seir, but the descendants of Esau destroyed them and took over their land” (2:12). In 2:8b-12 the Moabites are also ‘family’ – (linked via Lot to Abraham) who had expelled and replaced the Emim and in 2:19-22 the same applies to the Ammonites who had – with God’s help – destroyed the Rephaim – ”and they succeeded them and dwelt there in their stead, until this day.” Then comes 2:23: ”The Avvim used to live in Gaza and surrounding villages but the Caphtorim came, destroyed them and dwelt in their stead.”  According to Joshua 13:3, set only a few years after Moses’ death, it seems the remaining Avvim had been pushed to the south.

Clearly we are talking about very ancient population migrations and invasions. ‘Esau’ refers to ‘Edom’ which is, roughly, what is now southern Jordan and Northern Saudi Arabia (names that only apply from the 1920’s); Ammon is roughly modern Jordan – with its capital Amman; As for Gaza – well, it is possible that the Caphtorim came from Crete, or from Cappadocia, or even from Egypt. Nobody really knows. But in Amos 9:7 God ”brought the Philistines from Caphtor”.

So – if one follows this history lesson from so long ago – the peoples in Jordan (north and south) and the Palestinians of the Gaza Strip are considered to be descendants of peoples who had (long ago) defeated and expelled or massacred the previous inhabitants. They are there by right of conquest, albeit – from Moses’ point of view – with divine confirmation. Since Christians also accept the Biblical account and Moslems should at least be aware that this is post-Ibrahim, who himself of course came to Canaan from Casdim via Haran, one would like to think that a little less self-righteous possessive shouting would result from a greater awareness of long-term political and ethnic drifts.

So whose land is whose land? It is for me as a European, living in a continent where the borders have changed so many, many times, where countries and empires have come and gone, ironic when certain European politicians speak of their ‘historic nations’, just as it is ironic when governments in the USA or Australasia (with their histories of invasion, political and cultural subjugation of native ethnic minorities, and worse, and none of them over three centuries old) take a position on which people should have a right to live in the area between Tel Aviv and Jerusalem, between Kiryat Shemona and Eilat, between the Jaffa Gate and Mount Scopus. I am not preaching fundamentalist fanaticism but an awareness that history is complex, and shaded, and goes back a long way. A text without a context is a mere pretext.

What happened to the Avvim, who used to live in Gaza? No-one knows. Perhaps more importantly – nobody seems to care…

Please fill out this form to share "This Land is My Land – Now | Parashat Devarim" via e-mail.