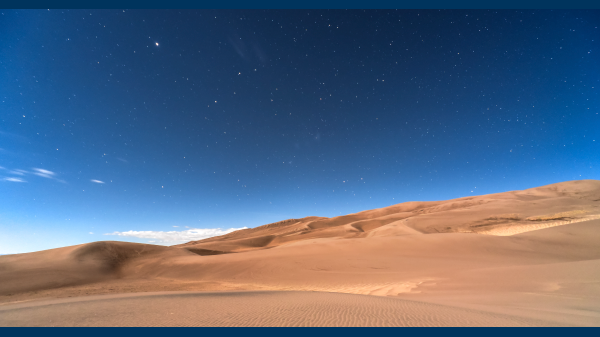 With these two Torah portions we finish the Book of Numbers and move on to Deuteronomy, Moses’s last testament to the people he has led for a generation. These last few chapters of Numbers are troubling for us today on many levels. First there are the rules regarding the taking of oaths, rules which basically treat women as without their own agency. This is followed by the call for vengeance against the Midianites in what is essentially a war of extermination. It is surely significant that this war is labeled as one of “the LORD’s vengeance” (niqmat -YHVH) and is to be led by the priest Phineas son of Eleazar. In short, the people are ordered to engage in a holy war. And it gets worse, when the troops return with captured women and children, Moses orders that they be killed (Nu. 31:13f).

If this is all we had, we would have to conclude that we are dealing with a patriarchal and hardened warrior horde bent on wreaking havoc on its enemies, or at least on its opponents.

But then with parashat Masa’ei, things seem to take a turn in a different direction. We now see more of the inner workings of the group. The first challenge we encounter is the request of the Gadites and the Reubenites to be settled on the east side of the Jordan, before the other tribes have even crossed the Jordan to begin their struggle for the land.  It is easy to see this as their withdrawal from the rest of the community. It sounds as if they are saying we have our land, good luck to the rest of you. Moses certainly seems to hear it this way but is able to use his diplomatic skill to allow the tribes to settle the area they have chosen, but only with the proviso that they  commit themselves to helping their fellow tribes in the conquest of the rest of the land. So communal solidarity takes precedence over narrow tribal interests.

With the travels at an end and the death of Aaron, the people start to look inward to the society they want to build. Several rather revolutionary social experiments are tried. One is the creation of cities for the Levites, the cost of which is spread proportionally among all the other tribes. Another is the establishment of Cities of Refuge, to which manslayers (as opposed to murderers) can flee and so end a chain of revenge or honor killings. Then there is the judication of the rights of the daughters of Zelophehad and their rights to inherit property, in some sense modifying the patriarchal power presupposed earlier.  ­­

In between these two descriptions, the outer and the inner if you will, we have the long list of the 42 encampments on the journey from Egypt (Rameses) to the edge of Edom (Mount Hor). Several explanations have been given for why this list appears. RASHI says that it is to show the mercy of the Divine, for it illustrates that the Children of Israel did not simply wander around for 40 years, but that they had long rest stops along the way. Maimonides argues that the list is to show that the Children of Israel did indeed wander in the wasteland of the desert and not in cultivated land, meaning that the miracles of manna and quail were really miracles.  A third interpretation is that the enumeration of encampments is neither about the mercy of the Divine nor about proving miracles, but rahter is an allegory for how we progress in life from stage to stage. This kind of allegorical interpretation is not new of course, it goes back to at least as far as Philo. For Philo, the entire story of Tanach is about the individual’s emotional and intellectual growth.  We go through stages in our individual lives, and the Torah is about recognizing these stages and dealing with them. The importance is to continue to develop our intellect and not stop at on point or another and think we have arrived. But today it has taken on a more powerful meaning. On a communal level it means we do not go from an enslaved people (whether physical or conceptual slavery) to a compassionate society in one smooth, straight glide. Rather we go through stages, and among these stages there may even be retrogressions. We make progress as a society and then fall back. The point is that we must always be aware that there is more to do, that we have not yet reached the Promised Land, but we forge ahead anyway. Maybe it is even a way of saying that it is not so much the destination, but the journey that represents growth. We certainly know from the rest of Tanakh that the Israelites hardly achieved a perfect society at the end of their wanderings. The haftarot of these parashot come from the Prophet Jeremiah, who clearly spoke about the failures of Israelite society hundreds of years after the Conquest. There was still work, sometimes a lot of work, to do.

Maybe the real message of this week’s double reading is that we contain within us both the Matot message (the holy warrior) and the Masa-ei (just society) potential. The struggle we all face as the heirs of the wandering Children of Israel, in fact just as human beings, is to find out how to move from the one to the other, how to find the balance between our own self-interest (the yetzer haRa, if you will) and the creation of a just society. It is a struggle of journeys, and, as in the Tanakh, it is a struggle and a journey and a wandering, that never reaches its full completion.

Please fill out this form to share "Building a Community is a Journey | Parashat Matot-Mase’ei" via e-mail.