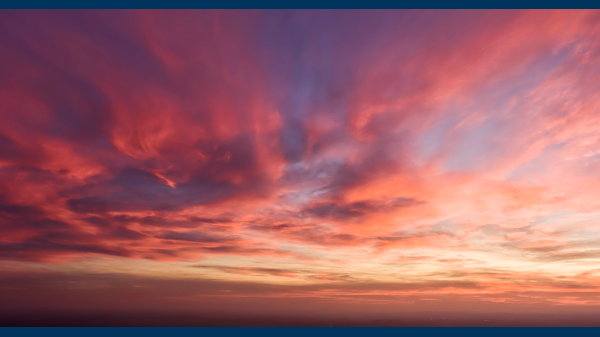 Pinchas, a Torah Portion that paradoxically begins with God countenancing violence with a “covenant of peace,” a brit shalom. Pinchas is a priest that alone should connote a non-violent, thoughtful, ritually driven sort of personality. His grandfather is Aaron, so he was afforded the best of everything during the circuitous Israelite journey to the promised land. No mistake about it, he hails from the upper crust of Israelite society. Yet, when God punishes the Israelites with a plague for intermingling with the idol-worshipping Midianites, Pinchas leaves his “safe zone” and unceremoniously spears, in the throes of romance, an Israelite Chieftain, and Midianite Princess. The upper-class Pinchas murders the upper-class couple, and the plague stops.

Pinchas’ single display of brutality ends God’s impulsiveness in inflicting disease for the sin of Israelites fornicating with Midianites and supposed idol worship. To make the story even more baffling, God bestows upon Pinchas a “covenant of peace” for this violent act.

“The covenant of peace” is mentioned elsewhere in the Bible: In Isaiah 54:9-10, we read, “To me, this is like the days of Noah, when I swore that the waters of Noah would never again cover the earth. So now I have sworn not to be angry with you, never to rebuke you again. Though the mountains be shaken and the hills be removed, yet my unfailing love for you will not be shaken nor my covenant of peace be removed,” says God, who has compassion on you.”

The commentators understood this irony and offered some justification. Rashi (11th century) thinks of the covenant of peace; in this context, as an offer of friendship, God saying to Pinchas, “we’re friends,” no big deal. You did something good for the Israelites; your actions serve as an example of faith. According to Rashi, Pinchas’ covenant of peace is not of the same scale as that decreed in Isaiah or Ezekiel; it’s more a gesture of amity. Pinchas did good. Many translators pick up on Rashi’s interpretation and translate Brit Shalom as a covenant of friendship. Yet, shalom does mean peace, no matter how you slice it.

Sforno (15th century) sees the covenant of peace as a compromise with the angel of death. Pinchas will live a long life and allude death. Pinchas lives, according to Talmud, for three-hundred years. He is a priest for many generations. Other commentators understand the covenant of peace as protection for Pinchas from those who would kill him for taking out a chieftain and princess with one thrust. In mafia terms, God makes Pinchas “a made man.”

The Mishnah taking off on Pinchas’ act states in Sanhedrin 9:6:2, “that cursed be anyone who has relations with an Aramean woman.” Not a Midianite, but close enough according to various commentators to the Mishnah.

The Lubavitcher Rebbe (20th century) acknowledged the tacit dichotomy of a priest engaged in a violent act. He explains the covenant of peace in that “Pinchas acted in complete opposition to his nature, transcending his inborn instincts to bring peace between G-d and Israel.” According to the Lubavitcher Rebbe, Pinchas deserves this honor because he did the unthinkable; as a priest, he used violence to attain peace. To save the lives of Israelites infected with a plague, Pinchas risked his own life by murdering a prominent couple without fear of retribution.

These rabbinic justifications still should not assuage our conundrum with the story, that God rewards Pinchas’ act of aggression with a coveted covenant of peace tribute. What gives? We agree the Israelites strayed from God in idol worship, and to top it off, they socialized with the idol worshippers; they were assimilating. Continued idol worship and intermixing would eventually initiate the slow disappearance of the Israelite culture of Judaism itself. Pinchas, as a Priest, would become obsolete. He would be filing for unemployment. The equation of no Israelites, no sacrifices, no donations to the Temple, spells disaster if your livelihood is being a priest.

His act of stopping the plague preserved those who support the priesthood through their taxes and made a statement that messing with idol worship will being ramifications as a plague. To a degree, Pinchas was self-serving, but in a positive manner. A priest should be praised, who picks up the sword to preserve his cult and uphold monotheism. A covenant of peace is the least God could do for Pinchas.

Pinchas’ act of courage was an act of self-preservation. The royal couple had to die to maintain the priestly class through Israelite worship. Pinchas took a self-serving risk, and God understood the realities of the situation. The plague stopped because Pinchas saw the implications of a diminution of Israelite society either through idol worship or a diminished population because of the epidemic.

Shockingly Pinchas’ self-interest also includes God’s self-interest. In Isaiah, we read, “the people whom I formed for myself, that they might declare my praise.” God created us to praise God. In Psalms, we read, “It is not the dead who praise the LORD, those who go down to the place of silence.” God needs us. Pinchas proves it. God in anger inflicts a plague and ultimately realizes this was a mistake; Pinchas’ bizarre act of bloodshed gave God a way out of the untenable situation.

And in all this, Pinchas becomes yet again an argument for the survival of the Jewish people. Today, we question Pinchas’ horrendous act of violence. Was there another way to stop the plague? Pinchas murdered a royal couple in a passionate embrace to preserve the greater good. Pinchas maintained his livelihood; God made sure living people will praise God. The Jewish people survive. It’s all good.

But in all things Bible, we must look upon the hidden side, the Remez as required by rabbinic exegesis. Theologians understand the covenant of peace as envisioning better times. It carries an eschatological connotation of a time of order, of hemostasis. God recognizes that Pinchas left the solace of ecclesiastical stuff to engage in the most violent act to stop the brutality of a plague. God makes this covenant of peace as a way of saying that God will not force a cleric to make such a decision again. A priest should heal, not murder.

God was wrong to bring about his plague in the first place, as God was wrong in destroying the world during the time of Noah, or for that matter, Sodom, and Gomorrah. God can’t force people to realize their mistakes through plagues, floods, or hailstorms. Pinchas stopping the scourge didn’t do very much. The Israelites would again return to different manifestations of idol worship and assimilation for the next three thousand years. A plague cannot be the answer every time the Israelite nation crosses the line. There must be a better way. The covenant of peace is God’s way of saying, “I’m not interfering in your foolishness,” correct your own sins.