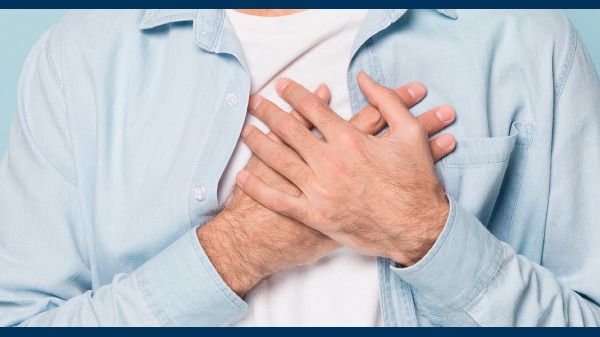 What does it mean to “have faith?” We use this expression in a variety of situations – have a little faith in me; keep up the faith; be faithful – all of which tend to be used by people concerning their relationships with other people. But the main use of the expression ‘faith’ is in the realm of religion. Google ‘faith’ and, having glanced through the shoe shop and the beauty products listed there, you will find enormous numbers of websites to do with religion, in many people’s minds synonymous with faith. Faith can simply imply a belief in God, but it often carries a stronger nuance of conviction that prayer and trust will bring about particular, generally benevolent or at least appropriate, ends and that the best faith is ‘blind’ faith.  And it is interesting that, in the first of many pages of that Google search, there was not one Jewish source.

This confirms my own experience. Jews don’t speak very often about ‘having faith.’ We do not see ourselves as a ‘faith’ community. When I founded a local branch of the CCJ, and my Christian co-founder referred to the gathering as being amongst people of faith, one of my congregants piped up that he was actually an agnostic. Explaining membership in a synagogue and Jewish identity to a committed Christian was one of our first interfaith [there that word is again] conversations.

With this in mind, how does one approach a parasha such as Shelach Lecha? In it, God tells Moses to send out scouts to bring back news of the land which the people are about to inherit. Ten of the spies speak tremblingly about mighty warriors whom they fear the Israelites cannot defeat in battle, and the people are terrified, even after Joshua and Caleb, the remaining scouts, tell them that the land is wonderful and that God has promised to be by their sides and  deliver this land to them. Joshua and Caleb tell the people to ‘have faith’ in God. And when they evince a lack of such faith, by stoning the positive messengers, God issues the ultimate punishment, stating that this first generation will not live to see the end purpose of their long journey from slavery into wandering, will never arrive.

I have long wondered about the diffidence Jews show to the idea of putting faith in God to the exclusion of exercising human reason. Most of the people that I know believe that in all such difficult situations, they would wish to confirm for themselves the best course of action without praying on it, or awaiting some supernatural salvation. The history of this struggle between faith and human action  is recorded in the Torah, here and in other places, where, from the point of view of God, the Israelites rebel and revolt, and where from the point of view of the Israelites, it seems perfectly reasonable to be fearful about unknown and dangerous situations.

This is quite fascinating. If our Israelite ancestors were demonstrating their commitment to analysing for themselves the dangers posed in the conquest of the land, then it would follow that this independence needed to be rooted out by any means possible, as a threat to religion and to God. And yet how could a progressive rabbi tell their congregants that they should not think for themselves, analyse situations and draw their own conclusions in life? This would go against everything most of us believe about human dignity and self-determination.

This is a work in progress, but I would like to posit that perhaps the issue is not faith and belief versus rational thought and agnosticism/atheism, but rather, that these can be separated into different spheres of human experience. In terms of action and decision-making, humanity must reserve for itself the right to explore, challenge, question, analyse, and understand everything about the world they inhabit and the lives they live, coming to their own conclusions about the best course of action.  Perhaps I vote for lack of faith as the way for people to proceed in the world. Yes to the Israelites who said that they were afraid and needed more reassurances before engaging in battle.

On the other hand, the human propensity for questioning and thinking and making decisions based on rational thought needs to be tempered with the best that religion has to offer, the values that lie alongside these difficult to explain Torah stories which warn against human creativity, the tales that try to teach compassion, connection, and caring. We need intuition/feeling mind as much as we need rational mind. In the first, we can find God, a rich source of inspiration to live well, do well, and to ground our lives in something beyond ourselves. The Israelites at the edge of the land desperately needed something to transform their story of enslavement and suffering into something of meaning, and it was from this they ran away. So no to the Israelites whose rational fears prevented them from doing something audacious and living boldly.

As Jews, we do the rational bit of religion very well, perhaps to the exclusion of the intuitive bit, which, without detracting from the right to protest even against the very heavens, is the other side of human religious creativity, to worship, to feel gratitude, to add meaning through ritual observances, and, to paraphrase words of Heschel, to perceive the wondrousness of life. We will need both of these qualities to cope with what lies ahead for us and for our world.

Please fill out this form to share "Have a Little Faith | Parashat Shelach Lechah" via e-mail.