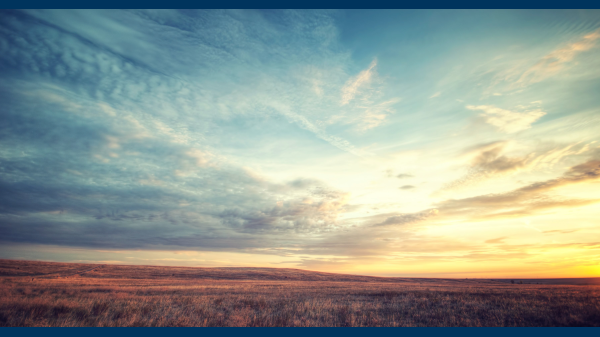 The opening of Parashat Naso (Nu. 4:21-49) marks the conclusion of the wilderness census, which began last week in Bamidbar. Whereas most of last week’s census was for the purpose of a military draft, the opening of Naso assigns roles for particular families of the tribe of Levi, whose service to God and the community would last the span of their working lives. The Levites are a prototype for civil servants in our contemporary world. They were supported by the taxes paid by the rest of People Israel for the support of the Tabernacle and ultimately the Temple. They were therefore not assigned a portion of the Land of Israel as were all the other Tribes. In the 21st century, especially as we live under the cloud of the Covid-19 Pandemic there is much to learn about the treatment of Civil Servants from these 29 verses of Torah. By limiting their years of service to certain ages, I hear the Torah teaching us that public service requires training and that those who serve the community faithfully throughout their career are entitled to support in retirement. In these last few months, I have come to a new level of appreciation for the dedication of the hundreds of thousands of contemporary Levites, who spend their working careers in government service to provide the public services we all too often take for granted in good times. These are the people who risk their lives to save others. Yet, over the course of the last quarter century, in America, in Israel and around the world, people who have chosen public service careers in government agencies and those who have chosen careers in community service in the not for profit world have too often, by too many, been viewed as less valued contributors to society than those whose “ value” can be easily measured by the money they earn and the profits they produce for investors.

The Covid -19 Pandemic and the modern Levites whose value to society has been clearly seen over the last six months has given me a new lens through which to view the mystery of our Parsha found in Chapter 6. Verses 1-21 the discussion of the Nazirite vow.  As Rabbi Plaut describes in his essay which follows verse 21 in our Reform movement The Torah: A Modern Commentary, Judaism, generally abhors asceticism. He suggests that the concept of a Nazir predates the Torah. He points out that in the Bible, in addition to the limited terms of the nazir described in Numbers 6, we have two examples of lifetime Nazirite vows, in the person of two Judges, Samson and Samuel.

I have always had a special interest in this Parsha and the story of the Nazir described in chapter 6, because 59 years ago it was the portion of the Torah I read at my Bar Mitzvah. The fact that the text demands (verse 13ff) that when the Nazirite vow is completed the Nazir must bring a sin offering has continue to trouble me and led me to a lifetime of speculation as to what was the sin of the Nazir? The Torah never defines the sin of the Nazirite.

Over the last 50 years since I began my rabbinic studies as a member of the first HUC –JIR class to spend our first year in Jerusalem I have come to believe that the “sin” of the Nazir, for which an offering was required, was thinking that one’s volunteer responsibility to the community can actually end. The stories of Samson and Samuel in the Books of Judges and Samuel, give us two different examples of lifetime Nazirites approaches to their vow.  I suggest to you that both Numbers 6 and these two amazing narratives are very relevant to us as 21st century Jews. Like the Nazir of old, our responsibility to serve God, by serving our community must be a lifelong pursuit.

Parashat Naso is read on either the Sabbath preceding or following Shavuot, the festival upon which we are each to re-experience the revelation of Torah at Mount Sinai. For Reform Judaism, Shavuot, the time of our receiving of Torah, became the moment of Confirmation. This year, as Confirmation services on Shavuot will not be the festive joyous events where teenagers in Reform synagogues world-wide commit themselves to Torah and Jewish community because of Covid-19, each us, even in our state of physical isolation, can, similar to the Nazir of ancient days, choose to take an oath.

However, rather than an oath of abstinence from cutting our hair or drinking intoxicants, as described in Numbers 6 our oath must be a positive affirmation to dedicate ourselves to Torah, Avodah and G’milut Hasadim, the study of torah, the worship of God and to do deeds of righteousness; an oath, to be a positive rather than a passive Jew. I suggest to you that we can equate the vow to be a Positive Jew with the vow of the Nazir of old. Similar to the Nazir described here in Numbers 6 to be a positive Jew in the 21st century requires both faith and action. Faith in God, in ourselves and in the vitality of the Jewish People along with a willingness to be pro-active in our pursuit of ways to integrate our Jewish values and our Jewish identity into our daily lives.

In our Torah portion, the laws of the Nazirite vow is followed by the Three-fold bracha, which we call Birkat Cohanim. I suggest to you at this season of revelation and confirmation that if we are willing to take a modern Nazirite vow to commit ourselves to the study of Torah, to the defense of the State of Israel, to the maintaining of our Temple as a house of prayer, a house of study and a community house from where we go forth in the pursuit of social and economic justice for all, then and only then will we merit the right to both invoke and to receive the three fold Bracha of Torah:

• may Adonai bless you and protect you;

• may Adonai deal kindly with you and be gracious to you;

• may Adonai smile upon you and grant you peace.

Please fill out this form to share "The Biblical Nazir as a model for Volunteer Communal Leadership | Parashat Naso" via e-mail.