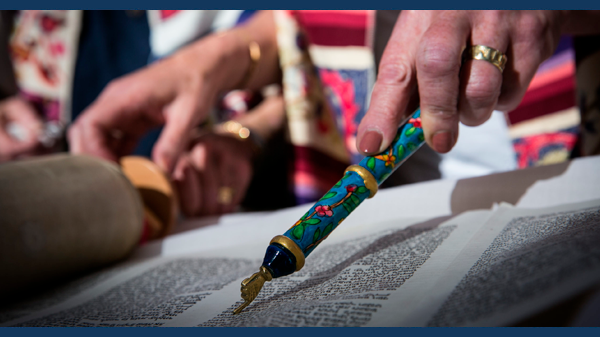 The root tzv in the Tanakh means, of course, command, and the parashah for this week opens with the imperative form of the root – Tzav! Command! ‎ Most people are perhaps better acquainted with the noun form derived from the root, namely, mitzvah. Mitzvah means ‘commandment’, but, if you ask most American Jews what a ‘mitzvah’ is, they will tell you ‘a good deed’. This transformation comes from the Yiddish, in which religious meanings are often reconceived in secular, and sometimes ironic, manners. ‘Don’t tell me the whole megillah’, i.e., ‘you are too long-winded’, comes from the reading of the megillah of Esther on Purim. There are many such examples.

Sometimes Progressive Jews also change the meaning and use of Jewish religious expressions. The widely celebrated UK Mitzvah Day is a good example. It was uncommon in former years for British Jews to translate mitzvah as a good deed, as there was not the same widespread incursion of Yiddish into regular intercourse, but for some reason, that is what we call the extraordinary November date in which Jews, and increasingly non-Jews as well, spend the day doing good deeds. I always wondered if it wouldn’t have been better to have called the day ‘Gemach Day’ that is, Gemilut Chasadim/Good Deeds Day, and then we would have introduced people to the rabbinical insights into the difference between the giving of money, tzedakah, and the doing of menshlichkeit activities, or Gemilut Chasadim. Similarly, in the USA, it was common for Bat/Bar Mitzvah students to engage in a project as part of the ‘mitzvah’ part of the Bar/Bat Mitzvah. Again, many such programmes emphasised the doing of nice things for people. I would always add a few suggestions for ritual mitzvahs as well,  and ask the students to try one or more of those.

Progressive Judaism is a liberal religion, has at its core a connection to liberalism and liberal values, and liberals in general are not good with the idea of being commanded. We don’t tell our people that they may not do something because, for instance, it is against the laws of shabbat. We say rather that they should engage in a process of study and reflection and then make an informed choice about how they will observe shabbat, even if it leads to their rejection of shabbat. It’s a conundrum, as sort of slippery slope on which we just have to maintain our balance because we cannot, and should not, believe we can tell Jews exactly how to be Jewish. I used to be asked all of the time, “Rabbi, can I drive on shabbat?” And I would respond, “And if I told you no, would you stop?!” Those decisions were theirs to make.

The problem is that very often, the informed choice part of being a progressive Jew gets lost. An acquaintance of mine joined my Reform synagogue after having been a member of an Orthodox one for most of her life. We rabbis were so excited, until she confessed that the reason she changed was that Reform means she doesn’t have to do anything. This was not what we had had in mind when we removed coercion, and accepted and encouraged autonomy.

What about the 18 Mitzvot [Commandments] found in this parashah? Most of them revolve around the sacrificial cult, which no Jew cannot participate in now. We progressive Jews have gone further  and have excised the memory and hope of restoration of the sacrificial system from many of our liturgies. But there is something in there to ponder, something about rituals that can assuage our guilt and allay our sin, something beyond words, some rituals which can restore wholeness, is very appealing. Some progressive Jews have developed active ritual acts, to move us from the verbal to the embodied, ceremonies such as placing pieces of paper upon which is written that from which we seek relief, and burning them. Such creativity can come when openminded, committed Jews engage in that serious mode of study and consideration we call informed choice and find ways to renew Jewish life.

As many of us are now under the big ‘tzav’ of governmentally ordained restriction of movement, it might be a good time to delve deeper into Jewish life, ritual as well as ethical, and make some informed choices that will enhance Judaism and your own personal Jewish life.

Please fill out this form to share "The Mitzvah of Tzav | Parashat Tzav" via e-mail.