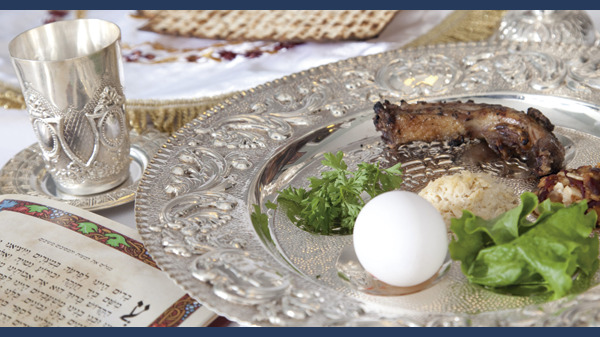 The third book of Torah, similar to the book of Exodus/ Sh’mot, which we have just completed, is known to us by two names. In English we refer to the book by the descriptive name given it by the ancient Jews of Greece, calling it the Book of Leviticus. In Hebrew, similar to all five books of Torah, it is known by the first Hebrew word of the Book which is Vayikra, which translated into English as “He Called”. Rabbi Bernard Bamberger Z’L, the editor of the Leviticus section of our URJ, The Torah: A Modern Commentary, (page 756), focuses our attention upon the fact that the Book of Vayikra/ Leviticus is primarily a descriptive narrative of the sacrificial offerings made by the Cohanim of ancient Israel. He wrote: “The first sacrifice described in this Book is called an Olah, an offering that will be totally burnt; a true sacrifice from which no human will gain benefit. It is an offering donated by an individual and is offered up on the Alter by the priest on the donor’s behalf.”

After reading Rabbi Bamberger’s commentary I thought about how different it is from the offering of the Passover sacrifice, described in Exodus 12, which is to be totally consumed by the family or community sharing in the Pascal offering. Both of these sacrifices, which in Hebrew are called Korbanot, from the Hebrew word whose root Kuf Resh Bet has the meaning of “bringing close” are considered sacred. The purpose of both public worship, as described here in Leviticus One by the offering up of the Olah and family observance, as reflected in the story of the first Passover, in Exodus 12, are to bring us closer to God.

However, later on in this Book, particularly in chapters 12- 15 Parshiot Tazria and Metzorah, the Cohanim take on the role of public health officials. People with what we’re feared to be communicable diseases are quarantined and separated from the rest of the community. However, while they are outside the community, the Israelites do not move on. Moreover, the Cohanim each week go out and check on the quarantined individuals to see if they have recovered and once it’s determined they are not contagious the person rejoins the community.

Question One for me as we approach Seder this year: How can 21st century Jews deal with the need on Seder night to both quarantine ourselves from those who are contagious with the Corona Virus AND still keep our family members and friends included in our Seder?

My extended family this year is going to attempt to use Zoom technology so that the two dozen who normally sit around the Seder table with my wife, Ann and I can both observe the Mitzvah of Pikuach Nefesh, the protection of our health by observing the rules of self quarantine and the Mitzvah of sharing in the Seder. On Seder night and throughout this Pandemic, as long as it last, keeping connected and continually deepening our relationships with family, friends, neighbors and even strangers, is, I believe, our true way of expressing our gratitude to God for our liberation from Egypt.

The opening verse of Leviticus, ” Vayikra el Moshe V’ Yidbar Adonai Alav M’ Ohel Moed””, which literally means “he called to Moses “and “Adonai spoke to him from the tent of meeting saying” is unusual in both its syntax and in the very way the letters are written. This of course has given rise to millennium of commentary. Rabbi Bamberger (page760) includes an Agada that claims that every time God speaks to Moses in the Bible Vayikra, He calls out to Moses as He did at the Burning Bush; “ Moshe Moshe!!” and Moses in turn always answers Hineni, I’m here !

This Midrash doesn’t really answer my question on the verse. In the final paragraph of the Book of Exodus, which immediately precede this verse on a Torah scroll, we are given a description of Moses standing at the entrance of this Tent of Meeting, The Ohel Moed, whose construction the Israelites had just completed. If Moses is there why would God have to “Vayikra”, call out, to Moses before speaking to him? Quoting from the Palestinian Targum, Rabbi Bamberger (page 757), suggests that God had to call out to Moses, because God’s Presence so filled the Tent of Meeting that Moses was reluctant to enter.

I wish to suggest a different read on this verse and to speculate that Moses’, the most human, as well as righteous of our Biblical heroes had for some unexplained reason, had his attention diverted?

This leads me to my second question for our Seders this year: is our attention diverted from God’s call to us?

Is God perhaps calling out to us in the 21st century, asking us, to pay better attention, to both the physical world upon which we live, and the world of human society in which we live? Here too, I see the rapid spread of the Corona Virus as symbolic of our generation’s misguided choice of priorities. This deadly epidemic has uncovered the weaknesses in our health care delivery system world-wide. The pandemic also has revealed the failure of International cooperation.

Another unusual feature of the opening word of the book of Leviticus, Vayikra, is that the last letter of the word Vayikra, an aleph, is squeezed into the space between the rest of the word and the first letter of the next word, El, which is also an aleph. This scribal peculiarity is found in every Torah scroll and in every manuscript of the Bible known to exist. Does this scribal peculiarity mean that this aleph was a late addition to the Torah text, or was it at some early time left out by a one scribe and reinserted by another? Either way, I want to share with you my own Drash of the word Vayikra and suggest the possibility that the original phrase was not “Vayikra el Moshe”. “And God called out to Moses and God spoke to him from the Tent of Meeting,” but rather, “VaYikar el Moshe” and God was dear to Moses, and therefore God spoke to him from the Tent of Meeting.

This translation, which is my own, is meant to convey my third question. Perhaps the pre-requisite to hear God is for us to affirm that God is dear to us? In Leviticus 19:18 we are commanded to “ love your neighbor as yourself” The reason given is “ ki Ani Adonai Elohachem” which I translate as Because God says so!

Passover recalls God’s love for us and that the way we express our gratitude to God is by being God’s Voice and Hands in the world.

While the Book of Leviticus contains so many seemingly irrelevant rules, about rituals we no longer observe, the underlying message of the book is its call to us to pledge our love and loyalty to God and to become God’s voice and hands in the world. To me this is the meaning for the command in Leviticus 19:18 to Love your neighbor as yourself, ends with the simply powerful affirmation Ani Adonai! We are instructed to Love our neighbor because God says so! It is also the reason that my fourth question for each of us to ask ourselves and those with whom we gather in less than two weeks is:

What am I going to do in the year ahead to combat not only the plague of the Corona Virus, but also, the viral plague of hate, which may be a greater threat to human society than even the virulent viruses that pre-occupy us today?

Please fill out this form to share "Four questions from the Book of Vayikra for consideration at our Passover Seders 2020 | Parashat Vayikra" via e-mail.