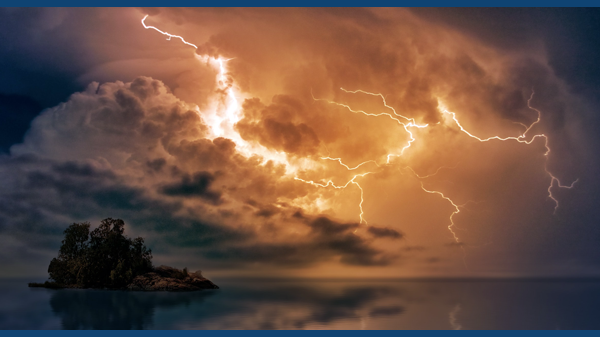 Torah is a human document written by multiple authors over centuries. As such it reflects both the best and worst of human imagining. We see evidence of both in this week’s parasha: the God who kills and the God who forgives.

What so troubled the Israelites that they beseeched Aaron to make a God for them? The absence of Moses:

The people surrounded Aaron shouting, “Make a God for us that will lead us, for this man Moses who brought us up from Egypt is missing and we don’t know what has befallen him!” (Shemot 32:1)

This is the temptation that caused Aaron to comply with the people’s demands. If he were to create his own God and be associated with that God, he would become the people’s God-Man; he would take his rightful place of power as the elder brother and leader of the Levite clan, a place usurped by Moses.

When Moses descends Mount Sinai and confronts what is clearly an affront to his status and power, Moses burns the Golden Calf, his brother’s God, and turns it to powder. In so doing he is once again usurping the place of his older brother (a quite common theme throughout Torah: Abel over Cain, Isaac over Ishmael, Jacob over Esau, Joseph over his brothers, and Ephraim over Manasseh). He then mixes the powder with water and makes the people drink. Why? To humiliate them. They would drink their God now and urinate their God later. You can imagine Moses pointing to pools of urine and mockingly announce: “Behold your God!”

He made the Israelites drink, but not Aaron or the Levites. Why not? Because Moses knew he could push his brother only so far. Humiliating the people was one thing; further humiliating Aaron in front of them was another. Besides, he needed to retake his place as the warlord of the Levites and could not risk their rejection. So, rather than humiliate the Levites he elevated them and bound them to him and his God by an act of terror.

Moses stood before the people and cried out, “Whoever is for Y-H-V-H stand with me!” (Shemot 32:26). The message was clear: to stand with Moses was to stand with God. To stand against him is to stand against God. The Levites gathered around Moses making it clear to everyone, especially Aaron, that Moses commanded their loyalty.

Moses then commanded the Levites saying,

So said Y-H-V-H the God of Israel, “Each of you! Strap on your sword and rampage through the camp. Kill your brother, slay your neighbor, and put your kinfolk to death” (Shemot 32:27).

The Levite warriors did as they were told and murdered 3000 of their fellow Israelites. But who told them to do this? Moses claims he received this order from Y-H-V-H the God of Israel, but Torah knows nothing of this. On the contrary, when God considered annihilating the Israelites as punishment for their idolatry, Moses talked God out of it (Shemot 32:10-14). The slaughter of the Israelites is Moses’ idea, an act taken to instill fear in the people: fear of God and fear of Moses who at this point is literally taking the place of God.

Moses knew the Levites wouldn’t commit mass murder on his say so alone, so he lied to them and claimed it was God who commanded the slaughter. Torah is making a powerful admission here: fear and violence are at the heart of religion. To underscore this teaching Torah then imagines God killing even more Israelites with a plague (Shemot 32:35). Only then is Moses and Moses’ God satisfied.

Later in our parasha we are introduced to a very different image of God: not the God who kills, but the God who forgives. This is the God revealed in the Thirteen Attributes of Godliness (Shemot 34:6–7):

How can we reconcile these two Gods? We can’t. Nor should we even try. All Gods are projections of ourselves but some projections are more life affirming than others. The imageless Y-H-V-H of the Thirteen Attributes is this life afforming God.

When Moses’ God sends the Levites out to slaughter their fellow Israelites, it isn’t the imageless Y-H-V-H that speaks, but Moses’ wounded ego and the idol it fashioned out of its woundedness. When Moses encounters the God of the Thirteen Attributes, he is encountering the true God, the imageless Y-H-V-H that has no prophets, priests, nation, people, and zealots ready to murder in God’s name.

The only God worth following is the imageless Y-H-V-H who calls you to see self and other as the happenings of Y-H-V-H, and to see compassion, patience, and forgiveness as the hallmarks of godliness. The only Torah that reveals this God is the Torah that proclaims “what is hateful to you do not do to another” (Hillel, Talmud, Shabbat 31a).

Please fill out this form to share "The God Who Kills | Parashat Ki Tisa" via e-mail.