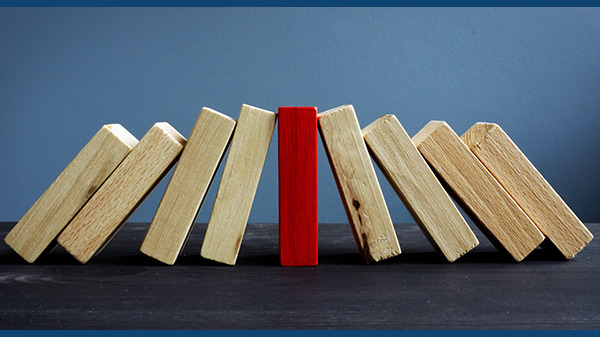 When he first received his mission as he stood before the burning bush he lacked the necessary confidence, and tools. He kept trying to shake off his duty. ‘The people would not believe me!’ … ‘Who shall I say sent me to them?’ ‘How are they going to believe that?’, ‘I am not a man of words’.[1]

God, who listened to each one of Moses’ expressions of anxiety gave him the tools to cope with his leadership challenge ahead. He could give signs and invoke miracles with his staff, and his brother Aaron was to accompany him. The People of Israel believed all the signs and wonders that he produced in the name of God, but regardless, they continued to complain end rebel against God and Moses, his messenger. Some, including his own brother and sister, launched a number of leadership challenges against him. Yet his worst failing was on account of his staff, used for the signs and wonders, that this great leader was denied the big prize at the end of the 40-year journey, entering the promised land.

Isaiah who receives his mission in a vision, is also concerned about his leadership skills. ‘My lips are unclean, and everyone else around me has the same problem… How can I communicate God’s pure and clean words?’ God had to send one of His fiery angels to perform a symbolic purification of Isaiah’s lips in order to give Isaiah the confidence to carry out his difficult and thankless mission.[2]

What we can we learn from Moses and Isaiah that it is not enough to locate and nominate great leaders. We must also give them the tools and means to carry out their leadership tasks, including the spiritual, emotional and practical support a leader is required in order to make a real difference.

Over time Moses managed to overcome his initial hurdles and established his leadership of the Chosen People. Yet, despite all the spectacular events Moses was involved in, he remained humble and does not use the immense power deposited in his hands for personal gains. We are told: ‘והאיש משה ענו מאד’ – ‘The man Moses was very humble.’[3] ‘ענו’ (anav) is a word related to the Hebrew word ‘עני’ (anni)– poor. Moses, who never used his position for his own benefit, becomes spiritually wealthy and materially poor.

In our parashah we witness a very exciting family reunion between this great and humble leader and his father-in-law Yitro-Jethro. The reunion is very emotional as they greet each other, kiss, hug, and catch-up on family stories.

Yet, when excitement of reunion is over Jethro provides valuable support to the leader Moses by giving him management advice.

Jethro identifies a problem with Moses’ leadership style. His son in-law sits on his own from the crack of dawn till late at night and single-handedly teaches, arbitrates and deals with people’s complaints.

After interviewing Moses and gathering data, Jethro presents the long-term consequences of Moses’ actions. You will eventually wear yourself out if you carry on at this pace. One cannot but suspect that here Jethro has a personal interest. If Moses is busy all day, when will he ever have time for family life? If this carries on he might need to make the journey again all the way from home to collect his daughter and grandchildren.

Moreover, by dedicating all his time to judging and teaching, Moses neglected some essential elements without which there could be no effective leadership. Moses needs time to think, to plan, to communicate with God, to prepare the people for the long journey, and to make sure that the next generation is ready for future challenges.

Jethro does not stop at describing the problem. He also provides the solution. Moses must delegate his work and empower others to take part of the system. Jethro’s proposed system is not only the foundation for the structure of effective and democratic human organisation, and of the modern state.

Jethro suggested a selection criteria for those to be nominated down the line. They need to be fearless of men, but fearful of God, lovers of truth and haters of personal gain. In other words, Jethro builds the model of a judge in Israel on the qualities of another successful leadership model – Moses himself.

Why did it have to be Jethro who had to point out these problems and solutions to Moses? Perhaps others noticed these issues before him yet their advice was not taken because they too involved. It took a friendly outsider who came out of the desert and had no personal involvement in the situation to point Moses in the right direction.

There is little doubt that by his own actions Jethro contributed not only to the wellbeing of Moses, but also to the making of Moses as the greatest leader of all times.

What can we take away from the story of Moses as a leader and Jethrow as a consultant?

Leaders of our community need the tools, encouragement and support in order to carry out his or her leadership mission effectively. They need to know how to delegate and share power rather than do everything alone. We can all fall into bad leadership habits and we sometimes need a decent outsider to show us the way out.

Those tasked with leading the Jewish world in our times need to have something of the qualities of Moses in them: fearlessness of the tasks and duties ahead, awe of God, lover of Truth and justice, humbleness, dislike of personal gain, and the ability to listen to good advice.

Please fill out this form to share "Leadership lessons from Moses | Parashat Yitro" via e-mail.