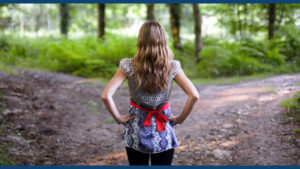 In modern “dress,” a wonderful, even smile inspiring midrash offers, “Had Reuben known his actions [in not rescuing Joseph from his brothers’ evil plans] would be in the Torah, he would have behaved differently.” Should you prefer the original text, see/look up/Google, Ruth Rabbah 5:6.

Millennia and miles separate that commentary from another story. This one is altogether true and comes out of a desperate time, specifically occupied Denmark during World War II.

As you likely know, the Danish resistance learned the date that the SS planned to deport the Jewish community to the death camps. The underground’s successful response to that plan meant that nearly the entire Jewish population escaped the Nazi roundup.

This specific account concerns the actions of Jordan Knudsen, a resident of Copenhagen,  who was both an ambulance driver and a member of the resistance. Self-evidently, an ambulance is an incredibly effective tool for this operation. Sounding the siren likely means unencumbered travel with, in this instance, the people who needed rescue. But Knudsen had a problem. He didn’t know any Jewish persons. What, then, to do? No doubt we would understand if he did nothing, which also would mean no risk for his own safety. Instead Knudsen found a phone book (older readers may recall such publications) and searched for what he thought might be Jewish names. As you know, often, not always, there is a link between certain family names and being Jewish.

Repeating the pattern multiple times, he saved any number of people from certain death. After the war, researchers interviewed members of the Danish resistance to see what they might learn about altruism, heroism. Knudsen’s response to the query of why he risked all in this effort deserves deep reflection. His very brief answer: “What else could I do?”

Among the reasons I find his comment so compelling and challenging is the certainty that everyone at some time, even if it may not be a moment in which lives are at risk,  faces that same test, which brings me to this week’s Torah portion in which Judah makes an impassioned speech to his yet unknown to him brother, Joseph. We might even describe it as Judah’s “what else could I do” moment. The context is key. After all, the brothers haven’t read the Torah, they are in it. As far as the story provides, they presume that Benjamin has stolen the vizier’s divining cup. In short, he deserves punishment, yet Judah implores, “Therefore, please let your servant remain as a slave to my lord instead of the boy, and let the boy go back with his brothers. For how can I go back to my father unless the boy is with me?” [Genesis 44:33-34]

The contrast cannot be more stark or compelling. Years earlier, with the sole rationale being an overwhelming distaste for Joseph, they sell their brother to a passing caravan, and, even more remarkable in terms of demonstrably cruel indifference, they bring “fake news” via his blood-soaked tunic to their inconsolable father (“… I will go down mourning to my son in Sheol.” [Genesis 37:35]). Now, with good and substantial reason to abandon a brother, Judah desperately offers himself instead. And in that action, Joseph can no longer restrain himself, and he cries, “I am Joseph. Is my father still well?”

No doubt, that is why this remarkable story serves as a focal point for what real Teshuvah, true repentance and turning mean. In brief one knows that Teshuvah is genuine when confronted with similar circumstances, yet one does not behave in anything like the same way. Indeed, once they abandoned a brother without cause and now with cause, they will not give up their brother. Now, indeed, they are brothers, a genuinely restored and healing family.

As for us, I am convinced that every life has moments like Judah, like Jordan Knudsen. The only question is at such a time will “what else can we do” find us on the side of life and caring, of uplift and action. Will we be reconciled to others and to the best in ourselves?

Time will always tell and as the lesson of this portion insists, there is always a next time and the next. Such moments inevitably will find us, and when they do, may such moments ever find us embracing the path that leads to caring, loving, holiness and light.

Please fill out this form to share "Eastside, westside: whose side are you on? | Parashat Vayigash" via e-mail.