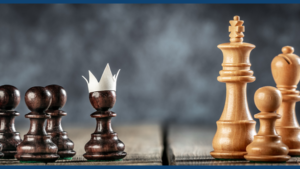 “And Joseph recognised his brothers but the brothers did not recognise him.”

In one of the great reversals in Tanakh, Joseph, whom we saw at the end of Vayeshev, languishing in prison, becomes in Miketz, a ruler of Egypt, second only to Pharaoh. It happens with astonishing speed.

Pharaoh has two disturbing dreams. None of the interpretations offered by his Magi satisfy him and only then does Pharaoh’s Chief Steward remember Joseph, his former fellow prisoner, who had an uncanny gift of deciphering dreams. Hurriedly, Joseph is taken from prison, given a wash and change of clothes and brought before the ruler.

Pharaoh invites him to implement the strategy, giving him control of the Egyptian economy. Joseph moves from prisoner to Prime Minister in one effortless leap. But as so often happens in Genesis, not only with Abraham, Isaac, and now with Joseph, there is always a famine in the Land of Canaan. This famine forces the brothers of Joseph, whom they thought was dead, to come to Egypt in order to bring food back to their father and the grandchildren of Jacob.

Here, we encounter what the brilliant Robert Alter defines as a “type-scene, a drama enacted several times throughout Genesis with variations.” I find that these type scenes, as Alter describes them, are absolutely fascinating.

As I look through the Book of Genesis, there are two type-scenes that seem to crop up all the time. The first is that of sibling rivalry, as we see between Cain and Abel, Ishmael and Isaac, Jacob and Esau, and Joseph and his brothers.

The second theme that is fascinating is this concept of disguise. We see it between Jacob and Isaac when Isaac is blind and Jacob, through the prompting of his mother Rebecca, puts on a costume which Jacob himself doesn’t want to do, but he follows his mother’s wishes and he disguises himself as Esau. The second disguise in Genesis is the disguise of Leah, who Jacob thinks is Rachel on their wedding night. The third is in last week’s Parashah, Genesis 38, in which Tamar disguises herself as a prostitute to carry on the Levirate marriage. And the final disguise is in this present Parashah Miketz, in which Joseph recognizes his brothers but they do not recognize him as Egyptian royalty.

This is the fourth scene in which a disguise takes place and in my mind is the lens through which the meeting between Joseph and his brothers must be understood.

The man the brothers bow down to bears no resemblance to a Hebrew shepherd. He speaks Egyptian. He is dressed in Egyptian ruler’s robes. His is called Tzafenat Paneah, an Egyptian name. He wears a Pharaoh’s signet ring and the gold chain of authority. Thus, the brothers think that they are in the presence of an Egyptian prince but it is Joseph their brother in disguise.

4 scenes, 4 disguises, 4 failures to see behind the masquerade – what do they have in common?

Something very striking indeed. It is only by not being recognised, that Jacob, Leah, Tamar and Joseph can be recognised, in the sense of attended, taken seriously, heeded. Isaac loves Esau, not Jacob. Jacob loves Rachel, not Leah. Judah thinks of his youngest son, not of the plight of Tamar. Joseph is hated by his brothers.

Only when they appear as something or someone other than they are, can they achieve what they seek: for Jacob – his father’s blessing; for Leah – a husband; for Tamar – a son; for Joseph – the non-hostile attention of his brothers.

The plight of these four individuals is summed up in a single poignant phrase, “Joseph recognized his brothers, but they did not recognise him.”

Do the disguises work? In the short-term, yes; but in the long-term, not necessarily. Jacob suffers greatly for having taken Esau’s blessing. Leah, though she marries Jacob, never wins his love. Tamar had a child, in fact, twins, but Judah, “was not intimate with her anymore.” As for Joseph, his brothers no longer hate him, but now they fear him. Even after his assurances that he bears them no grudge, they still think he will take revenge on them after their father dies.

What is achieved in disguise is never the love that is sought. But something else happens. Jacob, Leah, Tamar and Joseph discover that though they may never win the affection of those from who they seek it, God is with them. That, ultimately, is enough. A disguise is an act of hiding from others and perhaps from oneself.

In the aftermath of the disguises of Jacob, Leah, Tamar and Joseph, there is no healing of relationships but there is mending of identity. That is what makes them not secular narratives, but deeply religious chronicles of psychological growth in maturation. What they tell is simple and profound.

Those who stand before God need no mask, no disguise, to achieve self-worth.

Please fill out this form to share "Parashat Miketz" via e-mail.