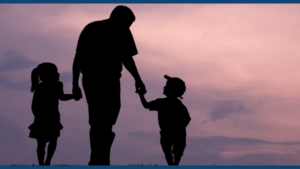 My wife and I have three children, two boys and a girl. Ever since they were old enough to realize that they outnumbered us — that we were, in sports speak, in a “zone defense” — each one has tried to get over on the other two by appealing for favoritism from me or my wife. Each one argues that a certain rule may apply to the other two siblings, but it does not apply to him/her because he/she is our favorite.

Sometimes, one of them follows up this ploy by privately (secretively) asking us which of our three children is our favorite? I assume every parent of multiples has faced the same question. Our answer is, “we love you all equally, and we love you each differently.” This answer doesn’t satisfy them by any stretch of the imagination, but it’s both honest and philosophical enough to let them know we are on to their game and are putting up a strong defense.

In this week’s Torah portion, Tol’dot, Isaac and Rebekah, the parents of twin boys Jacob and Esau are not so careful or circumspect with regard to showing favoritism to one child over the other. From the outset we are told that these two children are very different beings.

“Two peoples are in your belly; two nations shall branch off from each other [as they emerge from your womb]. One people shall prevail over the other; the elder shall serve the younger. … When the boys grew up, Esau became a skillful hunter and a man of the outdoors; but Jacob was a homespun man, keeping to the tents.” (Gen 25:23, 27)

“The rabbinic commentators point to the phrase, “When the boys grew up” in verse 27 to emphasize that while it was prophesized and known to Rebekah that the boys would be quite different, she and Isaac nevertheless raised them in precisely the same environment and with the same methodology. This was their mistake.” (Rabbi Samson Raphael Hirsch, Hirsch Commentary on the Torah, on Genesis 25:27)

Rebekah and Isaac did not take into account that each child needed an upbringing that was curated for his specific social-emotional needs. Even though children may come from the same parents and be the same age, born as twins (as is the case in this week’s parashah), no two children are the same, just as no two people are the same. Therefore, how we raise each one must be as different as they are from each other.

“Esau rebelled against this upbringing, which did not suit his personality and temperament and turned to the evil path. Had Isaac and Rebecca realized Esau’s unique personality traits early on, they could have raised him differently and he could also have become righteous like Jacob.” (Rabbi Nachum Amsel, The Jewish Encyclopedia of Moral and Ethical Issues [Jason Aronson Publishing, 1996])

But their mistakes as parents, like those of all parents, doesn’t end there. In the next verse they take “parenting fails” to a whole new level:

“Isaac favored Esau, because he [Esau] put game in his mouth, but Rebekah favored Jacob.” (Gen 25:28)

So monumental is this type of error that Rabbis in the Talmud attribute another instance of parental favoritism, that of Jacob toward his son Joseph, as the reason why the Israelites ended up in slavery in Egypt.

“A person should never distinguish one of his sons from among the other sons by giving him preferential treatment. As, due to the weight of two sela of fine wool that Jacob gave to Joseph, beyond what he gave the rest of his sons, in making him the striped coat [the coat of many colors], his brothers became jealous of him and the matter unfolded and our forefathers descended to Egypt.” (Babylonian Talmud, Shabbat 10b)

That’s a pretty compelling argument for not showing favoritism toward one of your children: it might end in the enslavement of an entire people for four centuries!

Rabbi Hirsch extracts from our parashah not only what Isaac and Rebekah should not have done, but also, more constructively, what they could have done for a better result:

“The striking contrast in the grandchildren of Abraham may have been due not so much to a difference in their temperaments as to a mistake in the way they were brought up. No attention was paid to their differences while they were little; both were given the same teaching and educational treatment. Had Isaac and Rebekah studied the nature of Esau and spoken to that nature, who can say how different the history of the ages may have been recorded.” (Rabbi Samson Raphael Hirsch, Hirsch Commentary on the Torah, on Genesis 25:27)

So, while Isaac and Rebekah love their children differently, they are thwarted because they do not love them equally. They do not give the same care and attention to Esau’s spiritual and emotional well-being that they nurture in his brother. Conversely, they nurture Jacob’s emotional intelligence, but fail to challenge him to literally move outside his comfort zone (the family tent) and encounter the harsh realities of the natural world.

This is the great challenge of parenthood, particularly today in our modern “let the child lead” approach to parenting. We go to great lengths to support and reinforce our children’s interests and aspirations, and that, on its face, seems wise and loving. How many coaches, tutors, and clinics have we enrolled our children in to pursue their all-star or celebrity dreams, even as we know that the fraction of famous people on the whole planet is roughly 0.0086 percent? Which is to say, almost no one is famous. (see Rebecca J. Rosen, “Something Like 0.0086% of the World Is Famous,” The Atlantic, Jan. 22, 2013)

And still, even if our children are far more likely to watch an awards show than walk the red carpet, these are important and critical investments in support of their hopes and dreams. As parents we will stop at nothing to see their dreams fulfilled. But what about pushing them toward the things they have not dreamed of yet? Should we strive to expose them to those experiences and challenges they would never think to consider, or are actively trying to avoid? Are we obligated to help them confront their fears, just as we are to embrace their joys?

A favorite teaching from the Talmud tells that a parent’s responsibilities to their children, understandably, include teaching them a trade as well as Torah. But it also says that we must teach our children how to swim. (Babylonian Talmud, Kiddushin 29a). Why? What is swimming?

Swimming is curiosity; swimming is navigating the rough waters of life, without any support, entirely on your own. We teach children to swim so that they will know courage, know to overcome fear. For if they know how to swim, they can call upon the resources of courage that dwell within each soul, let go of fear, and venture out into the uncertain, the unknown, aware that they can make it to the other side of any divide. They gain the confidence to do anything, particularly that which doesn’t come naturally or is unfamiliar.

Please fill out this form to share "Teaching Children According to Their Own Way | Parashat Toldot" via e-mail.