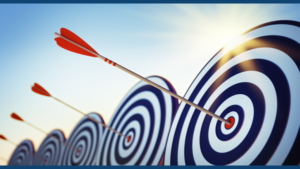 In this week’s Parasha, Vaiera, it is as if we meet two different Abrahams. One a man of faith and strength, willing to stand up for justice, even against God. The other a man of faith who blindly follows God, regardless of the justness of the command.

Throughout my childhood, and in rabbinical school, I only learned about the Abraham who begins a defining trait of Jewish tradition; the questioning of God. Moses carries on this tradition, as do the early Rabbis, the early Chassidic masters, and our own Progressive Jewish Movement. To this day, that is the Abraham I try to emulate and encourage others to do the same, by questioning injustice.

But, we cannot ignore the “other Abraham”. That is the Abraham that twice allows his wife Sarah to be taken into the harems of kings. The Abraham who twice sends his son Ishmael into the desert, perchance to die, because Sarah asked him to. The Abraham who meekly follows God’s order to take his son Isaac to the mountain top and kill him as a sacrifice.

I believe that God was not testing Abraham’s inherent faith but rather, the need for even a great person like Abraham to repent his sin and be sure he understood of the value of human life. It is obvious from earlier parts of this week’s and last week’s Parshiyot that  Abraham lacked the understanding that the preservation of human life supersedes nearly all other commandments and was willing to murder his own son Ishmael by sending him out into the desert to die. Abraham, who stood up to God in defense of Sodom and Gomorrah did not stand up to his human wife and twice banished Ishmael and Hagar.

We know that a central part of our repentance involves a commitment to not repeat behavior that falls short. Now the test begins to make sense. Has Abraham repented his near murder of Ishmael? Obviously not. Abraham obediently takes Isaac up the mountain, binds him on top of the altar, and reaching for the knife prepares to slaughter him. Abraham fails this test of the sincerity of any repentance or remorse of leaving Ishmael to die in the desert.

How can we know Abraham failed? Because God never again speaks to Abraham. “And Abraham picked up the knife to slay his son. “Then a messenger of the Eternal called to him from heaven: Abraham! Abraham! And he answered, Here I am. And the messenger said, Do not raise your hand against the boy, or do anything to him. …

The messenger of the Eternal called to Abraham a second time from heaven, and said, By Myself I swear, the Eternal declares: Because you have done this and have not withheld your son, your favored one, I will bestow My blessing upon you and make your descendants as numerous as the stars of heaven and the sands on the seashore; and your descendants shall seize the gates of their foes.

All the nations of the earth shall bless themselves by your descendants, because you have obeyed My command.” (Genesis 22)

Yes – Abraham tried to obey God’s command and in doing so earned a blessing for himself and his descendants, but failed the test. God never speaks to Abraham ever again even though he lives for several more decades. Their personal relationship has come to an end even though Abraham always put faith and obedience to God first and foremost in his life. Abraham fails the test because he forgot that each person, including his sons, is made in the image of God and his or her life is precious. In his old age Abraham has become a fanatic. He hears God tell him to kill his son and, even though in the end he stays his hand, he loses everything. He never sees his wife Sarah until she dies and he needs to bury her. Isaac and Ishmael, the sons he tried to kill, never see him until he dies and they come to bury him.

While Abraham eventually remarries and has more children and wealth, but what of Isaac? Here I agree with the poet Barbara D. Holender who, in her poem “The Binding” writes:

Of course Isaac was sacrificed–
what else can you call it?
Three days on the road and no answer,
and then the answer–the knife,
no need to plunge it in….

They say it came out right
at the last minute,
it didn’t really happen.
I say the wounding lasted forever.

So Abraham came down from the mountain
and went on his way.

And Isaac? He’s still up there
trying to figure out
who can you trust in this world.

May we never fail the test. May we follow the example of our Jewish and Progressive forebears and always stand up for justice and call those who commit unjust acts to account, regardless of their position, even if it is God.

Please fill out this form to share "Pass or Fail | Parashat Vayera" via e-mail.