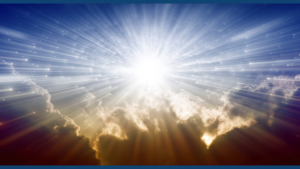 Once upon a time – when I was in college – I had a friend who was the classic renegade. It was the late 1960’s and he was full of passionate disdain for the political leaders of the day and for the War in Vietnam.

Mort (that was his name) was, by the way, a Jew and gladly shared his anger against Judaism too. As he once told me, “Judaism is useless. All you get in a Jewish worship service is prayer after prayer about death.”

Of course, Mort was wrong. True, the traditional service does contain multiple versions of the Kaddish, but none of them really focuses on death itself. The Kaddish in all its forms is rather an affirmation of life.

This week’s Torah portion presents a challenge along the same lines.

On the one hand, the words of Deuteronomy Chapter 32 are disturbing. Moses recites a lengthy poem in which the Israelites stray from the covenant, God becomes enraged and only “saves” the people after they have been allowed to suffer severe punishments.

God is tough and demanding. God is largely unforgiving. This is not a user-friendly version of Judaism. As Mort would probably conclude, “If this is what the Torah offers, I’m not interested.”

Except reading the Torah potion in this way misses the point.

It requires forgetting what has actually happened in the preceding 40 years. God has liberated the Israelites from slavery. God has given them commandments for living in freedom. God has insisted that the Israelites need to “choose life” as they build their future.

In fact, the most important image of God may be what comes first in Deuteronomy Chapter 32. There God announces God’s intentions. Only a few days after Yom Kippur in our modern calendar, God declares,

Give ear, o heavens, that I may speak.
And let the earth hear My mouth’s utterances.
Let My teaching drop like rain, My saying flow like the dew.
Like showers on the green and like cloudbursts on the grass.
(Deuteronomy 32:2, translated by Robert Alter)

Centuries later Shakespeare would capture the essence of these Torah words in a soliloquy by Portia from The Merchant of Venice.

The quality of mercy is not strained.  It droppeth as the gentle rain from heaven upon the place beneath.
(Act 4, Scene 1)

Although this week’s Torah portion does present a God of severity, that image of God is softened by the opening verses of the portion. There we learn that God’s preferred mode is mercy. God wants to be compassionate and forgiving.

Think back to Yom Kippur where the tension about God also resides. According to the Machzor/Holiday prayer book, God has the power. God is Melech/Ruler and God can see how inadequate we humans often are. We sin.

And yet the final word on Yom Kippur emerges as we draw closer to the end of the day. There we are assured that God yearns for our repentance and warmly welcomes it. You might say God “smiles” when we make the slightest move towards decency. God welcomes us into the New Year and wants to see us at our best.

And how do we know this is so beyond Yom Kippur?

Second, because this coming weekend will bring us Shabbat plus a new holiday on Sunday evening. Sukkot will arrive when we are commanded nothing less than to rejoice. (Deuteronomy 16:14) Sukkot involves a commandment to enjoy the fruits of the earth.

My old friend Mort might find a scowl in the Torah. (If you search for it, you too can find that grimace.) But I have a broader sense of the Torah and Judaism. It allows me to discern a smile from God and from our tradition. At its core, Judaism give all of us a broad open path toward life.

Please fill out this form to share "A Gracious God – Welcome to Life! | Parashat Ha’azinu" via e-mail.