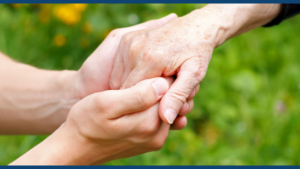 The Book of Deuteronomy is, in effect, the “swan song” of Moses, as he stands with Joshua and the Israelites on the bank of the Jordan River.  As the Torah draws to a close, and along with it, our calendar year, we read a virtual recapitulation of the saga of our people from the beginning: the brutality of our enslavement in Egypt, our miraculous rescue and redemption at the Sea of Reeds, our birth as a nation and Revelation of Torah, and our continued trials and tribulations as we continued to wander through the wilderness to this moment. The text also outlines for us the kind of society the people of Israel were to establish once we crossed the Jordan into the Promised Land.

Virtually throughout the Book of Deuteronomy, we are reminded again, and yet again, of our sacred obligations to protect the weak and powerless in our midst:  the poor, the widow, the orphan, the stranger.  Their well-being is our responsibility, and we are charged with their protection and care.   It is one of the core values of our tradition, and as Jews we have embraced it throughout our history, in every generation, and in every corner of the world.

(17) Remember what Amalek did to you on your journey, after you left Egypt – (18) how, undeterred by fear of God, he surprised you on the march, when you were famished and weary, and cut down all the stragglers in your rear.  (19) Therefore, when Adonai your God grants you safety from all your enemies around you, in the land that Adonai your God is giving you as a hereditary portion, you shall blot out the memory of Amalek from under heaven.  Do not forget!

The Amalekites were a fierce desert tribe that attacked the Israelites on their journey.  In addition to reading these verses each year on Shabbat Ki Teitzei, we also read them as an addition to the regular parashah on Shabbat Zachor, the Shabbat immediately preceding the Festival of Purim.  According to tradition, the cruel Persian governor Haman was a descendant of Amalek, and thus we are commanded to blot out his name as well, which we do on Purim with groggers, horns, and whatever else suits our fancy.

While the people of Israel had to contend with numerous enemies and foreign tribes, the Amalekites were singled out by the Deuteronomic author because of their particular level of cruelty.  Note verse 18, in which Amalek was said to have “cut down all the stragglers (kol hanecheshalim) in your rear.”  Who are the necheshalim – the stragglers?  Of course:  the elderly, the children, the disabled, those who are thirsty, or starving, or exhausted.  When the Amalekites attacked the Children of Israel, they attacked from behind – wantonly striking first at those least able to defend themselves.

If I may, I would recall the words of our teacher Rabbi Dr. Eugene B. Borowitz, z”l, with whom I was privileged to study at HUC-JIR in New York, during the 1980’s.  Dr. Borowitz was revered as the “dean” of modern Jewish philosophy, particularly in the post-Holocaust world.  Dr. Borowitz wrote this in his publication, Exploring Jewish Ethics: Papers on Covenant Responsibility (Wayne State University Press, 1990).  This excerpt was quoted by Rabbi Dr. David Ellenson, Chancellor Emeritus of HUC-JIR, in marking the first yahrzeit of Dr. Borowitz on Founders Day at HUC in New York, in March of 2017.  The excerpt summarizes Dr. Borowitz’s primary “criterion for measuring the adequacy of a political arrangement.”  I thought it particularly noteworthy at the time because at that very moment, the United States Congress was embroiled in a debate on the floor about health care – an issue that we still don’t seem to have figured out.

“Being a Jew who, against the odds, has rather regularly been in synagogues for most of his post-bar-mitzvah life, I have had it drummed into me by repetitive Torah and prophetic readings that a social order is judged by the text cases of the stranger, the orphan, and the widow. . . Or the poor. The Bible believes that we are positively obligated to one another. Hence when people have special needs it is our duty to help them. . . We must not pervert justice for the poor or prevent it from functioning for the stranger, the orphan or the widow. The weak and powerless must not become disenfranchised. But the Bible goes far beyond structural entailments. It prescribes our substantive obligations to others less well-situated or competent. We must plead the case of the widow and the orphan. We must give food and money to the poor. (The nearby poor are our first but not our only responsibility.) We must leave the corner of our fields and what fell in the harvesting for the poor and the stranger who dwells in our gates. We must separate a tithe for the poor. These are not options, warmly recommended to the good-hearted. They are commandments; religious laws of the state in that odd theo-political situation (to borrow and re-direct Buber’s term) which the Bible describes.”

We in the United States, of course, are now beginning to winnow down the field of Democratic candidates seeking to challenge the current president, Donald J. Trump, in what is certain to be a contentious and probably very unpleasant election season next year.  Regardless of what Mr. Trump has claimed regarding the “loyalty” or “disloyalty” of Jewish Americans as would be evidenced by our vote, the indisputable fact is that whatever our particular party may be, and whoever our favored candidates are or ever have been, American Jews are not only loyal and patriotic Americans, but have, by and large, voted out of our sensibilities as Jews; among them, this core value of protecting and uplifting the least among us – a value which we understand also to be embedded within the fundamental aspiration of America itself.

Wherever we may live, we are bound together in our dedication to this core value of Jewish teaching.  It drives us in our personal daily conduct, and in our participation in, and contribution to, the body politic of the particular nation to which we pledge our allegiance.  On this Shabbat Ki Teitzei, we remember yet again our sacred obligations and the ways in which they enrich our lives, and move us to enrich the lives of those around us.

Please fill out this form to share "A Core Jewish Value | Parashat Ki Tetze" via e-mail.