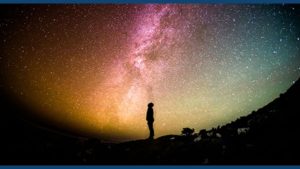 When reading Parashat Shoftim I am back in time. I find myself again at Leo Baeck College in London, where I studied some 30 years ago to become a rabbi. In the meantime, I find myself in my 26th year in the rabbinate in Amsterdam, The Netherlands, the largest Liberal/Reform  Jewish Community on the continent of Europe.

My rabbinic thesis was about this sidra. When the army goes to war to fight against its enemies. The army is gathering and before they actually engage in the fight, a priest steps forward and addresses the soldiers to strengthen them. The Talmud (BT Hora’ayot 12b; Sotah 42b) calls this priest, the meshuach milchama, the one who is anointed for war. He is a priest (cohen) who is specially-anointed to be with the soldiers to explain to them the rules of war and to encourage them as a positive spirit. In 1971, I was appointed to be the first non-Orthodox Chaplain to the Dutch Forces.

The meshuach milchama addressed the soldiers: “Don’t be afraid for your enemy, be strong and realize that it is God Who is fighting for you, He will win your battles” (dev. 20:3-4). It was not a case of sanctifying arms or “purity of arms”. Arms are not pure, the Temple and the altar kept purity, and there were no arms or any iron, from which arms were made, allowed in the Temple area.

Even in today’s synagogues, we do not use iron or metal on the altar or on Torah scrolls; Our most holy places and texts do not mix with the materials of weapons that can be used to kill or people. We use silver for the Torah’s yadayim and the rimonim.

So what is the priest’s role in wartime? He inspires the army that God is with them. He forms the link between the spiritual and physical (ie. their human abilities on the battlefield). Much like today, where the rabbi empowers congregants, strengthens them and encourages them to find strength within.

After the meshuach milchama, scribes informed the soldiers about mitzvot related to their going to war. There are four exemptions to going to battle:

The idea was not to get the largest army but the strongest. Soldiers who are preoccupied with these domestic mizvot will be bad fighters. One’s mind cannot be full with the commandments that keep him at home. The mizvot started but not finished first be finished. First settle one’s life: building, eating, and having a family.

This text is repeated in the First Book of Maccabees (3:56-57) where Yehuda haMakabi addresses the army to fight against the Syrian/Hellenistic oppressors. Yehuda haMakabi is a priest (cohen) and army leader and combines the two in his address. In the end, he says, only men who are real fighters, who have their minds on winning the war, are useful. Only a small group was left and this was the miracle of Chanuka. It was a small group that trusted in God to give them the power and courage to fight. With the words of Al Hanissim during Chanuka: “You supported them in their fight, you made them strong, you delivered the strong into the hands of the weak, the many into the hands of the few”.

From this we can learn about believing in our own power and strength. That we need to start and finish mitzvot before taking on more. As a small group, as the Jewish people, we need to believe in our heritage, in Torah, in the mindset of our ancestors and, most of all: our future.

Please fill out this form to share "Trust God… and Yourself | Parashat Shoftim" via e-mail.