Life, liberty and the pursuit of happiness. 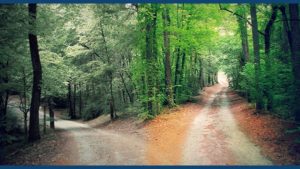 Why would an eighteen verse story in BeMidbar be cut in half and read over two Torah portions?

Our Torah portion, Pinchas, is problematic for a number of reasons. It starts out with the grandson of Aaron – Pinchas – apparently being rewarded for a murderous act of vigilantism. At the very end of the previous week’s portion we begin the story of the Israelites being seduced by the daughters of the Moabites, who tempt our people to make sacrifices to their god, Baal Peor. As a response to this orgy of unfaithfulness, Pinchas picks up a spear and runs through a Midianite princess and an Israelite prince with one blow, while caught in flagrante. We are told that this act of capital punishment, in which Pinchas becomes judge, jury and executioner, ends a plague which killed 24,000 Israelites.

As our Torah portion begins, God bestows the priesthood to Pinchas and his descendants as a hereditary honour, as a “brit shalom” – a “covenant of peace” for all time.

Our Rabbis have struggled with this story for centuries, some believing that Pinchas had done what was right and proper, some critical of Pinchas, and aghast that God would reward this extreme act with so consequential an honour. Does this mean that God, who is described in the Ten Commandments as an El kaneh – a jealous God – approves of zealotry?

I believe that an answer can be derived from underlying themes in the preceding portion and this week’s portion. As a dual citizen of the United States and Canada, I see these underlying currents as one of the chief differences between Canada and the United States. Enshrined in the Declaration of Independence is the centrality of “life, liberty and the pursuit of happiness.” Conversely, the motto of Canada, which originates in the British North America Act of 1867, is the triad of “peace, order, and good government.” I believe that the American motto negatively informs last week’s portion – Balak – and the Canadian motto helps us make sense of this week’s portion. I also find that the Torah supports the Canadian priorities.

Last week’s portion can be seen as a critique of “life, liberty and the pursuit of happiness.” Balaam is commissioned to curse the Israelites, and most of the portion records his frustrated attempts to fulfill his task. God tells the most powerful technocrat of his time that he is not at liberty to exercise his magical powers for the pursuit of his own happiness, which in this case is a king’s ransom for services rendered. The portion ends with the Israelites, their lives assured by God’s watchful protection, turning to libertine practices, by consorting with the Moabites. Pinchas’ response is to terminate an act of free love by two consenting adults with extreme prejudice. If libertarians believe that the only boundary on personal freedom is when it impinges on the freedom of others, there can be no greater breach of this limitation than the act of personal discretion exercised by Pinchas in the murder of Zimri and Cozbi. And yet Pinchas appears to be lauded for his action.

Fanaticism is, by definition, a radical abuse of personal freedom by imposing one’s priorities upon others. But is Pinchas, in fact, rewarded?

Jonathan Omer-Man has suggested, somewhat playfully, that the surest way to control a fanatic is to make him a bureaucrat.  In this he is supported by the Netziv – Rav Naftali Zvi Yehuda Berlin – who contends in Ha’amek Davar that Pinhas’ future actions were circumscribed by his elevation to the priesthood.  By making the priesthood a hereditary office, God drastically limits the number of people who can vie for the role of religious exemplar. And how does one establish such religious credentials? By being “holier than thou,” via an act or pattern of extremism.

This hereditary office is given to Pinchas’ descendants as a brit shalom – a covenant of peace. “Peace, order and good government” imbue the entire portion. After stabilizing the priesthood, our portion describes a thorough census of the Israelites, resolves the inheritance issues of Zelophahad’s daughters, promotes the orderly transition of civil authority from Moses to Joshua, and outlines the order of festival sacrifices. The portion concludes with discussion of the status of vows made by women.

The previous week’s Torah portion deals with excesses of “life, liberty and the pursuit of happiness” and their consequences. Balaam’s ambition makes him blinder than an ass.  The liberty the Israelites experience in the Wilderness turns to libertinism, and then to a deadly plague, which can only be reversed through an act of fanaticism. Our portion, parshat Pinchas, in mid-story, offers a change of values, to “peace, order and good government.”

My Canadian loyalties make me proud to observe that this week’s Torah portion contains some “Canadian content.”

Please fill out this form to share "How “Peace, order and good government” Trump | Parashat Pinchas" via e-mail.